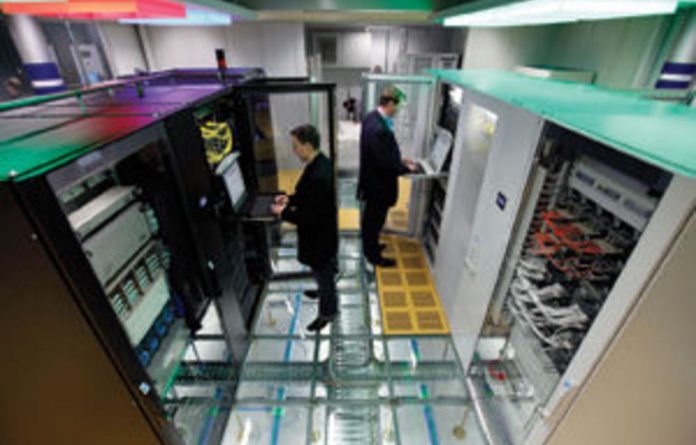 Small business financial operations are undergoing a third fundamental change after the first began roughly two decades ago when the bulk of manual accounting and management processes started making the transition from paper to computer.

Nowadays you would be hard-pressed to find an organisation of any size that didn’t perform most of its financial record-keeping and transactions electronically.

Accounting, banking, payroll, bookkeeping and taxation were catapulted into a new dimension virtually overnight during the second phase of the transition when the commercial Internet Big Bang detonated in the mid-1990s. Personal computers, which had by now become mainstream but isolated from each other in the wider world for just over a decade, were able to connect to other computers in a way that had thus far been the preserve of large corporations.

The third shift, undertaken cautiously, yet somewhat inevitably, is happening right now. It’s a big step that requires a challenging rethink of how small business finances are organised, managed and secured in an environment that’s largely invisible to the people who make use of it.

In line with accelerating trends towards decentralised computing generally, small business financials are now finding their way from standalone or internally-networked computers housed on company premises into the “cloud” — the function of global networking that allows data to reside on any computer anywhere in the world where it can be stored securely, processed swiftly and accessed directly via speedy broadband connections by people authorised to do so.

“Any computer is the world” is a glib way of referring to what are usually extremely secure and sophisticated data centres, crammed full of banks of the latest gadgetry and technology in fortress-like facilities. Until recently islands of financial data have remained firmly in-house. It’s not difficult to see why: a company’s financial intelligence, in listed and unlisted companies alike, is a closely guarded secret because of its commercial, competitive and intellectual value.

Sure, companies process their financials internally but an increasing component is shared online between themselves and, for example, banks, suppliers, customers, accounting firms and the SA Revenue Services. There is an understandable reluctance to change this arrangement or inertia, but as cheaper financial services and software become available remotely — through the cloud — it starts to make sense to take advantage of the opportunities these present.

Software distribution models are changing quickly, more quickly than traditional vendors of these products would like. Even behemoths like Microsoft are bending to the will of dynamics which allow organisations to buy and use software on demand. Some companies even offer these services for free.

GoogleDocs is an online service that offers a fairly high-end office productivity suite via the web. In the accounting world third party hosted services are becoming more popular although, for now, use of them is the exception rather than the rule. Historically, small companies would pay for a software program, install it and run their businesses using it.

When updates or upgrades were released, they would pay for them and then adapt their methods to make the best use of them. Often this would require further expense in the form of retraining users, maintaining systems and paying for support as the transition took place and help was required by users.

It was disruptive but often, not always, the software enhancements were worth the pain and expense of treading the upgrade trail. It’s a model as old as the industry itself. But it provokes intelligent questions from business owners, chief among them: why should installing, maintaining and upgrading software be my problem? And here’s where working in the cloud presents some compelling answers.

Small business owners are now comfortable with the concept of sharing sensitive financial information to trusted entities like banks online. Cloud computing takes this a step further by introducing software as an outsourced service instead of a hitherto grudge purchase with its attendant management headaches.

The concept, like most good ideas, is arrestingly simple — host financial software where it is most effective and inexpensive to do so. That would be off-site, in the cloud, where the base mechanics, upgrades and administration of systems can be done remotely by someone who can do it better than you. And, more importantly, you only pay for what you actually use.

These online financial and accounting services are called web applications or apps. As the moniker implies, they are offered via the Internet directly to users’ computer desktops via their browsers. Much as you would use a browser to conduct banking transactions via your bank’s website, so you perform accounting functions via a web browser.

Financial data is housed and backed up off-site so even if the device from which you work is stolen or damaged, that data is safe and accessible from any other computer connected to the Internet. Currently, small businesses are examining cloud apps cautiously — their principal concerns are security, uptime and a wariness of the unknown.

It’s going to take a fundamental shift in mindset for consumers to fully embrace the cloud but analysts are confident that growth in this sector will accelerate over the next few years as people become more exposed to it. Indeed, anecdotal evidence has it that once people have tried it they seldom look back.

That’s forcing developers of traditional accounting software products to offer at least some of their services online which, by and large, they have done. But they are in no rush to deplete an existing business model that has thus far served them well.

There’s no doubt, however, that a revolution is underway. It’s just not going to be as fast as the original transition from paper to computer to Internet. Right now it is as sluggish as it is inevitable.