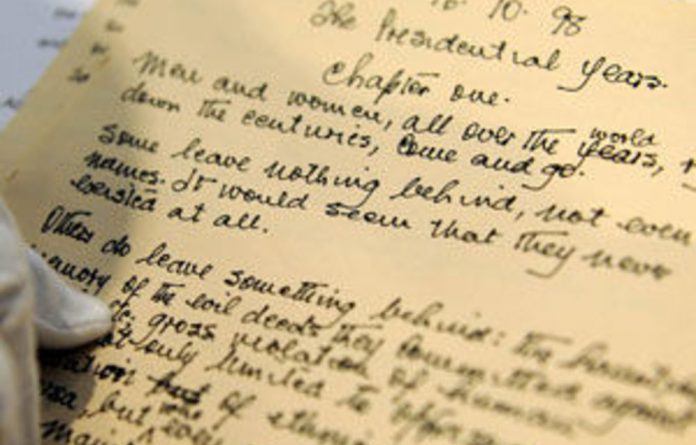 The Nelson Mandela Foundation and Google on Tuesday said they have begun digitising thousands of previously unseen Mandela files to make them available online.

“What sets this archive apart from other resources is that it will be made available for free to audiences around the world,” said Achmat Dangor, the foundation’s chief executive.

A collection of Mandela’s journals while in prison, private letters and notes he scribbled while seated at high-level meetings are some of the articles that will soon be released on the internet.

The foundation said it was negotiating with foreign governments and other institutions that hold some crucial Mandela documents to make them available for archiving.

“We don’t expect them to hand over the originals, but we will accept copies,” said Dangor.

Personal notes
Dangor added that some material may contain extremely personal notes or information about people who are still living.

“We will publish all of those, but in some cases highly sensitive material will not be published. It is not a question of censorship but sensitivity,” said Dangor.

“We will endeavour to make it as comprehensive as possible,” he added.

Google gave the foundation a $1,25-million grant to undertake the project.

The process of scanning some of the fading documents has already started, said Sello Hatang of the foundation.

He said the digitised work will be completed in phases, with the entire archiving process finished in a matter of months.

Mandela is currently recovering at his Johannesburg home after a brief hospitalisation in January.

The much-loved statesman and anti-apartheid hero who became South Africa’s first black president retired from public life in 2004. He only served a single presidential term from 1994 to 1999. — AFP