Bringing back the cool 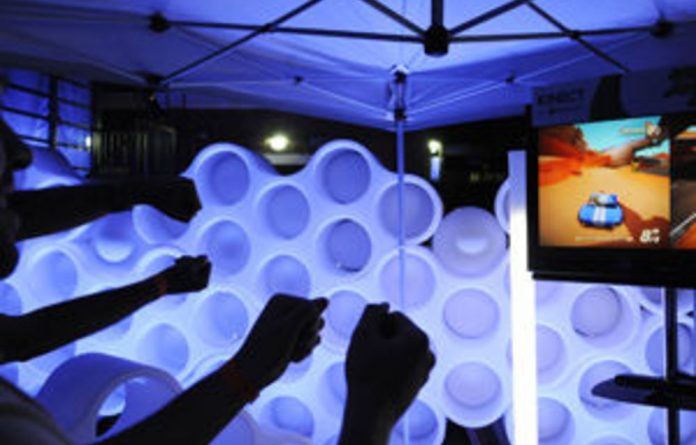 With Windows dominating the desktop operating system market by a substantial margin and Office considered to be one of the most essential pieces of application software the world has ever seen, nobody can dispute the weight Microsoft’s brand carries in the world today.

Unfortunately, however, where that brand used to denote cool, cutting-edge and market-leading capabilities some 10 or 15 years ago, today’s consumers consider Microsoft to be a balding, middle-aged guy that still thinks he’s ‘down with the youth’ because he has a couple of Led Zeppelin albums and still plays computer games.

As you can imagine, it’s not a nice place to be — especially if you’re one of the most successful software companies in the world. But should Microsoft care that the market thinks it’s uncool? Well, the answer is a resounding ‘yes’.

Image is becoming increasingly important and since today’s youth are tomorrow’s decision makers, it’s important that your brand resonates well with the new market. Microsoft wants to be perceived as the company that makes ‘cool technology’ as opposed to ‘the office suite my parents use’. And for that reason, the next couple of years are critical.

The tale of how Microsoft ended up in this place isn’t extremely eventful. Instead of continuing to invent new and interesting technologies Microsoft, more than a decade ago, chose to centralise its efforts on refining what it already had on offer to the market.

By approaching its growth and development in a logical, predictable way Microsoft was unknowingly setting itself up to lose ‘mindshare’ in the market. The technology market likes a little bit of crazy to be mixed in with whatever it’s eating. That should not for a second suggest that Microsoft should have run around the market unpredictably, making risky, crazy decisions. But by being the poster child for restraint and good business practice, Microsoft became boring.

Reliance on Microsoft products
The loss in ‘mindshare’ for Microsoft hasn’t had too much of a financial impact though. In creating solid software like Windows, Office and its various enterprise software solutions, Microsoft has managed to make itself indispensable — and in doing so, managed to ensure its survival. But it feels like the world’s reliance on Microsoft products will not be enough to get it through the next decade and a half with the same aplomb. And it’s like Microsoft feels it too.

While a number of market commentators believe there’s no way Microsoft will be able to transform itself back into a ‘cool’ company again, others — myself included — think that transformation is already afoot. In fact, the company’s two most recent product releases — Kinect and Windows Phone 7 — prove that Microsoft does have some ‘cool’ left in it.

And chatting to Microsoft Research (or MSR as it’s more affectionately known) a couple of weeks ago while on a visit to the company’s Redmond, Washington head office, it became clear that these two new products are just the start. Phone 7 and Kinect are independently cool for vastly different reasons.

Kinect is an add-on for Microsoft’s Xbox360 console that uses a combination of cameras, microphones and other sensors to appraise the console of the player’s movements and, in doing so, allows for doing away with other controller hardware like a joystick or gamepad. It’s pretty futuristic stuff. And more than anything, it shows that Microsoft can still invent and innovate with the best.

Phone 7 on the other hand features a slick, easy-to-use touch interface and leverages a number of key Microsoft properties (Xbox Live, Windows Live, Office Live and its Zune music store). Most importantly however, it supports cloud-based offerings from a number of third parties, like Google and Yahoo out of the box.

This may seem like a small change, but it’s a pretty big thing. It sends a message to the market that Microsoft is no longer threatened by its competitors. It also shows that Microsoft has realised the industry is far bigger than its own ecosystem and supporting the largest number of third party solutions makes its phone platform more appealing.

‘The pressure is on’
These two events speak volumes about Microsoft’s growing coolness and the fact that it can get things back together again. In order for Microsoft to prove that Kinect and Phone 7 aren’t isolated successes, the pressure is on MSR to break new ground, so that Microsoft can turn what’s on the cutting edge of the technology arena into products before anyone else does.

Kevin Schofield, Corporate GM for Strategy at Microsoft Research says that’s the primary reason the company isn’t prescriptive about what its researchers focus on — just that it’s relevant and is capable of moving things forward. “We’re fine with whatever our researchers want to study providing it both advances the state of the art and advances Microsoft products,” he says.

Schofield says the story behind how Kinect happened (essentially the pooling of numerous disparate research projects within Microsoft research) is evidence of both of these goals being achieved in practice. Where that goes in the future is anyone’s guess. But Schofield says that the whole natural user interface (NUI) space into which Kinect fits is a big deal for his company.

He says that too many people think of natural user interface solutions as replacements for the mouse and keyboard. While they are about that to some degree, Microsoft’s research is presenting users with more natural ways of interacting with computers and not just replacing current, legacy interfaces. If humans want to interact with their computers in a more natural, human way, computers and technology will have to become a ton smarter.

If we ultimately want to issue a voice command or ask a question in a natural way, computers will have to be equipped with basic language understanding as well as the ability to read facial expressions and changes in voice tone. They will also have to take into account the context of the person and the situation in which that interaction occurs and then enrich that with a ton of other information, like calendaring, contact and social connection-type information.

It’s early days to say the least. But, when this goal is realised, Schofield says we’ll be looking at a reality where we can simply tell our computer that we’d like to take our partner to dinner and have it arrange all the details, taking into account the same information a human personal assistant would today. Schofield says that a great deal of what his division is working on at the moment branches out to practical assistance it provides to Microsoft’s product groups.

New breed
For example, right now he says MSR is assisting, Microsoft’s search engine, Bing to become better at delivering the search results users want — not refining its algorithm, widening its reach or improving response time but instead understanding the context of the person’s search.

Another project with practical outcomes includes a technology built by researchers looking into operating systems and networking that takes into account a player’s locale, network latency and skill level in matching them up with other players through Xbox Live.

Yet another Xbox-centric technology, namely Avatar Kinect (the ability to have your Xbox Live avatar react to changes in your facial expression, posture and the like), which was built for gaming, could end up changing the video conferencing and telepresence worlds forever.

If Microsoft can use something like Avatar Kinect to create the same kind of experience, but with photo-real images of each conference participant, it will be able to deliver a very realistic experience without the bandwidth requirements of today’s telepresence solutions.

MSR is working on some interesting stuff — and providing the company is able to take its lead from some of the geniuses in this division it should be able to bring the cool back.

That’s because, in a manner of speaking, the target market consists of Microsoft’s own researchers. They’re part of a new breed of customer that’s very sure of what he or she wants and will only support companies and brands with a conscience and sound moral code.

The freedom to do interesting things and make use of technology that, because of its openness, moulds itself around the user’s life is also high on their list of requirements. Microsoft can get all of these things right but it will call for a rather dramatic set of changes. It’s clear that the company wants to change — whether it will or not remains to be seen.