UN aims to bring Somalia off the ‘forgotten’ list 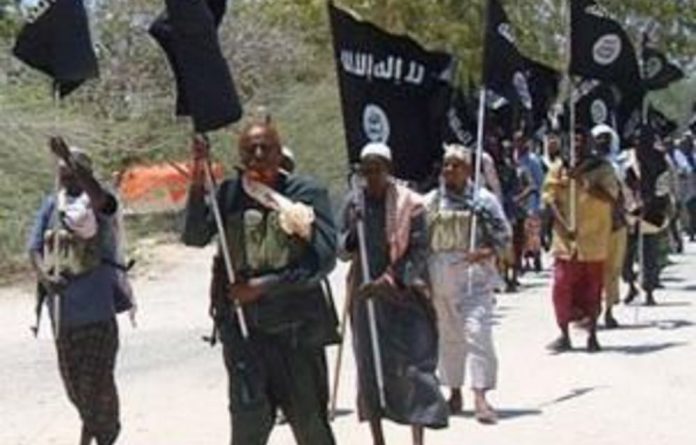 The international community will on Thursday again try to rally to the cause of war-torn Somalia’s UN-backed government, which has launched its biggest offensive yet against Islamist insurgents.

The UN Security Council will hold a special meeting against the backdrop of a major land push against the al-Shabaab militia in which dozens of African Union troops have been killed, while an international flotilla battles pirates.

If a death toll of at least 400 000 from the country’s 20-year-long civil war nightmare was not enough, the UN estimates more than two million people are now threatened by drought.

Somalia is jockeying for global attention with the Libya revolt and the Côte d’Ivoire conflict.

But China called the Security Council meeting, which gives the strongest recognition yet of the need for an effective government if Somalia — which many call the “ultimate failed state” — is to stand any chance of recovery.

In parallel, Russia is circulating a draft council resolution for a later vote that calls for setting up three special courts for Somali pirates and building two special prisons for the sea bandits, diplomats said.

China, council president for March, wants the 15 nations to agree on a statement recognising that Somalia’s strife fuels Indian Ocean piracy and the “need for a comprehensive approach to tackle piracy and its underlying causes”.

The transitional government’s mandate ends in August, with no accord yet between President Sharif Sheikh Ahmed and the various clans and factions on what will follow.

At least 43 Burundi troops have been killed in the latest battle for Mogadishu, according to security sources, and African nations in particular demand greater international help for establishing a stable government.

“It is a very intractable crisis, which has almost been forgotten by the international community,” said South Africa’s UN ambassador, Baso Sangqu, one of three African representatives on the Security Council.

While welcoming the chance to set a broad strategy for Somalia, South Africa is highlighting the continent’s frustration at the rejection of demands for the UN to take over the AU Mission in Somalia (Amisom) force.

“There is no one reason that holds water,” said Sangqu, who accused international powers of using “cynical arguments”.

“If it was a UN force, we would be providing more resources.

“They say ‘Show us what you can do so we can give you more resources and more strength’. How many more lives must be lost before it is realised that somebody has to do something,” the envoy said.

Welcomed
The government’s capacity to provide basic services to the long-suffering population must be strengthened if the militant threat is to be beaten, Sangqu added.

“You see al-Shabaab collecting taxes and organising new generating services that outshines the capacity of the government.

“The international community has to ensure that we provide the necessary nucleus capacity for the transitional government to be able to stand on its own.”

The international community may have to accept “moderate” members of al-Shabaab in any new government after August, he said.

China’s emphasis on putting Somalia high on the Security Council agenda has also been welcomed by European nations, who have spent heavily on equipment and training for Amisom and Somali forces.

They are in turn demanding more effort from the transitional government.

“We also have to be very clear,” said German ambassador Peter Wittig. “The Security Council cannot by itself bring a solution to the conflict. We expect the transitional federal government and the Parliament to live up to their own commitments.” — AFP

New ICC war crimes prosecutor up for a tough time