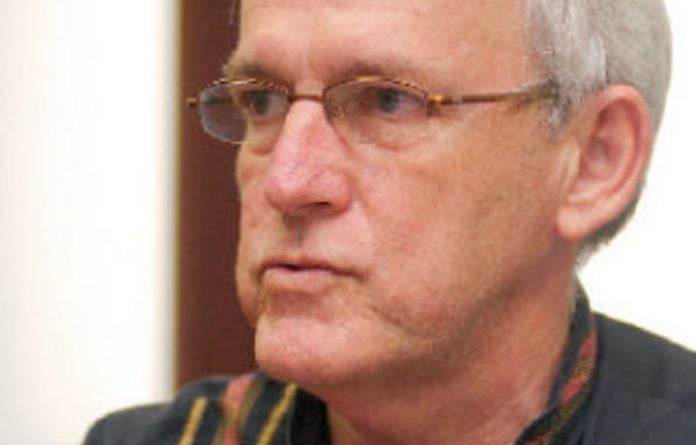 The Hawks priority crime unit has “made inquiries” about eThekwini manager Mike Sutcliffe’s alleged failure to cooperate with a forensic audit of massive housing irregularities in Durban.

The audit is being conducted by Willie Hofmeyr’s Special Investigating Unit (SIU). The Sunday Times reported at the weekend that the arrest of senior eThekwini officials was imminent. However, Hawks spokesperson McIntosh Polela denied that the unit was investigating Sutcliffe, the deputy municipal manager for procurement and infrastructure, Derek Naidoo, or the housing head, Cogi Pather, and added that no warrants of arrest had been issued.

But Polela said Sutcliffe had written to the unit this week to “clear the air” and said that he “is willing to co-operate with us in any investigation” the Hawks are conducting.

But another well-placed Hawks source said that the eThekwini manager “apparently didn’t want to be a part of that investigation”. This week the SIU confirmed that although it is not currently involved in any investigation into irregular spending by eThekwini it has been mandated to investigate “suspect housing contracts” in the city.

The unit said it is investigating the “‘top 20 most dubious [housing] projects around the country” and action taken will include 10-year restrictions on companies doing work for the government, the “recovery of monies paid out to them as a result of their criminal activity” and prosecution where necessary.

The KwaZulu-Natal housing department confirmed that 13 SIU investigations are under way in the province, but could not say whether the municipality is under scrutiny.

At issue are council housing tenders that allegedly ignored supply chain management regulations. These were highlighted in the auditor general’s annual report and an independent report by auditing firm Ngubane and Company commissioned by the city’s audit and risk committee.

‘Irregular expenditure’
The auditor general found the municipality guilty of irregular expenditure totalling R532-million in the past financial year, most of it relating to housing projects. Ngubane and Company found that tenders for the refurbishment of the municipality’s rental stock in the Chatsworth areas of Westcliffe, Crossmoor and Bayview dating back to 2008 flouted proper supply chain management procedures.

The three companies that won the multimillion-rand tenders were Doctor Khumalo Construction, RGZ Project and Uhlanga Trading Enterprise. Also implicated in the report is Vaughn Charles and Associates (VCA), which was found to be “conflicted— having been involved in the procurement process from the specification stage right through to the evaluation and certification of payments to the service providers”.

Vaughn Charles and former president Nelson Mandela’s granddaughter, Nandi Mandela, were directors of Dolphin Whispers, which ran aground after defaulting on a R48-million loan from state-run Ithala Bank for an apartment block development on the Point Waterfront. Because of structural defects, the building remains unfinished six years after the initial loan was made.

The Ngubane report found that in Chatsworth the R23-million Bayview contract went to Doctor Khumalo Construction, which had no tax certificate, occupational health and safety certificate or Workmen’s Compensation Fund certificate, as legally required.

The report also found that Uhlanga Trading Enterprise’s contract price leapt from an initial R12,7-million to almost R22-million. A total of R16,7-million had been paid to Uhlanga by September 2008, compared with just R7,8-million according to payment certificates “which were found”.

RGZ Project’s contract price was doubled, from R8,7-million to almost R17,5-million. While the total amount paid to the company by August 2008 was R12,4-million, payment certificates that were found accounted for just R6,9-million. Sutcliffe, in a terse response to emailed questions from the Mail & Guardian, said that these figures are “not true” and Ngubane’s allegations that he, Pather and Naidoo had acted unlawfully are also “not true”.

He did not respond to the M&G‘s query about the revised cost of the Chatsworth rehabilitation projects. Asked whether he was unwilling to cooperate with the SIU audit, he said: “Who from the Hawks said this about me?”

Sureshinee Govender, the eThekwini housing department spokesperson, said it will cost the department about R1-billion to demolish and rebuild 22 000 housing units inspected since May last year and deemed unfit for habitation.

Toyota factory in KZN up and running four months after...