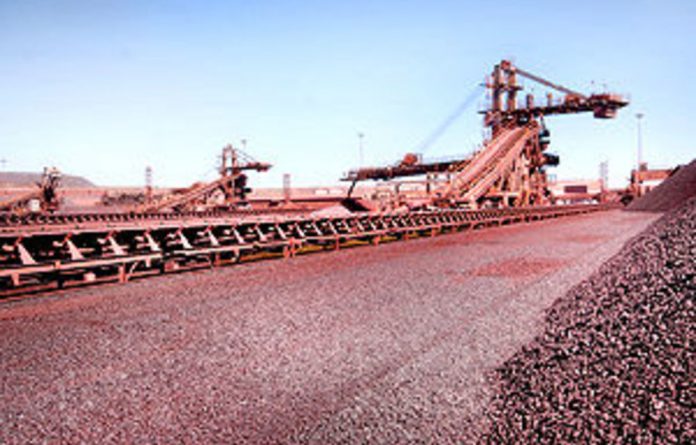 In the ongoing fight between Kumba Iron Ore and Imperial Crown Trading (ICT) over mining rights to a 21,4% share of Sishen mine, ICT have made serious allegations of poor environmental management by Kumba.

ICT, in a responding affidavit to a high court review application by Kumba, claimed a former contractor to Kumba said he witnessed the illegal dumping of toxic waste at the mine.

Armando Costa, the director of Emkhankasweni Waste Management Services (EWMS), said he had seen many contraventions of the National Environmental Management Act at the mine before his contract was prematurely terminated.

But Kumba told the Mail & Guardian that Costa was a “disgruntled contractor” who tried to blackmail the company — he “tried to shake the company down for millions. Costa met with Kumba chief executive Chris Griffith in January this year and allegedly offered not to submit an affidavit to ICT, although he had been offered benefits to do so, in exchange for the reinstatement of a R28-million contract as well as R22-million in compensation for expenses incurred.”

In his affidavit Costa denied that he had been offered or given any benefits from ICT for his testimony. He said that he told Griffith only that ICT members were impressed by the effectiveness of his micro-encapsulation process and “were happy to make introductions to people in mining and other industry — with a view to afford him the opportunity to make presentations to them”.

Costa said Kumba’s allegations were clearly designed to intimidate him and discredit his testimony.

Lack of compliance
Bheki Khumalo, spokesperson for the department of mineral resources, said that the application by SIOC for the contested 21% share at Sishen “has been refused for, among others, lack of compliance with certain aspects of the Act which relates to environmental issues”.

The rights were awarded to ICT in January because Kumba had failed to conduct an environmental impact assessment or submit an environmental management plan within 180 days of when it was notified to do so. The department said an investigation was conducted at Sishen mine towards the end of last year regarding environmental issues and Kumba was found to be in contravention of Section 38 of the Mineral and Petroleum Resources Development Act of 2002.

EWMS signed a contract with SIOC in 2006 to treat hydrocarbon contaminated waste, using micro-encapsulation, at the Aldag service station.

Costa said that he had personally witnessed the illegal dumping of hazardous hydrocarbon waste at “unpermitted” and unlined areas at the mine by mine contractors and employees alike.

He claimed that dumping sites — such as Aldag and South Mine — had no or inadequate measures to prevent toxic waste from contaminating soils below and around the dumping areas and the groundwater in the vicinity.

“It became clear to me that SIOC was presenting both these dumps as if they were temporary facilities which were cleaned up every 90 days,” Costa said.

Toxic waste linked to fatalities
‘SIOC could have operated these dumps on that basis, provided that there was, at the very least, pending applications for exemption to do so in terms of the National Environmental Management Act. I verily believe, however, that there was never any such application pending.”

Costa claimed that the toxic waste at Sishen was even responsible for deaths in the area. “I learned that after rains saturated its slimes dams, SIOC was pumping the contents thereof into the Kathu municipal sewerage works, disrupting their efficacy and this led to several incidents of E. coli infections among the town population,” Costa said. “I learned that there had been fatalities as
a result.”

SIOC cancelled EWMS’s contract on April 30 2009, the same day it applied for the mining rights to the 21,4% stake. Costa said he was told the termination was due to lack of funding, although annual reports indicated massive increases in profit at the time.

But, Kumba said, “the spurious allegations relating to Kumba’s environmental management programme are irrelevant to the high court review application.

“Kumba did not cite financial reasons for termination of the contract but said it had decided to rather use bioremediation (natural bacteria and bugs that consume contaminants). The termination of the arrangement with EWMS did not negatively affect Sishen’s waste management activities at the mine,” Kumba said.

Kumba claimed that the departments of mineral resources and water affairs and the Green Scorpions regularly made environmental inspections at the Sishen mine and had not raised any concerns. The company said it monitored environmental compliance constantly and complied with its environmental obligations.

Kumba also denied that there were inadequate measures to prevent toxic waste permeating the soil at Sishen. It said that when EWMS’s technology was used at Aldag, “remaining untreated soil was moved to old concrete-lined areas in the South Mine, where any further possible contamination is prevented”.

Kumba denies accusations
The Waste Act came into operation in 2009, after the termination of Costa’s contract, and Kumba applied for a waste management licence in early 2010 to manage the toxic soils. In February this year Kumba said it received a letter from the department of environmental affairs accepting its scoping report for the licence application and Kumba was currently “undertaking the EIA phase of the application and expect the licence to be issued in August 2011”.

Khumalo said that although Kumba’s rights to 79% of the mine still stood the department took environmental compliance issues very seriously and if transgressions or non-compliance with the environmental management obligations were found, it was obliged by law to take action against offenders.

Africa needs to cool down – urgently