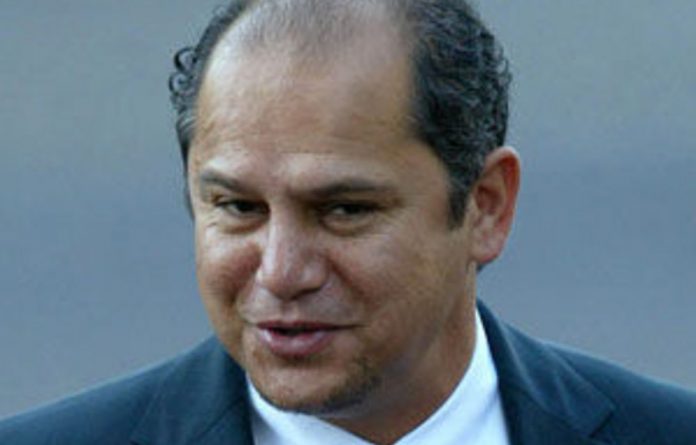 This follows news reports on the weekend that Shaik had allegedly assaulted a man.

“Mr Schabir Shaik has been booked in at the Westville Correctional facility. We took a decision last night,” said Nosiviwe Mapisa-Nqakula on Monday. “The decision was taken by the regional commission in KwaZulu-Natal in consultation with the national commissioner and myself and … we agreed he should be booked in.”

She also confirmed that he did not hand himself over to authorities.

“Correctional officers went and picked him up from his house,” she said.

The Sunday Times reported that Shaik hit a man, Mohamed Ismail, outside a mosque in Durban. Shaik allegedly parked the man in, who was trying to get to hospital. He allegedly punched him in an altercation.

The Star on Monday quoted Shaik as saying the Sunday Times report contained “half-truths” about him, but did not deny that he hit the man.

Medical parole
The police are investigating another case against Shaik, which was made by a Sunday Tribune reporter, for allegedly choking and slapping her at a golf course about two weeks ago.

Shaik was released on medical parole in March 2009 but opposition parties questioned whether he really was “terminally ill”.

In 2005, he was convicted of fraud and corruption and sent to jail for 15 years. The current President, Jacob Zuma, at the time was axed as deputy president as a result of Shaik’s conviction. Shaik was Zuma’s financial adviser.

But Shaik served only two years and four months of the 15-year term. He was released on medical parole shortly before Zuma became president.

Reverend Frank Chikane has just completed six years as the chairperson of the Kagiso Trust. He speaks about corruption, his children’s views and how churches can be mobilised
Read more
Friday

In the book, The Indian Africans, academic Kiru Naidoo explores the society of colonial Natal in the late 1800s to early 1900
Read more
Politics

Home affairs minister admits South Africa has weak borders, and that the Bushiris had 10 passports between them
Read more
Advertising