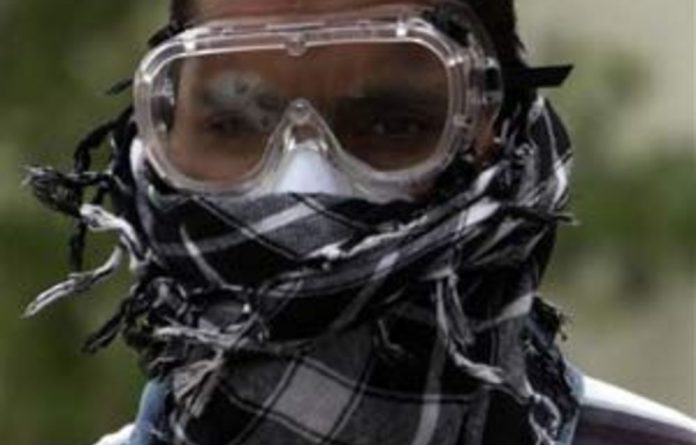 Hundreds of Bahrainis gathered on Friday to bury an activist killed in a crackdown on mainly Shi’ite Muslim protesters that has angered Iran and raised tensions in the world’s largest oil-exporting region.

Mourners carrying black flags and pictures of activist Ahmed Farhan, who was killed on Wednesday, waited at the cemetery for his body to arrive. No security forces were present and it was unclear if police would disperse the mourners under a blanket ban on public gatherings.

“This is a big loss… They can say what they want about us but we are non-violent. We will never use violence,” said Yousif Hasan Ali, who was in jail with Farhan (30) for over two years.

“They may silence this generation but another will rise up to demand revenge for the blood that was shed now.”

Bahrain has arrested seven opposition leaders and driven pro-democracy demonstrators from the streets after weeks of protests that drew in troops from its fellow Sunni-ruled neighbours and prompted the king to declare martial law.

The crackdown has drawn sympathy protests from Shi’ites across the region, including top oil exporter Saudi Arabia, which has sent more than 1 000 troops into its tiny neighbour.

Shi’ite Muslim power Iran, which supports Shi’ite groups in Iraq and Lebanon, has complained to the United Nations and asked other neighbours to join it in urging Saudi Arabia to withdraw.

“How could one accept a government to invite foreign military forces to suppress its own citizens?” Iran’s Foreign Minister Ali Akbar Salehi said in a letter to UN Secretary-General Ban Ki-moon, also addressed to the Arab League.

In a sign that tensions were rising, Bahrain said: “Iran’s move does not serve security and stability in the Gulf region.”

Over 60% of Bahrainis are Shi’ites. Most are campaigning for a constitutional monarchy, but calls by hardliners for the overthrow of the monarchy have alarmed Sunnis, who fear the unrest serves Iran, located across a short stretch of Gulf waters from Saudi Arabia and Bahrain.

Bahraini state TV called the detainees leaders of “civil strife” and said they had been communicating with foreign countries and inciting murder and destruction of properties.

It did not name the countries. Analysts say the intervention of Saudi Arabia, which is worried Bahraini unrest will incite its own Shi’ite minority, risks a growing standoff with Iran.

Oil prices rose on Thursday on growing geopolitical tension in the Middle East and North Africa.

Capital flight is starting to put pressure on Bahrain’s currency and threaten its position as a Gulf financial centre.

Most Western nations have urged their citizens to leave.

Friday prayers
The ferocity of the crackdown, which has seen troops and police fan out across Bahrain, impose a curfew and ban all public gatherings and marches, has stunned Bahrain’s Shi’ites.

On Thursday, opposition activists told a news conference they would press on with peaceful resistance, holding a sit-in inside the mosques after Friday prayers, standing outside their homes at certain hours and flying the flag from their rooftops.

Wefaq supporters will also call Allahu Akbar, or God is Great, from their rooftops at night in peaceful resistance.

It was not clear what else they could do without provoking a confrontation and some ordinary Shi’ites said they were waiting for guidance from Sheikh Issa Qassim, the country’s top Shi’ite Muslim cleric, who is due to give a sermon on Friday.

“We are waiting to see what Sheikh Issa Qassim says,” Hussein al-Ali, from a Shi’ite Muslim area near Sar, said.

Among those detained overnight were Haq leader Hassan Mushaima and Wafa leader Abdel Wahhab Hussein, who had led calls for the overthrow of the royal family, Wefaq officials said.

More moderate Wefaq had limited its demands to political and constitutional reform. Also arrested was Ibrahim Sharif, head of the secular Left party Waad that had the same demands as Wefaq.

In Geneva, U.N. High Commissioner for Human Rights Navi Pillay urged Bahrain on Thursday to rein in its security forces, citing allegations that they had killed, beaten and carried out arbitrary arrests of protesters and attacked medical workers.

On Thursday, more than a dozen casualties who had been taken to Bahrain International Hospital during the crackdown were gone. Nurses said they had mostly been suffering from teargas inhalation and cuts and bruises. The wards were empty.

Tanks were still guarding the entrances to Salmaniya hospital on Thursday and slowing entry down with searches, after raiding the compound during the crackdown to clear tents that had been set up in the car park by opposition activists. – Reuters