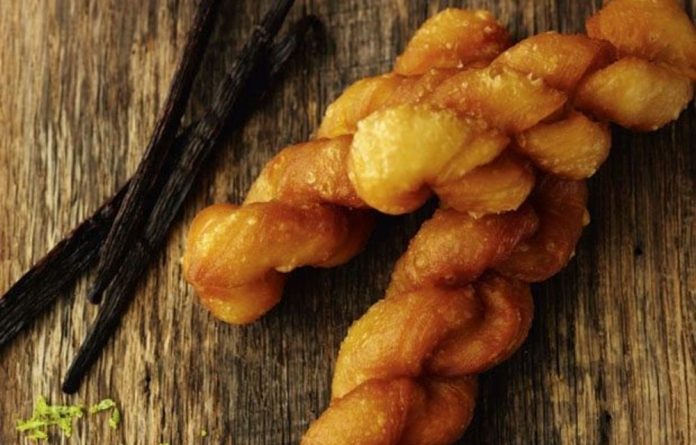 If you had South African friends in London in the 1980s, you may remember their plaintive requests for comestibles from home.

We were also the first in the world to have Appletiser. The British Marmite, the exiles said, might be the original, but it was thinner and didn’t taste as good as the South African version. Economic sanctions were on and Cape fruit was still banned or relabelled as ‘produce of Israel”.

South African eccentricities
Getting on the flight to London, you would easily find yourself carrying an extra 10kg of groceries in your baggage and a few bottles of hefty Pinotage in your hand luggage. I remember the more adventurous smuggled ‘Swazi gold” and Transkei dagga inside dried-fruit rolls.

As late as 1999, on a trip to New Zealand, I was baffled to find a section of a food aisle in an Auckland supermarket dedicated to such South African eccentricities as canned spaghetti in tomato sauce, liver paste, Ricoffy and Koffiehuis.

Nowadays what you can’t find overseas you probably don’t want. In almost any London restaurant you can order rooibos tea. At one stage Fortnum and Mason’s exotic food hall range even carried vacuum-packed salted Mopani worms.

Fellow countrymen
The South African community has continued to grow around the world, especially in London. I can no longer count the number of restaurants, from the Wolseley tea room to the corner Wagamama noodle bar, where the young waiter with an unstable English accent turns out to be a thinly disguised fellow countryman. Once unmasked, it’s all smiles and bonhomie.

South Africans now own and operate several restaurants in greater London and I know of another in Manchester. These serve such local dishes as butternut soup, kudu carpaccio, samoosas, boerewors, ostrich fillet, springbok, crocodile, frikkadelle, bobotie, potjiekos, bredie, steak with monkeygland sauce and melktert. It’s enough to make one believe we have a national cuisine.

In Camden the £5.5-million, 2 500m2 Shaka Zulu has just opened. Appropriately gaudy and staged on two floors, it has a braai restaurant, oyster bar and night club.

Claustrophobic dive
The sporty Bok Bar near Covent Garden, which had been around for several years, closed just months after World Cup fever. It was always a bit of a claustrophobic dive and had that bar-room malodour. It used to serve such things as prego rolls, chakalaka and a ‘Schalk burger”.

In central London, right next to the Palladium just off Oxford Street, is the Cape Town Fishmarket. It is almost identical in design to its local branches (there are now 24 stores in six provinces), decked out in blues and greys, with slate floors and slate-patterned table tops, banquettes, a conveyor belt sushi bar, a counter display of fish and shellfish on crushed ice and a rather bare aquarium. It also plays noisy 1980s and 1990s pop rock hits. On the walls are greatly enlarged historical photographs: the Kalk Bay snoek harvest, fishmongers in District Six in 1936 pushing their cart laden with long, glistening snoek, fisher folk in fezzes from 1909 and the Cape Town docks with horse-drawn carts.

Nothing to write home about
The available South African wines are mostly from well-known corporate estates such as Nederburg, Lanzerac, Boschendal, Van Loveren, Douglas Green. This month it had Beyerskloof Brut on promotion. In stock are a few vintage wines such as a Simonsig Tiara 1998 (£44.95), Le Bonheur Prima 1995 (£38.95) and a 2001 Hartenberg Merlot (£42.95). In addition to the sushi, it offers bento box lunches and a tepanyaki grill.

I popped in to try its seafood curry (£19.45), which is served in a small, three legged cast iron potjie. In a peppery brown sauce, rich and thickened with onions, were four tiny black mussels in open shells, a few calamari tubes and tentacles, a titbit of crayfish tail, three prawns with the heads on and a small piece of fish. There is nothing wrong with the food, but there’s nothing here to write home about either.

As is the trend with London restaurants a 12.5% service charge is automatically added to the bill.

On my way out I overheard the man in the banquette next to me tell the waiter: ‘It’s one of the few places I can go to where they don’t say ‘what?’ when I ask for brandy with my Coke.”

Jabula, on the waterfront side of Manchester ship canal, Manchester. Tel: 0151 3551163. Map on website: www.jabula-restaurant.co.uk;