No threat to African centre 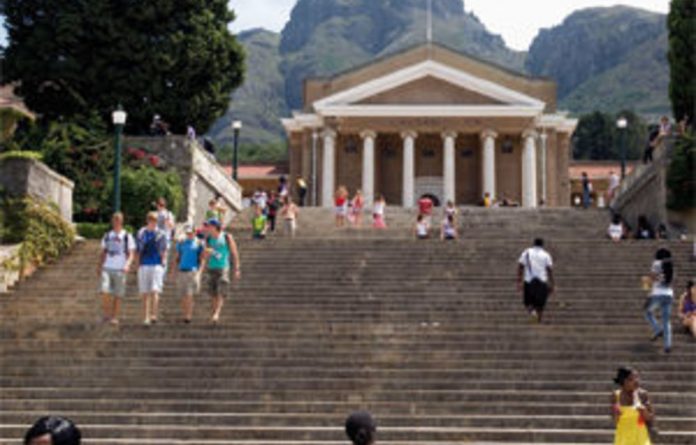 The article in question draws attention to current debates at the University of Cape Town with a longer history, primarily within the humanities faculty, on what constitutes “African studies”, its disciplinary bases and appropriate institutional location, what it means to be African, how appropriately to write about Africa and how to invigorate an interest in Africa at UCT.

Part of the debate, given UCT’s new mission to be an Afropolitan university, is about whether having a dedicated Centre for African Studies undermines or undervalues the vast amount of work done and to be done in other departments and faculties in, on and with Africa.

Or, on the other hand, does it perhaps absolve some, whose focus remains firmly Eurocentric, from the responsibility to engage with African knowledge production and attendant epistemological issues — because they can say that that gets done in the centre?

These are pertinent questions and it is understandable that they generate divergent responses. It is completely in line with the argumentative traditions that make and shape university life.

Unfortunately, Macfarlane’s article has been sensationalised and distorted by the misleading headline, which has almost nothing to do with the content of the article. Plastered on billboards and smacking of scandal, it colours the article with insinuations of a debilitating conflict and a deep institutional conservatism.

Interpretation
The headline also places bias on the interpretation of Macfarlane’s comments on the processes followed, suggesting that it was a top-down administrative decision and has generated a rebellion from the academics and students below; and finally that this behind-the-scenes manoeuvring by the faculty leadership was “forced into the open” by student social networking (North African revolutionary strategies come to mind).

The facts are that from September 2009 a group of academics based in the centre, the African Gender Institute, department of social anthropology and the linguistics section, have been involved in discussions about the idea of creating a new school, currently referred to as the New School for Critical Enquiry in Africa.

If this school were to be born it would be the second largest in the faculty of humanities and would draw together exciting, multidisciplinary research and teaching about epistemologies and representations of Africa, heritage and public culture, archive studies, language and migration, indigenous knowledge systems, feminism and violence, land reform and democracy, and much more.

For such a new school to be formed, if this is what the faculty decides, all the participating units would need to be dissolved as departments to become part of the new larger formation. Some units might continue as research groups within the new school. It has also been proposed that a version of the centre might continue as an umbrella forum across departments and faculties.

There is a controversy about the process that derives from an anonymous group of students that has been active online to register their strong concern about “plans to close” the centre and who allege that they have not been consulted. While we appreciate their commitment to the centre and have invited them, via their Facebook page, to participate fully in the discussions, they have chosen to remain anonymous. This makes the discussions they themselves urge somewhat more complex.

Transparent proposals
The process underpinning the new school proposals has been transparent, consultative and inclusive. It has involved a large number of senior staff in the faculty.

It included at least two full workshops and four working groups that met to develop perspectives for discussion on the issue. An open-to-all faculty forum was held.

At a subsequent faculty board meeting on March 9 the heads of the participating units, including the centre, remained committed to taking the merger discussion further. The board strongly supported the process and decided that professor Lungisile Ntsebeza should facilitate ongoing discussions to include some new ideas that were raised. These discussions are open to anyone interested, certainly students, and will eventually require the formal support of the humanities faculty board and senate prior to placing them before council.

While anxiety about the “closure” of the centre is understandable, it has been made clear from the start that there will be no closure of the courses, programmes, research projects and exchanges currently offered through it. Nor are any jobs at risk. Similarly, the African Gender Institute will retain its unique identity as a research unit and all its teaching programmes will be offered through the new school.

I do hope we will be able to refocus the discussion in the M&G pages on the important issues of the nature and place of African studies in an African university, rather than the somewhat technical and parochial processes of restructuring departments.