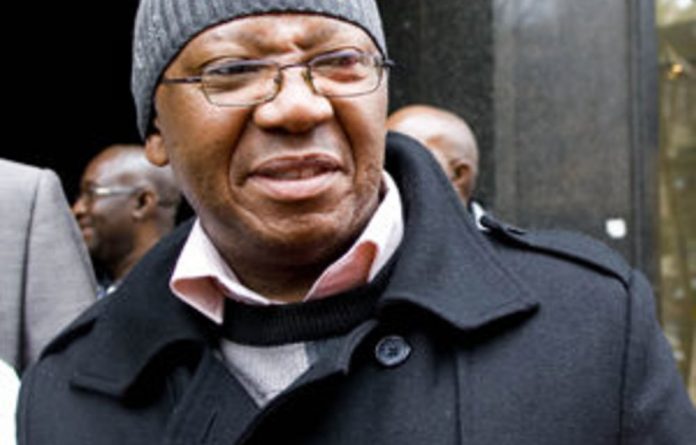 The Umkhonto weSizwe Military Veterans’ Association (MKMVA) believes it got R250-million worth of shares from a company linked to the Gupta family and President Jacob Zuma’s son Duduzane, the association’s president, Kebby Maphatsoe, has confirmed for the first time.

That may explain the association’s public defence of business link’s between Zuma’s family and the Guptas, but the real value of the MKMVA stake appears to be far lower.

Maphatsoe earlier this month publicly accused the media and some ANC leaders of peddling unfounded allegations about the Guptas and Zuma’s family. His accusation followed reports of growing resentment within the ANC about the influence of the Gupta family over Zuma.

Maphatsoe’s pronouncement at the time that there was no truth in such media reports caused major divisions within the MKMVA and its deputy secretary, Ramatuku Maphutha, publicly distanced himself from ­Maphatsoe’s position.

Now some ANC leaders who asked not be named have told the Mail & Guardian they believe Maphatsoe and other MKMVA leaders have benefited financially from the Gupta family themselves. They ask how Maphatsoe is able to afford top-of-the-range vehicles and a luxury house when he is not getting a salary from the MKMVA.

But speaking to the M&G this week, Maphatsoe vehemently denied these allegations, saying they were being raised because “we exposed faceless people” who are out to destroy Zuma’s image as president. Maphatsoe said no MKMVA leader was in the pocket of the Guptas. “I have never received a single cent from them [the Guptas]. What I know is that they gave us [MKMVA] shares worth R250-million through the Shiva Uranium Mine, for the benefit of our members.” The Guptas bought the mine from Toronto-listed Uranium One last year for $37-million.

The share register for Shiva Uranium shows that its new owners are two companies, Islandsite Investments 255 and Oakbay Resources and Energy. Islandsite, which holds 26%, is controlled by Duduzane Zuma and Rajesh Gupta, the youngest of three Gupta brothers. According to a statement issued by Shiva Uranium last year, Duduzane’s stake was shared with the “MK war veterans” and its women’s group, which together own 5% of Islandsite which is equivalent to 1,25% of Shiva.

Appreciation
Assuming the mine is worth roughly what the consortium paid for it, about R280-million at current exchange rates, the combined MK vets’ and women’s stake is worth just R3,5-million. Oakbay Resources and Energy, which holds 74% of Shiva, is owned by Gupta family vehicle Oakbay Investments and a businessman from India. Said Maphatsoe: “We appreciate what they [the Guptas] have done for us. Most of our members are sick and cannot afford to go to hospital. Are people suggesting that our members should die poor?

“Every time when our members die, we are forced to go to people within the organisation to ask for donations. If you come to our offices, you will understand the frustration our members are confronted with on a daily basis. Some are suffering from strokes. At night they worry what their kids are going to eat. The Guptas did what many ANC leaders who are multi-millionaires never did for us,” said Maphatsoe.

MKMVA would continue to do business with the Guptas because it was to the benefit of its ordinary members, he said. Another senior MKMVA leader this week claimed the organisation recently summoned Zuma to its headquarters at Luthuli House to explain his relationship with the Guptas. “The reason for summoning him [Zuma] was [to] get a clear explanation from him regarding the negative perception his relations with the ­Guptas have created,” said the MKMVA leader, who asked to remain anonymous.

Maphatsoe vowed that his organisation would continue to defend Zuma. “We are not going to sit back and watch as people try to destroy the organisation. We will defend President Zuma, as we did in 2006 [during his corruption trial]. No one will shift us from that decision. When we were elected, we took an oath to serve our people and die in defence of our organisation.

“It is unfortunate that we treat each other as foreigners. Comrades can no longer sit and drink together. We forget that the monopoly capital in this country is still in the hands of white people.”

Maphatsoe did not mention names to the M&G. He has previously accused ANC Youth League president Julius Malema of being one of the ANC leaders who have implied that the Gupta family wields undue influence over Zuma, using this influence to secure government business deals.

This was after Malema lashed out last month at families who he said enriched themselves in the name of freedom. The youth league leader was speaking during the launch of the ANC manifesto at the Royal Bafokeng stadium in Rustenburg.

Youth League spokesperson Floyd Shivambu said at the time that Malema had merely raised the matter in relation to the principle that ANC leaders should not use their power to enrich themselves and their families.