Ramping up the battle against TB 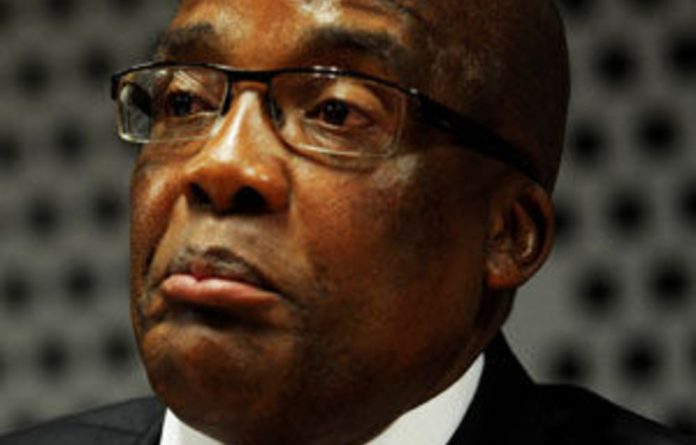 The battlefield in the fight against tuberculosis (TB) has been mapped out in the province with the highest prevalence of the disease — KwaZulu-Natal.

The government’s response to the growing pandemic has been articulated through the Intensified Case-Finding Initiation, an intervention launched in February 2011 in KwaZulu-Natal’s eThekwini municipality. The intervention aims to provide household HCT (HIV-counselling and testing), including TB screening and testing if necessary.

Minister of Health Aaron Motsoaledi launched the initiative in Durban on Thursday, World TB Day. The intervention will incorporate world-class and economically viable infection-control architecture, together with advanced technologies to assist in detecting and treating TB.

South Africa is ranked third on the list of 22 high-burden TB countries in the world. One percent of the South African population gets TB every year.

Catherine Booth Hospital
One of the soldiers in the fight against TB is the Catherine Booth MDR-TB Hospital in Amathikulu, Durban. Founded by Salvation Army missionaries William and Catherine Booth in 1912, the 170-bed state district hospital serves a population of more than 66 000. Currently a new MDR-TB unit, with 40 beds — 20 female and 20 male — is in its final stages of construction. The unit will cater for Uthungulu district MDR-TB cases, offering in-patient, out-patient and pharmacy services.

Bruce Margot, coordinator of the TB control programme in KwaZulu-Natal, said the hospital was a decentralised site. “It gets treatment units closer to where the people are.”

He said another advantage is that families can visit as buses and taxis can travel to the premises at a cheaper rate than going into town.

The hospital is situated in a rural area, and for some locals it is within walking distance. The new MDR-TB unit is separated from the rest of the hospital by a fence and is structured in such a way that out-patients and in-patients do not mingle. The most critical patients will be admitted to units closer to the nurses’ station. Patients will also be able to cook their own meals should they not desire hospital meals.

Unlike at most hospitals, the sputum booth — where patients are required to cough so as to test the progress of their treatment — is situated outside in open space. Sputum booths are the highest risk areas; however, this one has maximum ventilation because it is an open structure, placed outside with enough air supply.

Geoff Abbott of the Council for Scientific and Industrial Research’s (CSIR) built environment said the hospital was built using donor funding from the Global Fund. He said reduction of the risk of infection from patient to patient and patient to staff was prioritised.

This is evident in the design of the structure, which has prioritised the need for ventilation above all else in an effort to “reduce the number of infectious particles in the air”. He said that the design of the windows, which direct air upwards, and roofs with panels that open to let air in, should allow 16 air changes in the room in an hour.

The new premises will also house an audio room for check-ups — deafness is one of the side effects of MDR-TB medication — and a recreation block where patients can keep busy.

The Global Fund has donated more that R92-million for similar structures to be built in seven provinces, excluding Western Cape and Gauteng. The seven provinces have each contributed R115-million towards the projects.

Smartphones
Smartphone and Google Earth technology will be used to assist in managing, detecting and treating the disease.

The smartphone technology creates a virtual database of households in eThekwini, complete with socio-economic data, health profiling and GPS coordinates that allow health workers to monitor progress and health outcomes on a micro-household level.

This technology will assist in monitoring patients’ treatment and their contact with their family. It will also identify hotspots, defaulters, as well as those who have completed treatment.

GeneXpert
Motsoaledi on Thursday unveiled a new and faster diagnostic TB machine for use in a Durban hospital.

The machine is called the GeneXpert. It will make the results of the diagnosis available within two hours, as opposed to the three to five weeks patients currently have to wait .

“It used to take us a very long time, but now we know in 120 minutes if a person has TB or not,” Motsoaledi said as he unveiled the machine at Prince Mshiyeni Memorial Hospital in Umlazi, Durban.

He said the machine was faster and more accurate compared with the microscopes previously used.