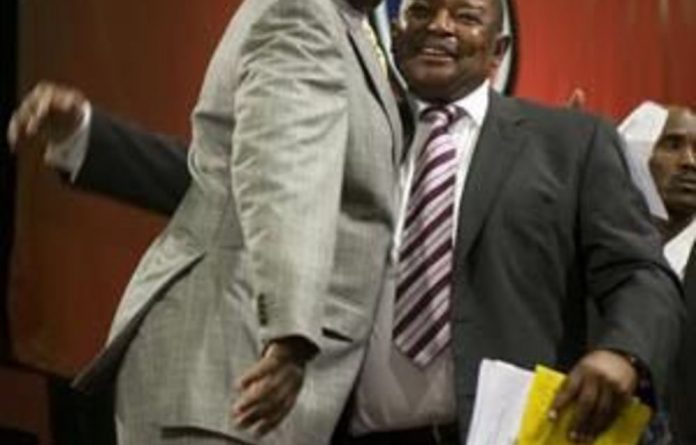 The Congress of the People (Cope) looks set to present a serious headache to the Independent Electoral Commission (IEC) as it prepares for the local government elections, scheduled for May 18.

Power wrangles have torn Cope apart so widely that it will contest local government elections as a faction rather than as the party that caused political waves when it was formed. On the eve of the submission deadline for candidates, Cope still had parallel lists of candidates in almost all the provinces corresponding to the party’s opposing leadership factions. The party was also in court, with each faction seeking legitimation of its leadership.

The faction led by founding president Mosiuoa Lekota sees itself as the legitimate one after the South Gauteng High Court granted it an interim order barring co-founder Mbhazima Shilowa from Parliament.

The Lekota faction immediately interpreted the order as the court’s way of recognising Shilowa’s expulsion from the party, an expulsion decided on by Lekota’s sympathisers.

The Shilowa group is appealing the court order. This week Philip Dexter, spokesperson for the Lekota faction, said the party has dealt with its “internal differences” and is now on course to participate in the local government elections.

Court order
The IEC can only accept candidate lists from Lekota’s faction in compliance with the court order that recognised him as the legitimate Cope president, Dexter said.

The IEC reiterated this week that a further court ruling would have no bearing on the Cope lists if it comes after the March 25 deadline for submissions. This means that if Shilowa’s faction wins its court challenge after the Friday deadline it will probably be stuck with the lists the Lekota-led faction has submitted.

The Shilowa faction could, however, still approach the courts for an interdict against the IEC lists process — a plan the Mail & Guardian has reliably learned is on the cards. “Our objective is that by Friday there should be a court order that favours us,” said an insider in the Shilowa camp.

IEC chief electoral officer Pansy Tlakula said the commission will not accept any lists after the deadline “unless there’s a court interdict stopping us from doing that”. Dexter said the party “tried to accommodate people everywhere”, but admitted that the process could not achieve the required results. “Those who have gone and done their own thing are obviously out.”

He blamed the Shilowa faction for frustrating the party’s election preparations through the courts. “This is an attempt to delay us from handing in the candidate lists on time, but we still have enough time until Friday.”

Meanwhile, the Western Cape High Court was expected to hand down judgment on Thursday in an action Shilowa brought after the party’s chaotic December elective congress. Lekota and his supporters abandoned the congress and the Shilowa camp continued it, electing new leadership.

Shilowa hopes the court will rule that he is the legitimate president of Cope.