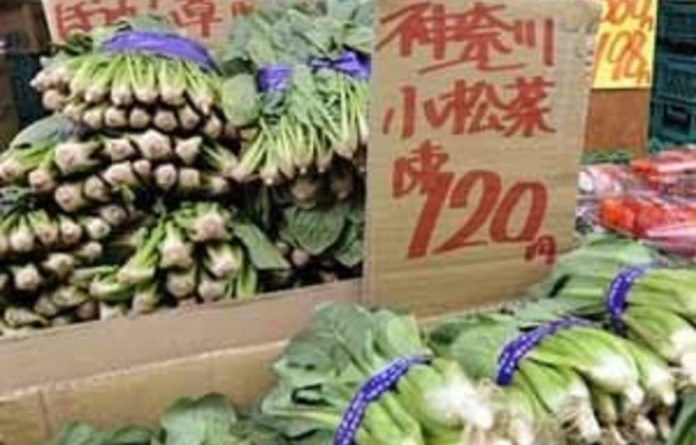 The operator of a disaster-struck Japanese nuclear plant on Friday reported possible damage to a reactor vessel — casting a new shadow over efforts to control a steady radiation leak.

Two weeks after a giant earthquake hit and sent a massive tsunami crashing into the Pacific coast, the death toll from Japan’s worst post-war disaster topped 10 000 and there was scant hope for 17 500 others still missing.

The tsunami obliterated entire towns and about 250 000 homeless in almost 2 000 shelters are still braving privations and a winter chill, with a degree of discipline and dignity that has impressed the world.

In a televised news conference a fortnight after the calamity, Prime Minister Naoto Kan urged people living in tsunami-stricken areas to “move with full courage towards reconstruction”.

The focus of Japan’s immediate fears remained the Fukushima nuclear plant, which was still emitting radioactive vapour that at one point this week made the capital’s drinking water unsafe for infants.

Kan said that the situation at the ageing facility, located 250km northeast of Tokyo, was still “very unpredictable”.

“We’re working to stop the situation from worsening. We need to continue to be extremely vigilant,” he cautioned.

‘Certain level of containment ability’
The government asked people still living between 20km and 30km from the plant to leave voluntarily, effectively widening the exclusion zone.

China, South Korea and the European Union joined the United States (US), Russia and other nations in restricting food imports from Japan, which itself has halted vegetable and dairy shipments from the region near the atomic plant.

But in a potential boost to Japan’s economy, European Union leaders on Friday offered the country a special pact granting preferential trade terms as it battles to recover from the disaster.

Tokyo Electric Power (Tepco), which operates the stricken plant, said it may take another month to achieve a cold shutdown — when reactor temperatures fall below boiling point and cooling systems are back at atmospheric pressure.

A day after two workers at the 1970s-era facility were hospitalised with radiation burns, the operator reported suspected damage at reactor number three.

“It is possible that the pressure vessel containing the fuel rods in the reactor is damaged,” a Tepco spokesperson told Agence France-Presse (AFP).

The new safety scare could hamper urgent efforts to restore power to the all-important cooling systems at the plant.

“Radioactive substances have leaked to places far from the reactor,” said a spokesperson for Japan’s nuclear safety agency, Hideyuki Nishiyama.

“As far as the data show, we believe there is a certain level of containment ability but it’s highly possible that the reactor is damaged.”

‘Terrifies me’
The reactor is a particular concern because it is the only one of six at the plant to use a potentially volatile mix of uranium and plutonium.

A hydrogen explosion badly damaged the unit’s outer building on March 14, and a partial meltdown is also suspected.

Higher radioactivity has also been detected in the ocean near the Fukushima plant on Japan’s Pacific coast, raising public fears about the safety of fish and seaweed, traditional staples in the island nation’s diet.

“This terrifies me from the depth of my heart,” Sunao Tsuboi, a survivor of the US atom bomb attack on Hiroshima in 1945 who is in his mid-80s, told AFP.

“Radiation damages genes and DNA. This is something that no doctor can fix. There is no proper remedy for radiation exposure.”

France’s Institute for Radiological Protection and Nuclear Safety said the three Fukushima reactors remained “precarious” and said the situation could go on for weeks or even months.

‘Decontaminated’
Two Japanese travellers were briefly sent to hospital in China with radiation levels well above normal levels after they arrived in the eastern city of Wuxi on Wednesday on a flight from Tokyo, China’s safety watchdog said.

A doctor at a hospital in the nearby city of Suzhou told AFP the pair were checked, “decontaminated” and released, and the safety watchdog said there was no threat to other travellers.

Radiation was also detected on a Japanese merchant vessel in the southeastern Chinese port city of Xiamen on Monday, the Chinese watchdog said.

The list of contaminated foodstuffs grew on Friday when the health ministry said radiation above the legal limit had been detected in Japanese mustard spinach grown in Tokyo.

At the Fukushima plant, workers kept spraying seawater onto overheating reactors and fuel rod pools as a stop-gap measure to prevent a larger meltdown, while trying to restore the original cooling systems.

The pair hospitalised on Thursday were installing cables in the basement of the third reactor’s turbine building when they stepped into water containing iodine, caesium and cobalt 10 000 times the normal level, Tepco said.

The men were wearing radiation suits but had on ill-fitting shoes, and they had ignored a warning alarm from their dosimeters, a Tepco official said.

A total of 17 workers have been exposed to more than 100 millisieverts, the level at which the risk of developing cancer rises, the company says. — AFP