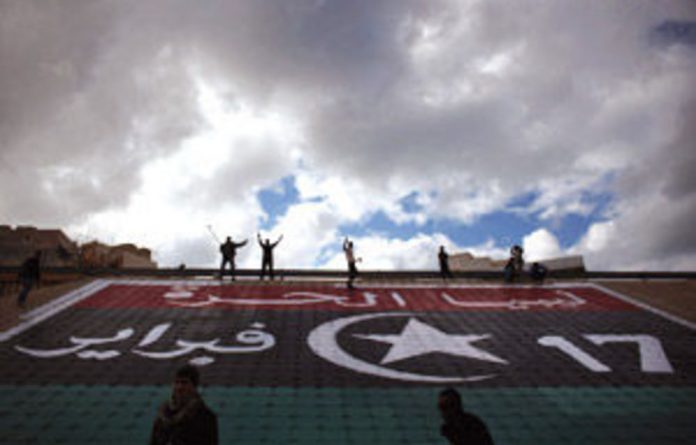 South Africa’s confused stance on Operation Dawn Odyssey against Libya was the result of bruising by the bad publicity that marked its first stint on the United Nations Security Council, South African diplomatic sources said this week.

The South African delegation at the council voted in favour of a no-fly zone over Libya this week fully aware that enforcement of the resolution would entail air strikes. During its last spell as a non-permanent member under Thabo Mbeki, South Africa drew fire for its apparent indifference to human rights concerns in countries such as Burma and Zimbabwe.

However, South African diplomats in New York this week insisted that South Africa voted for last week’s resolution in the interests of protecting civilians from Muammar Gaddafi’s forces in Libya and that the vote was not meant as an implicit approval of military intervention.

“We wanted to stop aerial strikes. The idea was to end indiscriminate killings and pose a threat to Gaddafi by demanding a ceasefire,” said Nomfanelo Kota, the spokesperson for the South African mission in New York. “We can’t bear responsibility for what is happening now. “We knew people had different ideas and ulterior motives, but we had to vote in favour, otherwise we would have been accused once again [of neglecting human rights considerations] and it would be said that we are siding with [Gaddafi].”

After the vote took place last Thursday, the South African government came under fire internally from the ANC Youth League, which said that it put power in the hands of non-African forces while the Libyan conflict should be sorted out by the African Union. A panel of African nations including South Africa was put together by the AU to deal with the Libyan issue, but its efforts were scuppered by the imposition of a no-fly zone, which meant the panel could not enter Libya on a fact-finding mission.

Zuma distancing himself
President Jacob Zuma has distanced himself from the United States-European military intervention in the North African country, arguing that it has exceeded the UN mandate by putting civilians at risk. However, a European diplomat whose country voted in favour of the no-fly zone, said this explanation did not add up.

“Everyone knows when you talk about no-fly zones you’re talking about the use of force and military intervention,” the diplomat said. “The idea is not only to stop anyone flying in the area, but also to destroy all equipment that can be used to shoot at planes.”

She said that countries had the opportunity, during the two-week discussion of the issue, to consult their military experts on what to expect. The issue of civilian casualties was also a “no-brainer”, as there was no guarantee that they could be avoided during a military operation.

A veteran South African diplomat based in New York said that the vote by the South African delegation could also put pressure on its relationship with the grouping of Brazil, Russia, India and China, which all abstained from voting. However, as permanent members, China and Russia could have vetoed the decision. “It will be interesting to see how our relationship will go now,” the diplomat said.

Kota denied a report in the New York Times that the US ambassador to the UN, Susan Rice, frog-marched the South African ambassador, Baso Sanqu, into the chamber to vote on resolution 1973. South African diplomats insisted that Sanqu arrived on time and did not speak to Rice during engagement on the resolution.

They suggested that the US was trying to bolster the image of Rice as a possible candidate for the post of secretary of state, currently held by Hillary Clinton, if US President Barack Obama wins a second ­presidential term.

The US embassy spokesperson in Pretoria, Elizabeth Trudeau, declined to comment on that issue. “The most important matter is that South Africa stood up and voted for the resolution to protect the civilians on the ground,” she told the Mail & Guardian.

David Zounmenou, a researcher at the Institute for Security Studies in Pretoria, said that South Africa should have seen that a clause calling for civilian killings to be avoided “by all means possible”, as provided for in the resolution, left the door open for military intervention.

He said South Africa might have wanted to “redeem itself” after its handling of the Côte d’Ivoire crisis. Until recently, South Africa refused to acknowledge election victor Alasanne Ouattara as the legitimate Ivorian president, contrary to the views of many African and Western countries.

“South African foreign policy is suffering from uncertainty and a lack of direction,” Zounmenou said. “The problem lies in how decisions are made. You can’t take a decision and then retract it. “We don’t know how to balance our national interests with the ambition to become a key player in multilateral forums such the UN.”