Libya may be placing corpses at bombed sites 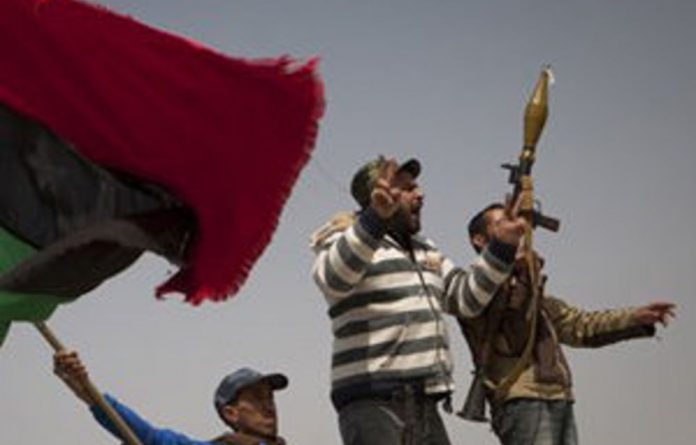 US intelligence reports suggest that Libyan leader Muammar Gaddafi’s forces have placed the bodies of people they have killed at the sites of coalition air strikes so they can blame the West for the deaths, US Secretary of Defence Robert Gates said in a television interview on Saturday.

“We do have a lot of intelligence reporting about Gaddafi taking the bodies of the people he’s killed and putting them at the sites where we’ve attacked,” Gates said according to interview excerpts released by CBS News’ Face the Nation with Bob Schieffer programme, which will air on Sunday.

A US-led coalition began air strikes against Libya a week ago to establish a no-fly zone over the oil-exporting North African country and to try to prevent Gaddafi from using his air force to attack people rebelling against his rule.

“The truth of the matter is we have trouble coming up with proof of any civilian casualties that we have been responsible for,” Gates said in the television interview.

Separately, the State Department praised the African Union for convening a meeting on Libya and said the group had an important role to play in resolving the crisis there.

“The United States commends the African Union for convening a meeting of the international community in Addis Ababa yesterday to discuss the situation in Libya. The African Union has an important role to play in the resolution of the Libyan crisis,” the department’s acting deputy spokesperson Mark Toner said.

“We are especially grateful for the emphasis the African Union placed on the effective protection of civilians and the urgent need to extend humanitarian assistance to those affected by the violence,” he said. – Reuters