As fighters push on, Libya rebels prepare for power 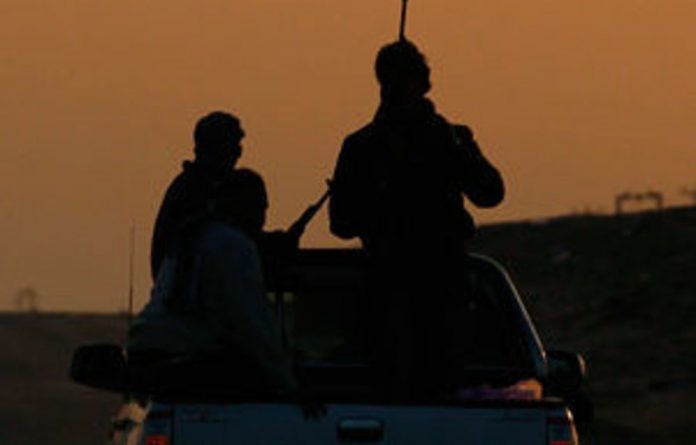 As Libya’s rebel fighters push west, retaking towns they lost to government forces a week earlier, opposition representatives in Benghazi are trying to form a government-in-waiting.

The task is a difficult and delicate one, being handled by a group of Libyan elites, many of whom have returned from exile. They face obstacles ranging from poor communications to the sensitivities of Libyans at home and abroad.

At present, the official voice of Libya’s opposition rests with the so-called Provisional Transitional National Council (PTNC), a group of 31 members representing the country’s major cities and towns.

The names of only 13 have been publicly revealed. The council says it remains too dangerous to identify members in areas still controlled by Libyan leader Muammar Gaddafi.

Heading the council is Mustapha Abdul-Jalil, a soft-spoken former justice minister who is in hiding, amid fears for his safety. His number two is Abdul Hafiz Ghoqa, who serves as the official spokesperson for the council.

“The PTNC is formed of more-or-less trusted people appointed by their cities; they’re not elected based on skills, but that’s as democratic as we can be for now,” said Mustapha Gheriani, a media coordinator for the council.

“We realised that we needed to have committees that could organise things,” said Iman Bugaighis, an orthodontist who is now a member of the council’s media committee.

“And, more or less, we have managed to ensure that things are acceptable in the liberated cities. People were paid their salaries on time last month and we are working to make sure they are paid on time this month too.

Now the council is working on forming a real cabinet, complete with ministers empowered to talk to their counterparts in other countries.

“We need an entity that is more organised and can really build institutions,” said Bugaighis.

“You can think of the PTNC as more of a legislative body, and the new executive body will be the transitional government that is put in place either when Tripoli falls or before,” added Gheriani.

He would like to have seen the executive body formed sooner.

But some within the PTNC reportedly initially resisted creating any kind of government while western parts of the country remained under Gaddafi control for fear of appearing to have established an “eastern government”.

“The PTNC still exists, and it is the symbol of unity,” said Bugaighis, adding that politicians from western cities could be added to the government as more territory falls to the rebels.

‘Everybody has to tread a very fine line’
Forming the cabinet also requires being sensitive to Libyans who look at returnees with suspicion or resentment.

“Everybody has to tread a very fine line,” said Gheriani. “I think the non-liberated cities will understand we had to move forward, but the ‘I was here from day one, where were you?’ is more difficult to overcome.”

The initial cabinet is likely to be headed by Mahmud Jibril, a former professor who has already met as a rebel representative with United States Secretary of State Hillary Clinton and French President Nicolas Sarkozy.

The defence ministry is expected to go to Omar Al-Hariri, with former economy minister and diplomat Ali Essawi taking charge of the foreign relations ministry.

Economist Ali Tarhoni has already been charged with the finance, economy and oil portfolio and told reporters on Sunday that he had signed a deal with Qatar to export crude from rebel-held territory.

The council is also expected to name an information minister and could add other portfolios, officials said.

Once the government is officially announced, top priorities will be dealing with oil export and revenue and drafting a new constitution.

“Getting the ball rolling on the constitution is going to be one of the top priorities,” Gheriani said. “It will be the basis for elections, for everything that comes next.” — AFP

People power can break a dictatorship – but what comes next?
Read more
World

Carlos Ghosn denounced a "conspiracy" against him, saying events had been "twisted in a way to paint a personage of greed, a personage of dictatorship
Read more
Advertising
Continue to the category
Politics