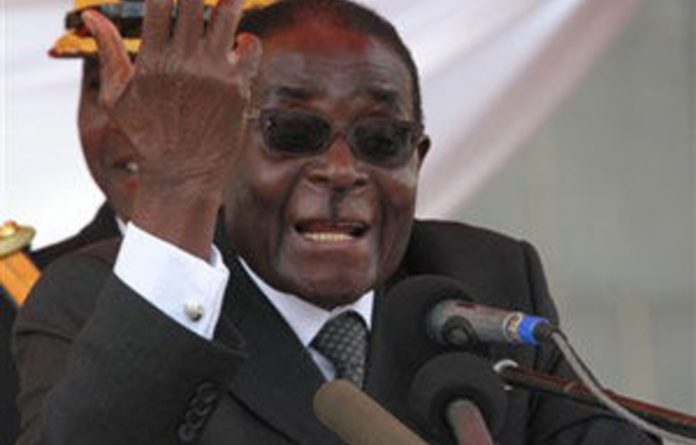 President Robert Mugabe on Sunday told foreign investors to embrace Zimbabwe’s equity laws and treat Zimbabweans as “senior partners” if they wanted to operate in his country.

“Those whites who want to be with us, those outsiders who want to work with us fine, they come in as partners, we are the senior partner, no more the junior partner,” Mugabe said on Sunday at the burial of a party cadre at the national shrine.

“We are taking over. Listen Britain and America: this our country. If you have companies which would want to work in our mining sector, they are welcome to come and join us, but we must have our people as the major shareholders,” he added.

“Lonhro, Anglo American, Rio Tinto you must transform and become Zimbabwean, we want black people, our people, our young people. It’s another dimension to the struggle. Let that lesson go deep,” Mugabe said.

Divisions
Mugabe said Zimbabweans can now do things on their “own”.

“We can get them [foreign investors] as friends just as we got the Easteners such as the Chinese, Indians and others, but they come as friends not as our masters and superiors,” he said.

The empowerment law has raised divisions in the coalition government with Mugabe’s former long-time rival, Prime Minister Morgan Tsvangirai, who has said that the new legislation scares off investors.

The empowerment law has also raised concerns from foreign investors who have operations in the country, while others have said the 51% must be revised downwards.

Some of the foreign firms operating in the country include British Petroleum, Total, Chevron, Barclays Bank, Standard Chartered and platinum giant Zimplats. – AFP

From the early frontier wars against colonialism to the struggle against apartheid and in recent times the fight for economic equality, the culture of activism has evolved. But can it still be effective in bringing about change?
Opinion