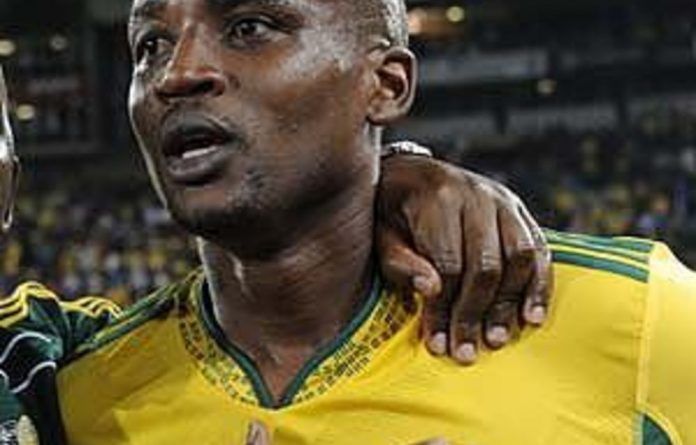 The paper said the 27-year-old was stopped by police in Sandton on his way home at about 2.50am after a night out with friends at the Garden of Eden nightclub in Rosebank, Johannesburg.

After being detained for several hours, police took a blood sample and released him on R1 000 bail, the Sowetan said.

Police spokesperson Lieutenant Colonel Lungelo Dlamini confirmed to the paper Mphela had been arrested and said he would be appearing in court in August once the results of the blood test had been finalised.

Mphela scored Bafana Bafana’s winning goal against Egypt in an Africa Cup of Nations qualifying match on Saturday — the first win against the African giants for South Africa in a competitive international match.