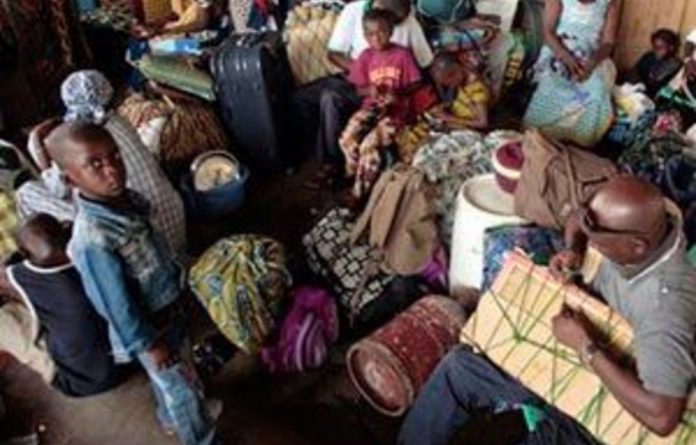 Forces loyal to Côte d’Ivoire’s presidential claimant Alassane Ouattara reached the country’s official capital and advanced to within 130km of the cocoa port of San Pedro on Wednesday, witnesses said.

Forces loyal to Ouattara have launched offensives from the east, west and centre of the country in recent days in a southward push to dislodge incumbent Laurent Gbagbo.

Resisting pressure from the African Union and the West, Gbagbo has refused to leave since a disputed election last November which United Nations-certified results said he lost.

The UN says 472 people have been killed since the standoff began, and a humanitarian crisis is worsening, with a million people displaced from the commercial capital Abidjan alone.

Pro-Ouattara forces now control areas growing about 600 000 tonnes of cocoa a year, half of national output in the world’s biggest producer.

Prices have hit 30-year highs in recent months on supply worries due to the conflict, but have eased since the start of the Ouattara push. London cocoa was down 2,7% on Wednesday on hopes that exports could soon be freed up.

Residents and military sources in Yamoussoukro, which is officially the nation’s capital but functions as little more than a presidential retreat, said pro-Ouattara forces entered the town by early afternoon.

Last main town
“The [former] rebels have occupied three-quarters of the town,” said Ouattara Idrissa, a resident. A military source confirmed the information, saying that some pro-Gbagbo soldiers were pulling back towards Abidjan, 215 km to the southeast.

Another group of pro-Ouattara fighters, largely made up of former rebels who have controlled the north since a 2002-3 civil war, took control of Soubre, the last main town on the road to the cocoa port of San Pedro.

“The Republican forces took the town without any resistance,” said Madou Kone, a resident.

“The youths arrived this morning. Some were wearing masks, some combat fatigues. They fired at random on people on the side of the road,” Badou Jean, a market trader who witnessed the incident, told Reuters after he fled with his family.

As the fighting has intensified, about 30 000 Ivorians and West African migrants have been forced to seek refuge in an overcrowded Catholic mission in the town of Duekoue with little or no access to food, water or health facilities, the International Organisation for Migration (IOM) said.

Thousands more have sought shelter in public buildings and at least 112 000 have crossed into Liberia to the west.

A Reuters reporter on the road east out of Abidjan said hundreds of cars were clogging roads heading out of the city.

Until the push south this week, the worst of the violence had centred on Abidjan, where anti-Gbagbo insurgents, who do not necessarily support Ouattara, have seized parts of town.

A Reuters witness heard heavy weapons fire coming from the area around Agban, the main gendarmerie camp, in the early afternoon. A pro-Gbagbo military source confirmed clashes had taken place but gave no further details.

In a sign violence could become much more widespread, the army called on youths loyal to Gbagbo to enlist in the military.

Gbagbo’s often violent youth wing is considered his most dangerous and unpredictable weapon. They have caused mayhem in the past and have recently set up road blocks, armed with AK-47s, sticks and machetes.

The deputy chief-of-staff for the Ouattara-backed forces, Issiaka Ouattara, was quoted in the Ivorian newspaper Nord-Sud as saying their objective was to restore democracy and ensure that the choice of the people who elected Ouattara is respected.

Gbagbo’s government on Tuesday called for an immediate ceasefire and the opening of dialogue but said the advancing forces could not take Abidjan. — Reuters

The most-reported crimes range from extortion and abuse of authority to Covid-19 related graft, according to a new report by Corruption Watch
Advertising