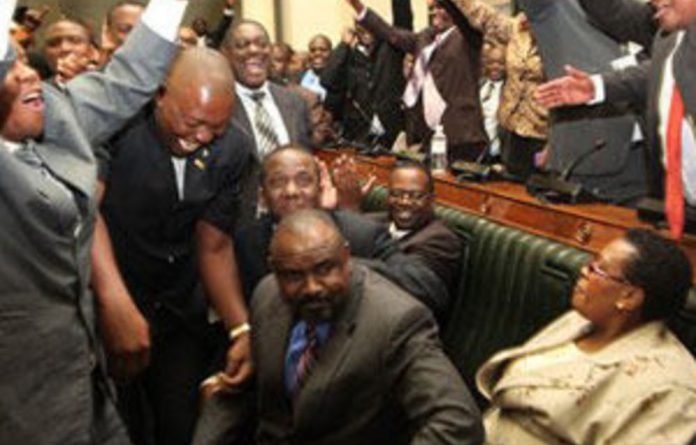 African leaders on Thursday will try to defuse escalating tensions in Zimbabwe, where President Robert Mugabe is accused of cracking down on rivals ahead of polls expected later this year.

Tsvangirai and Mugabe are expected to meet with the SADC’s security organ, known as the Troika, during the summit on Thursday in the Zambian tourist town of Livingstone, near the famed Victoria Falls.

The leaders of Zambia, South Africa, Mozambique and Namibia will all attend the summit.

But in the more than two years since Mugabe and Tsvangirai formed their unlikely unity government, SADC has refused to step into their feuding.

The regional bloc brokered the power-sharing accord meant to halt Zimbabwe’s stunning economic collapse and to end the political violence that erupted during the 2008 elections.

That deal envisaged a new constitution within 18 months followed within six months by fresh elections, but the process is running nearly a year behind schedule, with a constitutional referendum expected no earlier than September.

Both Mugabe and Tsvangirai, however, say they are ready to move toward elections that would end the unity government.

While Tsvangirai’s allies run most of the ministries dealing with the economy, Mugabe retains a firm grip on the mining ministry — overseeing the biggest sector of the economy — and the security forces.

Now Tsvangirai complains that police are being used to arrest and harass his supporters, from villagers to top ministers, as well as journalists and activists.

Mugabe’s Zanu-PF is also trying to squeeze cash out of the mining ministry by requiring foreign firms to sell majority stakes to locals — and by exploiting vast diamond reserves despite claims of military abuses against workers.

“The desire of SADC is to see that there is unity in the government of Zimbabwe and we are certain that at the end of the summit, the parties will have resolved the differences,” Pande said.

Zambia, which currently chairs the Troika and has been more critical of Mugabe than most of its neighbours.

South Africa President Jacob Zuma, the bloc’s official mediator in Zimbabwe, is more critical of Mugabe than his predecessor Thabo Mbeki. But Zuma’s personal visits and regular trips by his envoys have yielded few tangible changes.

“SADC does not and can not do anything for Zimbabwe,” said Takavafira Zhou, a political scientist at Masvingo University in Zimbabwe.

“To expect it to take a hardline stance in terms of resolving the outstanding issues of the [unity accord] or the restoration of rule of law would be daydreaming.”

The pattern is now well established: crisis, intervention, promises by the Zanu-PF regime to behave, and then relapse after a decent interval to the sort of behaviour that prompted the latest crisis in the first place.
Read more
Advertising