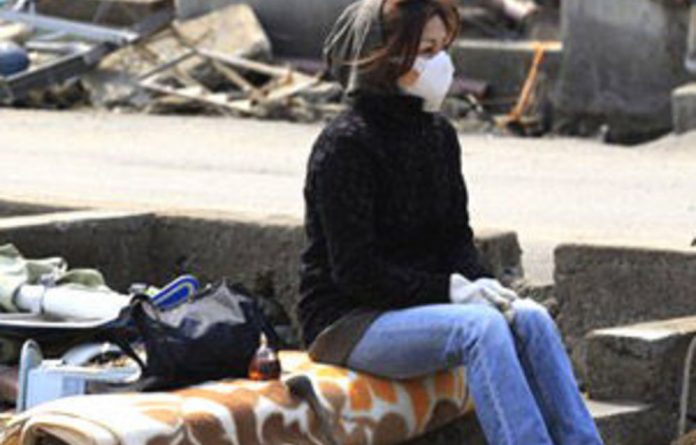 Pressure mounted on Japan on Thursday to expand the evacuation zone around its stricken nuclear power plants after high levels of radiation were found outside the zone and radioactivity in seawater reached more than 4 000 times its legal limit.

The United Nations nuclear watchdog suggested Japan consider widening its 20km zone after high radiation was detected at twice that distance from the facility.

Nearly three weeks after an earthquake and tsunami sparked the world’s worst nuclear crisis since Chernobyl in 1986, Prime Minister Naoto Kan is facing heavy criticism for sticking with the original exclusion zone.

The government has encouraged those living in a 20km to 30km ring, a population of 136 000, to leave but has not ordered them to do so, advising only that they remain indoors.

Japan’s nuclear safety agency said an extension of the zone should be considered, but Chief Cabinet Secretary Yukio Edano gave no indication that the government was poised to do it.

“At the moment, we have no reason to think that the radiation will have an effect on people’s health. We need to closely monitor the situation and see if the radiation is consistently high,” Edano told a news briefing.

The safety agency said radioactive iodine levels found in seawater near the damaged plant were now 4 385 times more than the legal limit — the highest level recorded since the nuclear crisis started on March 11 — and it was possible that radiation was flowing continuously into the ocean.

Sarkozy heads to Tokyo
French President Nicolas Sarkozy was due to arrive on Thursday, the first leader to visit since the devastating earthquake and tsunami. Sarkozy, who currently chairs the G20 and G8 blocs of nations, is due to meet his Japanese counterpart to show support for Japan’s efforts to overcome the crisis.

France, the world’s most nuclear-dependent country, has flown in experts from state-owned nuclear reactor maker Areva, while the United States has offered robots to help repair the damaged Daiichi nuclear plants north of Tokyo.

Japan is also facing a humanitarian calamity triggered by the earthquake and tsunami, which left more than 27 500 people dead or missing.

Concerns over radiation spreading beyond Japan grew again after Singapore detected radiation nine times the limit in cabbages imported from Japan, while the US reported “minuscule” levels of radiation in milk samples on its west coast.

“These types of findings are to be expected in the coming days and are far below levels of public health concern, including for infants and children,” the Food and Drug Administration and the Environmental Protection Agency said.

Contaminated milk was one of the biggest causes of thyroid cancers after the nuclear accident in Chernobyl because people near the plant kept drinking milk from local cows.

Several countries have banned milk and produce from the areas near the damaged nuclear plant, 240km north of Tokyo. Japan has itself stopped exports of vegetables and milk from near the plant, which is leaking radiation.

Japan has called on World Trade Organisation nations not to impose “unjustifiable” import curbs on its goods due to radiation fears.

While food makes up only 1% of Japan’s exports, the tsunami-crippled nuclear plant poses a serious risk to an economy burdened with huge public debt and an ageing population.

Japanese manufacturing activity slumps
The estimated cost of damage from the earthquake and tsunami could top $300-billion, making it the world’s costliest natural disaster. The 1995 Kobe quake cost $100-billion while Hurricane Katrina in 2005 caused $81-billion in damage.

Japan’s Nikkei index has slid about 9% since the tsunami while shares in the plant operator, Tokyo Electric Power Company (Tepco), have fallen 77%.

Japanese manufacturing activity slumped to a two-year low in March and posted the sharpest monthly fall on record as the earthquake and tsunami on March 11 hit supply chains and production.

“It is a major issue now how the nuclear crisis develops, and stock market players are also closely watching it,” said Akeshi Minami, chief economist at Norinchukin Research Institute, Tokyo.

Tepco could face compensation claims of up to 11 trillion yen ($133-billion) — nearly four times its equity — if Japan’s worst nuclear crisis drags on for two years, an analyst at Bank of America Merrill Lynch wrote in a report.

A Reuters investigation showed Japan and Tepco repeatedly played down dangers at its nuclear plants and ignored warnings, including a 2007 tsunami study from the utility’s senior safety engineer.

Contaminated seawater
As operators struggled to regain control of the damaged reactors, nuclear experts said the continued lack of a permanent cooling system was hindering efforts to cool down fuel rods.

Workers have been forced to pump in seawater to cool the rods, but this creates contaminated seawater around the stricken plant and is making it difficult to reconnect the plant’s internal cooling system, which contains radiation.

“There’s definitely a conflict now between trying to keep the reactors cool and managing the contaminated waste water being generated by the operation,” said Ed Lyman, a senior scientist with the Union of Concerned Scientists, a US-based nuclear watchdog group.

Japan has ordered an immediate safety upgrade at its 55 nuclear power plants, its first acknowledgement that standards were inadequate when the earthquake hit.

The Japanese government says nuclear power will remain an integral supplier of power. Before the disaster, Japan’s nuclear reactors provided about 30% of the country’s electric power. That had been expected to rise to 50% by 2030, among the highest in the world.

Hundreds of thousands of Japanese whose homes and livelihoods were wiped away by the tsunami that obliterated cities on the north-east coast are living in makeshift shelters and evacuation centres.

Tens of thousands of farmers and fishermen who have been evacuated from their homes closest to the plant, meanwhile, are facing the dire possibility: that they may never return. — Reuters