A shared history of social equity 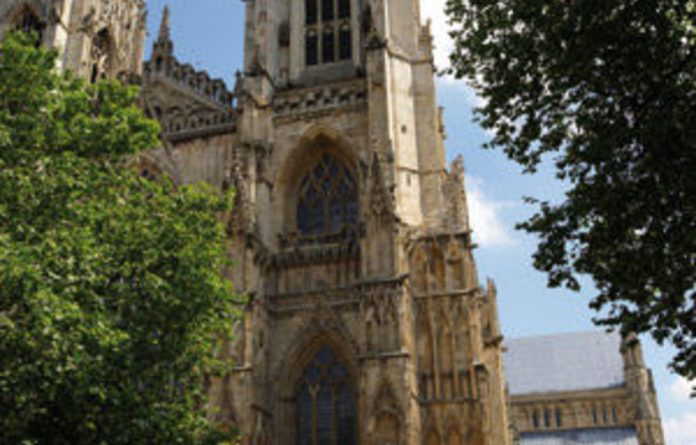 Not yet 50 years old but set in a historic city, York is in the top 10 for both teaching and research in the UK and in the world’s top 100. Its English and sociology departments head Britain’s subject league tables for research and most recently it was declared University of the Year 2010 by the Times Higher Education.

While British higher education retracts in a climate of austerity, York is expanding. In one of the biggest tertiary developments of the past two to three decades, York is spending £750-million on a campus expansion at Heslington East that houses new residential colleges, buildings for law, computer science and management, sports facilities and a business innovation hub. The £25-million complex that serves the new department of theatre, film and television rivals the best professional theatres and recording studios in the UK.

So why is York visiting South African universities? Internationalisation is one of its strategic planning themes (with excellence, sustainability and inclusivity). Whereas most recent international expansion in higher education in the UK, including York’s, has been in Asia, especially China, the Commonwealth countries have received relatively less attention. This broadly reflects the emphases of Britain’s foreign policy: North America, Europe and China predominate, whereas the Commonwealth feels more like a legacy to be managed than a future priority.

But that is not the whole story, not in higher education. So when UCT recently joined the World Universities Network (WUN), York decided to look at developing existing collaborations with South African universities into more sustainable partnerships.

‘York’s ethos’
The deeper reasons for the visit have to do with York’s ethos, which includes a strong emphasis on social equity. York performs better than most British universities in what is called widening participation (improving access) and, unlike most of the universities in Britain’s Russell Group, which includes Oxford and Cambridge, more than 80% of its students come from the state sector. “Excellence with equity” is a mantra of most South African universities; in its own context, York performs well in balancing that tension.

York’s centres for post-war reconstruction and development and applied human rights are areas where there are strong resonances with South Africa but, historically, one of the most enduring partnerships was in York’s Centre for Southern African Studies. Founded in 1973, the centre was for 20 years the only academic department devoted entirely to the study of Southern Africa.

With strong connections to the British Anti-Apartheid Movement, the centre appealed to South Africans in exile and to progressive young academics in the country, many of whom came from the historically black universities.

A number of the centre’s graduates in history, political science, economics, sociology and education have gone on to influential positions in academia and government, including Cabinet positions. The centre closed in the early 1990s with the UK investing less in area studies and with declining enrolment after the South African transition. What remains is a valuable archive housing, among other things, the Patrick Duncan papers on politics, the Dennis Brutus papers on sport and the Joost de Blank papers on the Anglican Church in South Africa.

The South African connection continues to thrive in other fields. In York’s English department Derek Attridge and I have completed a five-year project of editing The Cambridge History of South African ­Literature, due to be launched in Cape Town in March next year. With 43 authors covering the literature of all the country’s languages, this will be the most fully representative collection of historical scholarship on the country’s literary production yet to have been published.

English at York has had strong South African connections since the university’s founding, with three heads of department coming from the region, starting with Jacques Berthoud, who grew up on the Morija mission station in Lesotho. In the Sixties and Seventies South Africans were drawn there by the presence of literary critic FR Leavis; more recently, it is South African and postcolonial studies. UCT’s Coetzee Collective, an international network of scholars working on JM Coetzee, has hosted staff and PhD students from York.

Literary studies
The current York-South Africa connection is by no means limited to literary studies. The Hull-York Medical School has connections through epidemiology and there are active research partnerships in physics, philosophy, sociology, education and archaeology.

York has one of the largest research groups in the UK in nuclear physics and astrophysics (the study of the nuclear reactions that power stars and other exotic objects such as novae and supernovae). It performs experiments at international accelerator facilities in Canada, the United States, Finland, France, Germany, Italy, Spain and elsewhere, supported by research grants of several million pounds from the United Kingdom Research Council and European Union sources.

Brian Fulton, the head of physics at York, and his colleagues will give talks and explore collaborations with staff at the powerful accelerator facility at the iThemba Laboratory in Cape Town, as well as at Stellenbosch and the University of the Western Cape.

There are longstanding links in science education. Judith Bennett, York’s head of education, has had visiting positions at Wits and the Cape Peninsula University of Technology and other colleagues have done collaborative research. York has contributed to research projects funded by the National Research Foundation aimed at improving the understanding of science in learners at school and in university students and in exploring career decisions by BSc graduates from disadvantaged backgrounds. Curriculum materials developed by York’s science education research group have found their way into secondary education in several Southern African countries.

The discussions during this visit will explore new areas of collaboration, including education and social justice and language education. Tom Stoneham, the head of philosophy at York, will give seminars at Rhodes and Wits and Paul Lane, the head of York’s Historical Archaeology of East African Landscapes, will work with archaeologists at Wits. Merryn Toerien of York’s sociology department works on social interactions in institutional settings using conversational analysis. Her background is in social psychology, having trained at the University of KwaZulu-Natal, and she will give seminars there and at Rhodes.

Forthcoming delegations on this scale being planned at York will go to China, India and Canada. South Africa has been chosen for this visit because there is an existing history of contact and exchange and because the York delegation will learn from colleagues in South African universities who work in especially challenging environments where ideas are severely tested and where there is scope for creativity and innovation.

In the Nineties there was anxiety about South African universities holding their own in an increasingly globalised and competitive world. Among parents and alumni of the historically privileged institutions, there was concern about whether South African degrees would be recognised internationally. The anxiety was misplaced, because there is no body that makes such decisions. Reputations are organic things, shaped by national investments in higher education and by market conditions.

The York-South Africa visit will serve to strengthen old relationships and build new ones between a progressive, socially conscientious British university and equally respected South African institutions. The list of South African universities is not exclusive: further collaborations across the sector in South Africa could develop from this one. Far from being hamstrung by post-imperial baggage, there is real scope for research collaboration and staff and student exchanges in coming years.

Professor David Attwell is head of the department of English and related literature at the University of York in England. While in South Africa, the York delegation will hold receptions at the British Council in Johannesburg and Cape Town to which all are welcome upon registration. Call 0860012233 for details

The many voices of South Africa’s past

Sex and the struggle