Mugabe hits back at regional criticism 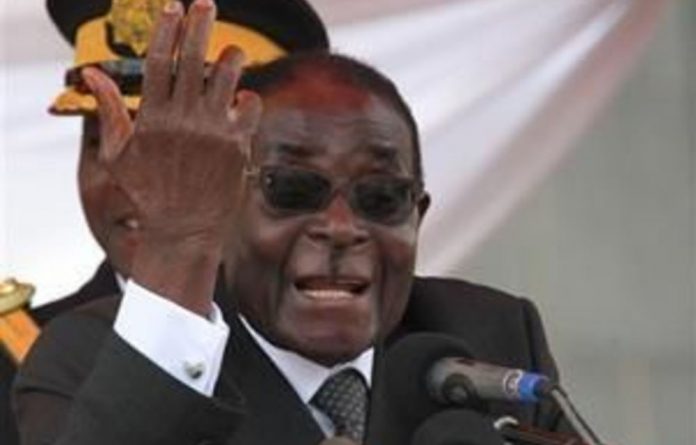 Zimbabwean President Robert Mugabe has hit back at criticism from Southern African leaders, saying they cannot tell him how to run his country, the state-owned Herald newspaper said on Saturday.

At a regional summit this week in Lusaka, the leaders of Zambia, South Africa and Mozambique condemned events in Zimbabwe in unusually strong language and called for an end to a crackdown on the opposition blamed on Mugabe’s Zanu-PF party.

“We are a sovereign state and as a sovereign state we don’t accept any interference and even our neighbours should not tell us what to do,” the paper quoted Mugabe as telling a meeting of his party’s central committee.

The Southern African Development Community (SADC) has been criticised for being too soft on Mugabe but the tone of its leaders has been stiffening as Zimbabwe lurches from one crisis to another.

In recent weeks, Mugabe’s security officials have cancelled opposition rallies and detained some rival figures, heightening tension ahead of a possible general election this year.

Mugabe, 87 and in power since independence from Britain in 1980, has been pushing for early polls before agreed democratic reforms, accusing his opponents of wasting time on quarrels over appointments and delaying a constitution re-writing process.

He was forced into a unity government with rival Prime Minister Morgan Tsvangirai’s Movement for Democratic Change two years ago to try to ease an economic crisis blamed on his policies.

Tsvangirai last week appealed to regional leaders to persuade Mugabe to allow wide democratic reforms before elections, but political analysts believe he will only give ground if there is a threat of regional isolation.

“Tsvangirai complained to SADC about elections and violence,” the Herald quoted Mugabe as saying. “I asked them: which country is free of that conflict? Zambia? Here? We are the same. In any third world or developing country, there are always conflicts but you don’t judge them on that.” – Reuters

The country’s elites can no longer jet away to overseas health facilities and must now face the hospital system that could not help Zororo Makamba, a 30-year-old who died of the virus
Read more
Advertising
Continue to the category
National