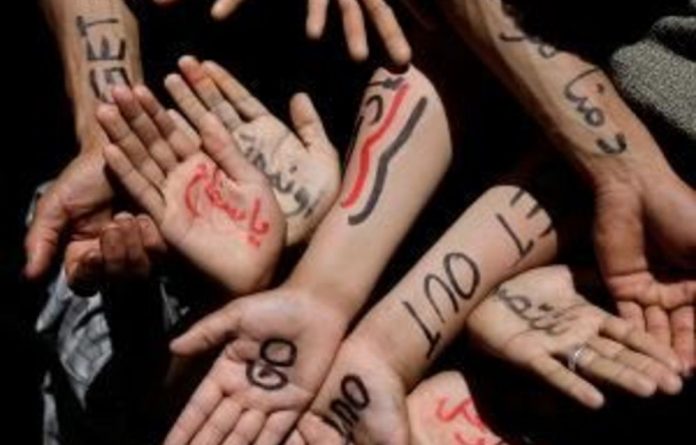 Police and armed men in civilian clothes opened fire on anti-government demonstrators in the Yemeni cities of Taiz and Hudaida on Monday, witnesses said, as a drive to oust President Ali Abdullah Saleh gathered pace.

The attempt to suppress mounting protests inspired by uprisings in Egypt and Tunisia came amid signs that the United States is seeking an end to Saleh’s 32-year rule, long seen as a rampart against Yemen-based al Qaeda in the Arabian Peninsula.

In Taiz, south of the capital Sanaa, police shot at protesters trying to storm the provincial government building, killing at least 15 and wounding 30, hospital sources said.

“The regime has surprised us with this extent of killing. I don’t think the people will do anything other than come out with bare chests to drain the government of all its ammunition,” parliamentarian Mohammed Muqbil al-Hamiri told Al Jazeera.

Television showed a row of men, apparent tear gas victims, lying motionless and being tended by medics on the carpeted floor of a makeshift hospital in Taiz.

In the Red Sea port of Hudaida, police and armed men in civilian clothes fired live rounds and tear gas at hundreds of demonstrators marching on a presidential palace, medical sources said. Three people were hit by bullets, around 30 were stabbed with knives, and 270 were hurt from inhaling tear gas.

“Just as you gave us your confidence, we will respond to that. We will be steadfast like the mountains,” he told hundreds of tribesmen who chanted their rejection of concessions. “We will stay loyal to you, just as you have been loyal to constitutional legitimacy.”

Saleh has said he will not run for re-election in 2013 and could step down following new presidential and parliamentary elections within a year. On Sunday, he called on the opposition to end protests to help ease talks.

An opposition proposal would see the army and security forces restructured by a vice-president acting as temporary president ahead of political reforms and elections. The ruling party says Saleh should remain in office to oversee changes.

There were signs of mounting US pressure on Saleh to go. The New York Times said on Monday that Washington had “quietly shifted positions” and “concluded that he was unlikely to bring about the required reforms and must be eased out of office”.

US role
Analysts and diplomats predicted more behind-the-scenes pressure on Saleh from Western countries to end the crisis.

“The next step is putting aid to Yemen on the table and saying that there are going to be serious consequences if Saleh continues to use violence against his own people,” said Shadi Hamid, an analyst at the Brookings Doha Centre in Qatar.

The Obama administration has not so far made a public statement urging Saleh to step aside. Such calls were key in bringing an end to the rule of Tunisia’s Zine al-Abidine bin Ali and Egypt’s Hosni Mubarak.

Sources close to the talks have said Washington gave Saleh an ultimatum last week to agree on a deal negotiated by the US ambassador in Sanaa to ensure a peaceful exit and transition of power, otherwise it would publicly call on him to step down.

Opposition sources say talks have stalled because Saleh is manoeuvring to ensure he and his family do not face prosecution over corruption accusations raised by the opposition.

A diplomat in Sanaa said the focus for now was still on talks and public calls to stand down — which have only so far come from France — were premature.

“It depends on developments in the coming days. This is one of the options that all capitals have if they want,” he said.

“At the moment, diplomatic parties are working behind the scenes to encourage an agreement on political transition between Yemeni parties. Other options are being kept in the drawer at the moment,” the diplomat said.

If Washington were to call on Saleh to go, “I’m not sure if he (Saleh) would immediately cave in,” he added.

Transition stalled
Thousands of protesters have camped out around Sanaa University since early February, but in the past two weeks Saleh has begun mobilising his own supporters on the streets.

Saleh’s apparent stalling prompted new protests, including one in the middle of the night.

Demonstrators organised a 2am march on a presidential palace in Hudaida in protest at a security crackdown on rallies in Taiz on Sunday, which doctors said killed two and wounded hundreds.

“They suddenly gathered around the province’s administrative building and headed to the presidential palace, but police stopped them by firing gunshots in the air and using teargas. I saw a lot of plainclothes police attack them too,” a witness in Hudaida told Reuters by phone.

The governor of Taiz later denied anyone had been killed there on Sunday and Saleh blamed the violence on the opposition.

In the southern cities of Abyan and Dalea opposition forces ordered a general strike on Monday that closed schools, shops and many government offices.

Life in some areas of the port city of Aden, seat of a separatist movement by southerners who say the 1994 unification of South Yemen with Saleh’s north has left them marginalised, also came to a halt in the civil disobedience campaign.

On Sunday, a soldier was killed and seven people wounded in an attack by gunmen on a military checkpoint in Lahej, also in the south.

One of Washington’s fears has been that Yemen could fragment along tribal and regional lines — a spectre Saleh has raised in speeches — allowing al Qaeda to stage more attacks abroad.

Gulf Arab countries have taken a wait-and-see approach, resisting efforts by Sanaa to entice them into mediation.

Foreign ministers meeting in Riyadh on Sunday talked of some ideas to be put forward, though they backed off from describing them as an initiative.

“On Yemen, there are some ideas that will be addressed to the Yemeni sides. I don’t want to use the word mediation because now we are in a stage of feeling the pulse,” United Arab Emirates Foreign Minister Sheikh Abdullah bin Zayed al-Nahayan told reporters.

The deaths of 52 protesters on March 18, apparently at the hands of government snipers, have been a turning point in the conflict. They led to a string of defections from Saleh’s camp among diplomats, tribal leaders and key generals. – Reuters