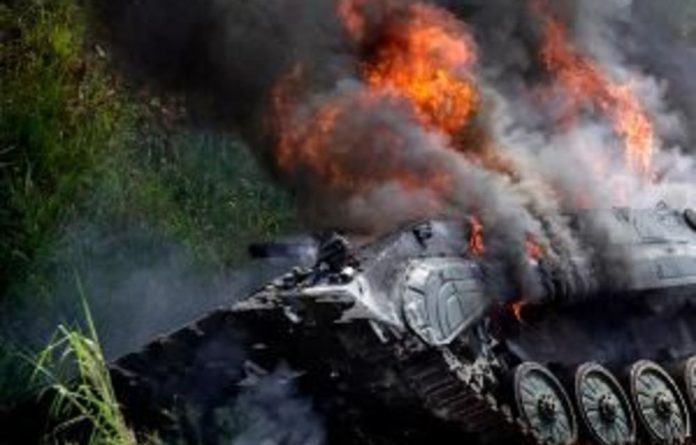 Laurent Gbagbo may be on his way out in Côte d’Ivoire but Alassane Ouattara will inherit a divided country, an unsolved massacre and potential chaos in Abidjan.

Incumbent leader Gbagbo has not surrendered yet but has suggested he wants to do so and has requested United Nations protection after days of fighting, a UN official told Reuters on Tuesday. A UN document seen earlier by Reuters said he had already given himself up.

After Gbagbo, cocoa and bond investors hoping for a swift return to normal could well be in for a bumpy ride.

Sanctions imposed after Gbagbo refused to yield to the UN-certified winner barred him from deposits at the regional central bank, pushed his government into default on its debt and left cocoa decaying in warehouses. Commercial activity all but ceased and the economy is on the brink of collapse.

Despite questions over the killing of some 800 people in the western town of Duekoue as Ouattara forces advanced last week, the outside world is keen to help secure his rule.

United Nations helicopters and French forces targeted Gbagbo’s heavy weapons in the battle for Abidjan, but analysts say a greater threat comes from pro-Gbagbo urban militia who will retain their weapons if the incumbent president goes.

“In the short term, I think it will be very messy,” said Hannah Koep, Côte d’Ivoire analyst for consultancy Control Risks.

“Even if Gbagbo goes, his supporters are still very heavily armed and they will be very frustrated. The security situation in Abidjan is likely to be very unpredictable for some time to come. Beyond that, the challenges are monumental.”

Exports could resume relatively quickly, analysts say, but only after sanctions are lifted. A European Union spokesperson said that could happen as soon as power was transferred to Ouattara, a former prime minister and senior IMF official.

“If you look at the way cocoa prices have fallen and the bond has rallied, you can see there is a market expectation things could get back to normal relatively quickly,” said IHS Global Insight analyst Martin Roberts.

“Ouattara has always said his priority will be to put the country back together as quickly as possible … But Gbagbo has probably tried to leave things in as much of a mess as he can.”