Soldiers to ‘fetch’ Gbagbo from his bunker 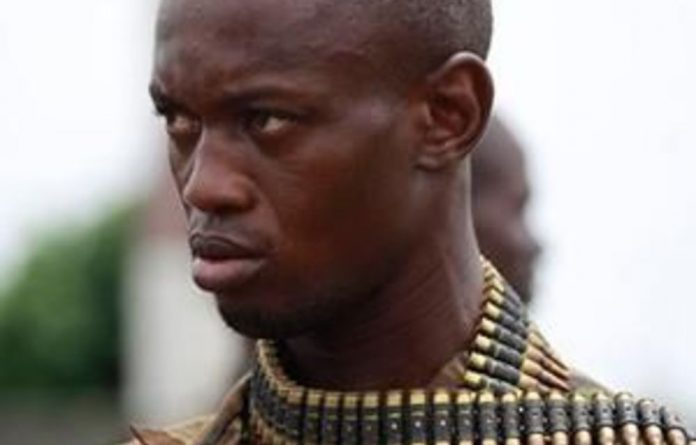 Forces loyal to Côte d’Ivoire’s Alassane Ouattara have gone to “fetch” his rival Laurent Gbagbo from a bunker where he is holed up and refusing to surrender, a spokesperson told Agence France-Presse.

Earlier on Wednesday, Gbagbo was said to be continuing negotiations on the terms of his departure, France’s foreign minister said.

“We have asked the United Nations to guarantee his physical security and that of his family … and to organise the conditions of his departure. That is the only thing left to negotiate,” Alain Juppé told France Info radio.

French armed forces chief Edouard Guillaud said the negotiations had continued overnight and that he believed that Gbagbo’s departure would come in “a matter of hours”.

Guillaud said the strongman had been on the verge of surrender last Friday and again on Monday but had at the last moment changed his mind.

Gbagbo, in an interview broadcast late on Tuesday, remained defiant.

“I am not a kamikaze, I love life,” he said, when asked if he thought about death as he sat in his bunker.

“My voice is not the voice of a martyr. I am not seeking death but if death comes, it comes.”

He said he would not sign a document proposed by France and the United Nations in which he renounces power and recognises Alassane Ouattara as president.

“I do not recognise the victory of Ouattara. Why do you want me to sign this?” Gbagbo told the French news channel LCI.

“I find it absolutely astounding that the life of a country is being played like a poker game in foreign capitals,” he added.

Intervention infuriates Gbagbo
Guillaud warned that strikes against Gbagbo’s camp could resume at the request of the United Nations and if he continued to refuse to step down,

France’s intervention in its former colony has infuriated Gbagbo, who blames Paris for supporting the north of the country in the civil war of 2002/03, and it comes at a tense time for French diplomacy after President Nicolas Sarkozy’s spearheading of the West’s military response to the crisis in Libya.

Last year’s long-delayed election in the world’s top cocoa producing nation was meant to draw a line under the civil war, but Gbagbo’s refusal to cede power has plunged the country into violence that has killed more than 1 500 people.

The International Criminal Court prosecutor said on Tuesday he was in talks with West African states about referring alleged atrocities in the Côte d’Ivoire to the court after a reported massacre in the west of the country.

Over the past week, forces loyal to Ouattara launched a major assault on Gbagbo’s last strongholds in Abidjan, driving home their campaign to oust him.

Gbagbo government spokesperson Ahoua Don Mello, who was taking part in the negotiations, said the parties were still in talks.

“Some points are still being discussed. Nothing has been signed, Gbagbo has not signed anything,” Don Mello told Reuters.

The UN document said fighting in Abidjan and elsewhere in the country had stopped on Tuesday, and that Ivorian generals had asked the UN peacekeeping force to protect pro-Gbagbo soldiers and take possession of all their weapons.

But a Western diplomat said sporadic gunfire could still be heard in the well-to-do Abidjan suburb of Cocody as pro-Gbagbo militia men prowled the streets.

“I spent quite a lot of the day in the cellar again because of fighting at the bottom of the street,” the diplomat said. “It is clear the situation is not under control. There are lots of pro-Gbagbo militia running around with guns.”

The conflict drove cocoa prices lower as dealers bet on a swift end to Gbagbo’s rule and a resumption of exports. The country’s defaulted $2,3 billion Eurobond rose to a new four month high on Wednesday on raised expectations of repayment. – AFP, Reuters