US shutdown feared amid budget squabble 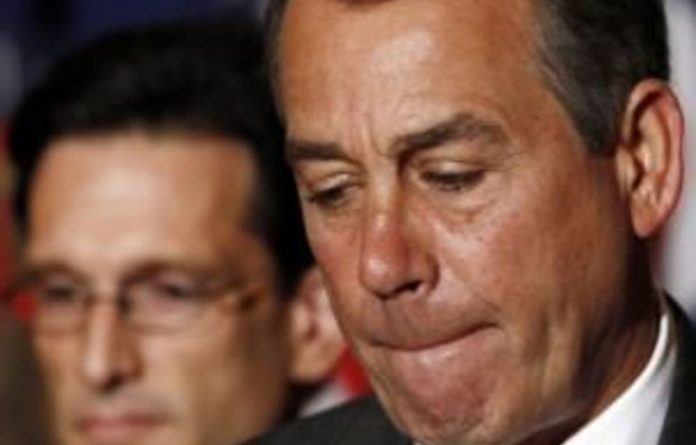 United States congressional negotiators on Wednesday raced against a looming deadline to agree on billions of dollars in spending cuts in a budget deal that keeps the federal government operating beyond Friday.

With time running short, Republican and Democratic negotiators struggled to find a compromise to avert a federal government shutdown that could throw hundreds of thousands of employees out of work.

A Democratic aide said the two sides were moving closer but still needed to hammer out the size and composition of the spending cuts for the final six months of this fiscal year.

Both parties blamed each other for the political showdown, which will set the stage for more budget battles ahead, and promises to echo through the 2012 election campaign.

Senate Democratic leader Harry Reid said the budget talks were “constantly evolving” and accused Republicans of changing the terms of the debate ahead of the deadline at midnight on Friday.

“Every time we agree to meet in the middle they move where the middle is,” Reid said as the Senate opened on Wednesday. “We stand here with fewer than 72 hours on the clock … It’s time to get the job done.”

Negotiators had tentatively agreed on a figure of $33-billion earlier this week, but House of Representatives speaker John Boehner, a Republican, is now pushing for a target of $40-billion.

The two sides also must resolve which programs would go under the knife to satisfy Republican demands for sharp spending cuts in the current fiscal year.

Shutdown likely
White House negotiators are still willing to discuss a final figure on spending cuts but say that, if Republicans insist on reducing abortion funding and halting the Environmental Protection Agency’s greenhouse gas rules, a government shutdown is much more likely, Democratic sources familiar with the budget talks said.

A Republican insistence on the inclusion of such hot button budget “riders” poses the greatest threat of a government shutdown, the Democratic sources said.

The budget showdown is the biggest political test for both parties since Republicans swept to power in the House and made big Senate gains in last year’s elections on promises to slash government spending and reduce the federal government.

Boehner is under pressure to push for deeper cuts from fiscal conservatives aligned with the Tea Party movement who oppose any compromise. Democrats said the Tea Party was the driving force in the showdown.

“He can either do what the Tea Party wants or what the country needs,” Reid said of Boehner. “Republicans have demanded a budget that can pass with only Republican votes.”

A government shutdown, the first in 15 years, would ripple through an economy still recovering from the worst recession since the 1930s.

A senior US official said the number of workers idled could be around 800 000, the same number as in the last shutdown in 1995. The processing of small business loans and tax filings could be suspended and there would be a “significant impact” on the housing market, the official said.