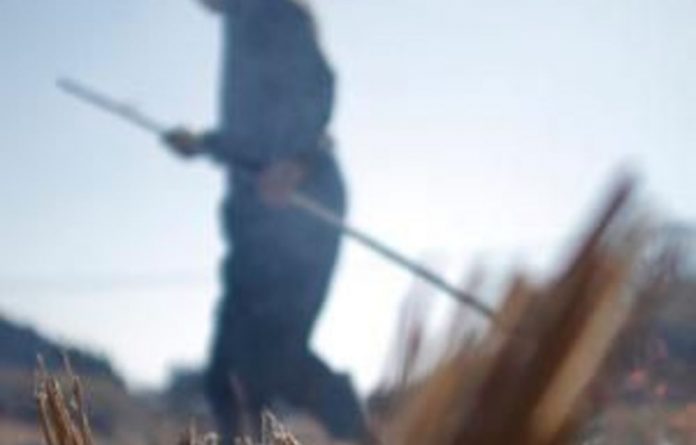 Workers at Japan’s stricken nuclear plant on Thursday pumped nitrogen into a crippled reactor in a bid to prevent a possible explosion and contain the world’s worst atomic accident for 25 years.

With the crisis at the Fukushima Daiichi plant approaching the end of its fourth week, operator Tokyo Electric Power Company (Tepco) said it was concerned a build-up of hydrogen gas at reactor number one could cause another explosion at the site.

The fresh challenge underscored the fragility of the situation at the stricken plant, after rare progress was seen on Wednesday when workers plugged a hole spewing highly radioactive water into the ocean.

Tepco officials say hydrogen building up in the housing around reactor number one could mix with incoming oxygen, creating an explosion.

The move came as an assessment by the United States Nuclear Regulatory Commission dated March 26 emerged, citing persistent and growing threats at the plant, including the risk of gas build-up and explosions.

Workers began pumping in nitrogen, an inert gas abundant in the atmosphere, which they hope will displace the oxygen. The process to inject 6 000 cubic metres will take about six days, Tepco said.

“Workers started injecting nitrogen gas at 1.31am [local time]. Since the pressure level went up, they confirmed that the gas was successfully going into the container,” said a spokesperson with Japan’s nuclear safety agency.

Tepco said it was also planning to inject nitrogen gas into reactors number two and three as a protective measure.

In the days after the earthquake and tsunami crippled the plant, large explosions resulted from hydrogen accumulation near the reactors, damaging the outer buildings housing them.

A 20km exclusion zone around the plant has forced tens of thousands of people to evacuate.

The plant has emitted radioactive material into the air, contaminating drinking water and farm produce, with radioactive iodine above legal limits detected in vegetables, dairy products and mushrooms.

Nuclear concerns continue to distract from the March 11 disaster that has left more than 12 000 dead and more than 15 000 missing.

Fishing industry angered
On Wednesday, the government promised compensation for the fishing industry, a day after increasing unease about the contamination led it to impose a legal limit for radioactive iodine in seafood for the first time.

Levels of radioactive iodine-131 and caesium in seawater immediately outside the plant have spiked, stoking fears over marine life in a country whose diet depends heavily on seafood.

Tepco has also continued a separate operation to release 11 500 tonnes of lower-level radioactive water into the sea to free up urgently needed storage space for water so toxic that it is hampering crucial repair work.

The water dumping has angered the fishing industry and on Wednesday Ikuhiro Hattori, the head of Japan Fisheries Cooperatives, visited the company’s headquarters to protest.

The triple crisis has slashed the number of foreigners travelling to Japan’s two main airports by two-thirds to a daily average of just more than 5 000.

The wider economic impact from the quake, tsunami and nuclear emergency is likely to drive the country into recession in the coming months, many economists now say. — AFP

Japan has a diversified economy not heavily reliant on tourism. But with domestic spending already weak, the hit from a cancellation could ripple through and further depress local purchasing.
Read more
Advertising
Continue to the category
Politics