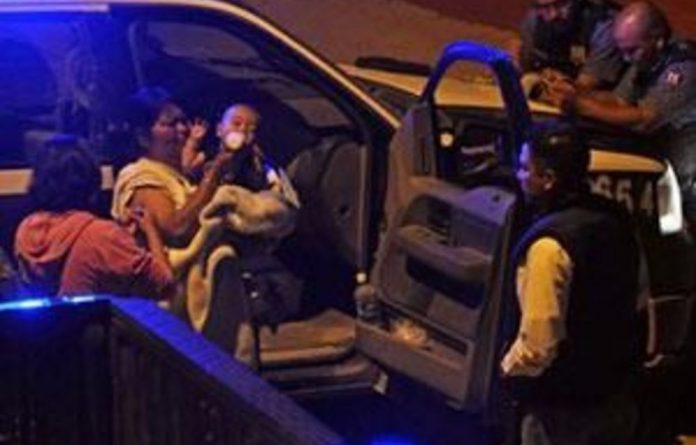 Thousands of Mexicans protested the country’s raging drug war on Wednesday as dozens of bodies were found in graves near the country’s border with the United States.

Demonstrators marched in cities across Mexico, holding signs condemning the wave of killing that has claimed more than 37 000 lives since President Felipe Calderón took office in December 2006 and launched a military-led crackdown against drug cartels.

“We are fed up with this war that nobody asked for,” said protester Leticia Ruiz in the northern border city of Ciudad Juárez, where some businesses have closed because of gunbattles in the streets and rampant extortion by cartel members.

Although recent estimates suggest the violence may have peaked last summer, Mexicans are jarred by daily news stories of beheadings and executions as cartels war for control of cocaine smuggling routes. Most cocaine consumed in the United States goes through Mexico.

Prosecutors said on Wednesday they discovered 59 bodies in a series of graves in the northern state of Tamaulipas, not far from a ranch where 72 Central and South Americans were executed late last year by drug gangs preying on migrants traveling north through Mexico.

Authorities said one grave held 43 bodies, with the rest of the bodies spread among seven other graves.

Investigators believe the recently discovered victims may have been abducted from a bus on March 25, the state prosecutor’s office said in a statement.

‘No more murders’
Protest organisers said more than 10 000 people participated in the nationwide marches, but numbers could not be confirmed.

The bloodletting has hurt Calderon’s conservative party and strained relations with the United States, which is providing Calderon with equipment and intelligence to fight drug gangs.

In Mexico City, several thousand protesters held signs saying: “No more murders” as they filed into the city’s central plaza. Smaller protests were held in New York and Barcelona.

Body counts published by Mexican media indicate the death toll has fallen for two consecutive quarters for the first time since Calderon began his campaign.

The tallies point to about 3 220 murders in the first three months of 2011, down from 3 690 in the last quarter of 2010. The government has yet to publish an official estimate.

Demonstrators also marched through the northern business capital of Monterrey. But the impetus for the national protests came from the weekend getaway city of Cuernavaca.

Renowned as a peaceful colonial-era jewel south of Mexico City where young couples go to marry, Cuernavaca became a hotbed of protests after the son of a leading poet and author was discovered killed there last month.

Police there found the bodies of 24-year-old Juan Francisco Sicilia and several of his friends in a car, along with a menacing message from drug cartels.

Since his son’s death, Javier Sicilia has urged Mexicans to take a stand against the violence, generating enough publicity to earn him an audience with Calderon on Wednesday.

“We’re sick of you politicians,” Sicilia wrote in a public letter. “In this badly planned, badly executed and badly led war, you have put the country into a state of emergency.” – Reuters