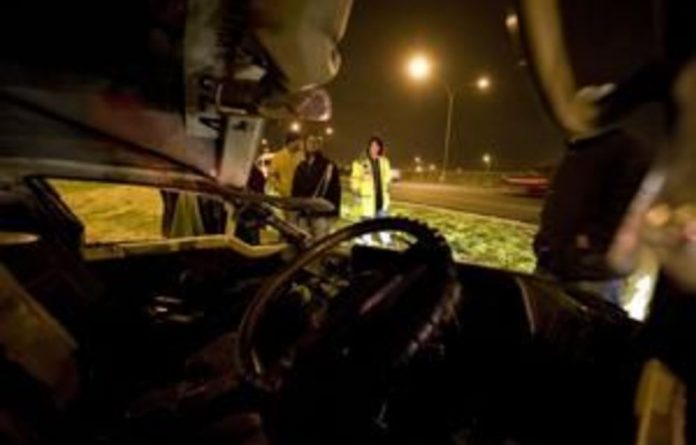 If a pharmaceutical company produced an addictive drug that caused millions of deaths, millions more cases of disease and disability as a major contributor to HIV, TB, violence, crime, road injury, poverty and unemployment, a rational person may be forgiven for thinking that, for it to be legal, this drug must have some really impressive, probably life-saving benefits for society.

They may be rather baffled then to discover that the major benefits of this drug are temporary social lubrication, stress relief and fun and that the experience of these benefits tends to be reversed with excessive consumption of the drug and indeed, about a third of those who use it consume it at excessive levels. They may be further alarmed to hear that it is not the drug company, but the tax-payer that foots most of the R38 billion bill for the harms caused by this drug. The companies referred to are of course the liquor industry and then drug is alcohol.

What has created this paradoxical attitude to alcohol whereby the most harmful recreational drug in existence is not only legally manufactured but also actively promoted and available on nearly every street corner?

While death and disability are the most prominent and easily measurable alcohol-related harms it is important to recognise that these represent merely the tip of the iceberg. Alcohol abuse has long-term effects on a number of transgenerational determinants of socio-economic development through its effects on parenting, teenage pregnancy, school performance, poverty, employment and crime. Before asking who should be responsible for paying for alcohol-related harms, it is important to consider who is paying for them now.

Both global and local research indicates that the poorest members of society experience the brunt of alcohol-related harms due to increased risks of heavier drinking, higher baseline rates of other risk factors for alcohol-related harms and reduced capacity to buffer the economic/health consequences of the harms experienced. For example, a poor South African is at far greater risk of being stabbed in a drinking outlet than a middle-class South African (due to, for example, higher rates of anxiety, easier access to cheap alcohol and overcrowding in liquor outlets). Their chances of accessing high quality rehabilitation, retaining their employment, receiving disability or life insurance are also substantially less than a wealthier citizen.

Again, the burden is heavier on poorer households. As the majority of South Africans are reliant on state services, a massive proportion of alcohol-related costs are carried by government and tax payers. These costs have been conservatively estimated at approximately 17 billion rand.

The liquor industry is required to invest in programmes that reduce alcohol harms, but to date investments by these companies have been minimal. There is of course substantial tax revenue generated from the sale of liquor, which clearly goes to government coffers, but is not specifically earmarked for alcohol abuse programmes.

Thus, it is clear that currently it is drinkers, their families and the taxpayers who pay for alcohol-related harm in South Africa. However, this would place the bulk of costs on drinkers while abdicating the responsibility of the liquor industry.

Is this appropriate, given that the liquor industry is at least partially responsible for the current level of alcohol abuse?

While profits soar, these poorest areas bear the heaviest burden of alcohol-related harm. It is high time that the burden of cost from alcohol abuse be shifted away from taxpayers to the industry. The introduction of a levy, usually set as a percentage of turnover, paid by liquor manufacturers and/or retailers is a way of recouping this debt.

To achieve both a reduction in drinking as well as ensuring that industry contributes its share, a combination of measures that raise the price of alcohol as well as collect revenue from industry would be ideal.

The different methods for achieving this (taxation or setting minimum prices with additional levies on the liquor industry) need to be carefully considered as research in other countries has demonstrated that these measures vary in their impact on the different alcohol-related harms.