Falling apart at the seams 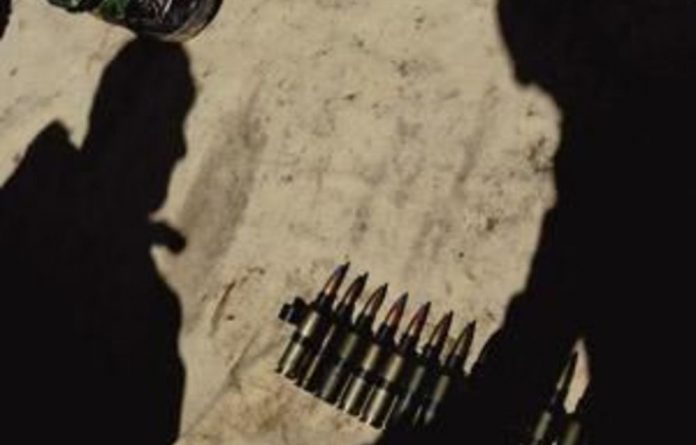 Libya’s revolutionary leadership is split over competing claims to command its armed campaign, as the rebels attempt to shore up their credibility in the West after losing almost all the territory gained by foreign air strikes.

The dispute comes as the military leadership continues to struggle with the lack of discipline that has so damaged its campaign and that led to the death of 13 rebel fighters and medics last week after one of them indiscriminately fired an anti-aircraft gun and provoked a Western air strike. Four vehicles were destroyed, including an ambulance.

The revolutionary council described the incident near the town of Brega as a “terrible mistake” for which it took responsibility.

The rebels continued a standoff with Muammar Gaddafi’s army near the scene of the air strike after making a show of bringing better trained and more disciplined troops to the front, along with larger weapons, in an attempt to turn around the image of their force as chaotic, lacking in tactics and largely unable to fight.

Fighting also continued in the two rebel enclaves in the west of the country, Misrata and Zintan, this week. Doctors trapped at the hospital in Misrata said scores of people had died in recent days under attack from Gaddafi’s forces.

The revolutionary leadership privately concedes a military victory is unlikely, even with the support of Western air strikes. It is increasingly looking to a diplomatic track or the collapse of the regime from within as the best hope of removing Gaddafi, although it is still attempting to encourage popular uprisings in cities under his control.

The revolutionary leadership in Benghazi knows that the military campaign needs to be continued as a means of defence and to maintain pressure on Gaddafi. It also acknowledges the need to build a credible military force amid creeping concern in the West over how thousands of evidently undisciplined but armed young men might behave as they move in to other towns. But that effort appears to be undermined by an internal dispute over who is in charge of reviving the rebels’ military fortunes after a week of stunning setbacks.

Last week, the revolution’s military wing appointed its own spokesperson, Colonel Ahmed Omar Bani. He announced that Colonel Khalifa Belqasim Haftar, who fought in Libya’s war against Chad in the 1980s, had been appointed commander of the military campaign.

Haftar replaces General Abdel Fatah Younis, Gaddafi’s interior minister until two months ago and former head of Libya’s special forces who defected to the rebels at the beginning of the revolution. But at the weekend, the revolutionary administration announced that Younis was back in command, while denying there had ever been a change.

Both men have their constituencies and their critics, given their deeply tainted pasts. Haftar is popular among some of the civilian volunteers who make up the bulk of the rebel forces because of his long opposition to Gaddafi.

After the war with Chad, he was recruited as commander of an anti-Gaddafi force assembled by the CIA. When that failed, he moved to Virginia where he lived not far from the CIA headquarters, raising questions about how close past ties remain.

Some members of the revolutionary political leadership say Haftar returned to Libya with a swaggering arrogance and an expectation that he would automatically be put in charge of the uprising against Gaddafi.

The revolutionary council had already appointed Omar Hariri as the de facto defence minister and Younis as the military commander in the belief that he would win over defectors from Gaddafi’s army who are supposed to provide the backbone of the rebel force — although so far there has been limited evidence of it. As Younis failed to deliver, twice losing gains already made against Gaddafi’s forces, including more recently by the air strikes, the fighters started to look elsewhere.

There was already considerable suspicion about Younis among many ordinary Libyans in the rebel-held territory because of his long service to Gaddafi and the belief that as interior minister he was implicated in some of the regime’s crimes.

Life in Misrata is pure ‘terror’
There has been much to terrorise the people of Misrata over the past weeks of bloody siege. Tank shells and mortars have fallen at random in the heart of the rebel-held Libyan city, with little warning bar the final whistle of the explosive flying through the air. Muammar Gaddafi’s planes have periodically bombed the revolutionary enclave in the west of the country. But residents say there has been nothing like the snipers.

“We are afraid even to step into the street any time. You can just be shot. I’ve seen children shot. They come in here with arms and legs destroyed. The snipers know who they are shooting. It’s terror,” said a doctor at one of the town’s hospitals who gave his name only as Ali.

Among the victims was 13-year-old Khalid, who escaped the city last Sunday on a Turkish car ferry turned makeshift hospital ship. He described how he was shot in the thigh by a sniper while going out for his mother to find food.

He said he was not a fighter and did not have a gun. “I did not see him; he just shot me. I had to crawl back to my house and my mother saw me and screamed. There was a lot of blood.”

Libya’s third largest city is enduring its sixth week of an assault by Gaddafi that has seen the fortunes of its rebel defenders swing back and forth.

Last week, Misrata residents cheered what they thought was the end of the siege after Western air strikes destroyed many of Gaddafi’s tanks and the no-fly zone put an end to bombing by his air force. But the Libyan dictator came back, sending his troops in to fight for the city street by street.

“Most of those coming into the hospital now are shot by snipers,” said Ali. “We don’t have anaesthesia if we have to amputate. We don’t have clean water. We only have electricity because we have a generator. I never thought we would live in this kind of hell in Libya.”

One doctor told Reuters that about 160 people had been killed in the city over the past week and that hundreds more had died since the beginning of the conflict. — Guardian News & Media 2011