From El Bulli to eBulli 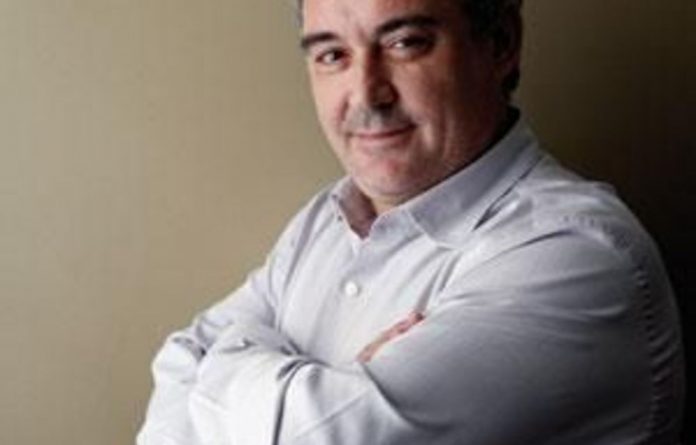 The world’s greatest chef has had enough. “I don’t care now whether I have three stars, or however many. Or whether I am number one or number 28,” says Ferran Adrià, the former plate-washer who has revolutionised high cuisine over the past 20 years.

“You can’t stay at number one forever. Imagine if Barcelona won the Champions League for 15 seasons. The system couldn’t handle it.”

Adrià’s words may sound world-weary but in fact they are the opposite.

Having reached the top, and stayed there for so long, he is closing his world-famous El Bulli restaurant and turning its location, in a charming Mediterranean cove, into a research foundation that will reach out to the masses by publishing daily on the internet.

It is yet another bold move in the story of Spain’s rise in the world of fine food. Like half a dozen other Spanish chefs whose names are hallowed by gourmets, Adrià has transformed a small restaurant far off the beaten track into an international brand.

The irony is that Spaniards’ eating habits, once based on a traditional Mediterranean diet rich in healthy vegetables, fruit and beans, have disintegrated just as its chefs have won global fame.

“Right now there is no real difference between the diet of someone in Malaga and someone in Liverpool,” says Dr Francisco Tinahones, the head of the endocrinology department at Malaga’s Hospital Clinico.

Obesity and adult diabetes have rocketed to 20% and 12% of the population respectively, with the latter doubling in 20 years. Child obesity is at 30% in some areas.

“Experts mostly believe that, as a result, this generation will live shorter lives than their parents,” says Tinahones.

Sharing the secrets
Part of Adrià’s mission will be to correct that, much as Jamie Oliver has tried to in Britain. He already works with Valentin Fuster, an eminent Spanish cardiologist.

Adrià will start by sharing the secrets of how he feeds his own employees.

“People imagine that chefs in top restaurants eat well, but often they don’t because they are too busy and only have time for a sandwich,” he says. “Three years ago we decided to eat fantastically. Now we serve a three-course lunch that costs us just €3 a head.”

His entire staff of 75, in other words, eats for the price of a single meal at El Bulli — though they do not get the 44 dishes served to each diner the day the Guardian visited, which included typically bizarre Adrià inventions such as soya matchsticks and game cappuccino.

The monthly staff menu will eventually be published in English in book form, titled The Family Meal.

Bleeding money
Turning El Bulli into a foundation will also stop it bleeding money. Adrià takes a loss on the restaurant, making money elsewhere — mostly as a consultant.

“This is like a research and development department. You shouldn’t expect it to make money,” he says.
Although he insists his decision to close has nothing to do with money, it highlights the complex economics of high cuisine — where top chefs often make money away from the restaurants that made them famous.

Professor Julia Prats, an economist who carried out a case study on El Bulli for the University of Navarre’s IESE business school, says it is a fantastic marketing tool for Adrià. “Even if it breaks even, that’s an accomplishment,” she says.

In the wake of the recent death of fellow Catalan chef Santi Santamaria from a heart attack in his Singapore restaurant at the age of 53, Adrià’s decision to go global on the internet while staying local to work is even more understandable. Santamaria, head chef at the triple Michelin-starred Can Fabes restaurant, not far from El Bulli, had been running eight restaurants, in such diverse places as Madrid, Barcelona, Qatar and Singapore.

Adrià does not mind losing El Bulli’s exclusivity. A restaurant with just 15 tables that opens for six months a year and serves only supper can feed just 8 000 people a year. “I am tired of having to turn people away,” Adrià says.

Daily ration of revelations
Rather than retreating from the public gaze, however, Adrià says his new venture will see his El Bulli team exposed to even greater scrutiny than that exercised by the Michelin Guide. “It will be even tougher, because there will effectively be far more people waiting to be ‘served’ on the internet,” he says.

Among the artists, architects and others he will bring into the kitchen to broaden El Bulli’s creative drive, the new team will include a journalist to serve up a daily ration of revelations from his experimental kitchen.

The challenge will also be about competing with El Bulli’s own history. Adrià is famous for the hours he spends in his workshop, pursuing new ideas for the menu. Although he has represented Spain at art shows, Adrià rejects the idea of cuisine as art. “The umbrella is not art but creativity,” he says.

He will be bringing other creative people into the foundation’s kitchen. “They will be able to see how we create, and we can study how they do it,” he says.
Vicente Todoli, the outgoing Spanish director of the Tate Modern, is a friend of Adrià and will be among those advising him. Adrià will also teach creativity at Harvard for two weeks a year. His systematic approach to invention will include “teaching how to be an efficient creator”.

Some eating will be done at the El Bulli Foundation, but there will not be regular meals. Those wanting a taste of the Adrià magic, however, can get to two new Barcelona outlets that he has opened in recent weeks with his brother, Albert. One, Tickets, serves tapas invented at El Bulli. The other, called 41, serves snacks and cocktails. Both, inevitably, are booked out.

Either way, though, the master chef of the century so far is retiring from the frontline of serving up food. “You can’t win the Oscar every year,” he says. “Even the people who love you will start to say: ‘Oh no, not them again!’

“It is not easy to step down when you are at the top and it may go badly. But at least we will have tried it and have been consistent in our own approach to creativity.” —

The pain of reining in Spain