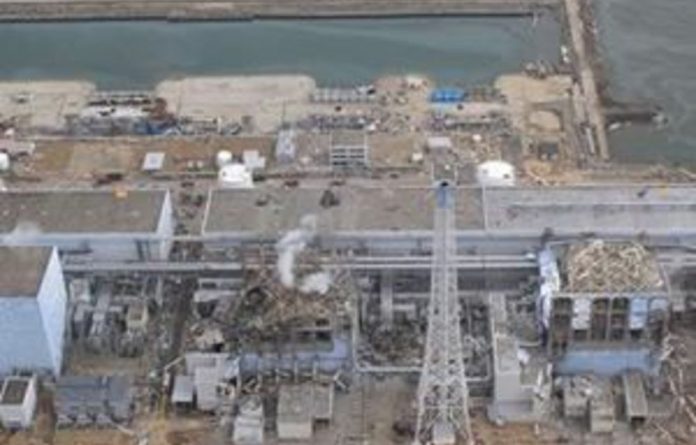 Japan raised the severity of its nuclear crisis to the highest level on Tuesday, putting it on a par with the world’s worst nuclear disaster at Chernobyl in 1986 because of the amount of radiation released into the air and sea.

As another major aftershock rattled the earthquake-ravaged east of the country, a fire broke out at the Fukushima Daiichi power plant, although engineers later appeared to have extinguished the blaze.

Developments in recent days suggest the operator of the stricken facility is no closer to restoring cooling systems at the reactors, which is critical to bringing down the temperature of overheated nuclear fuel rods.

An official at Japan’s Nuclear and Industrial Safety Agency (Nisa) said that based on cumulative levels of radiation released, the severity of the incident had been raised to seven, the worst on an internationally recognised scale.

A senior official in Prime Minister Naoto Kan’s office said the reason for raising the level a month after the disaster was that it had taken time to measure and estimate the overall radiation emitted from the damaged nuclear plant.

“Even before this, we had considered this a very serious incident so in that sense, there will be no big change in the way we deal with it just because it has been designated level seven,” said the official.

It had previously been put at a five rating, on a par with the 1979 Three Mile Island incident in the United States.

A level seven incident means a major release of radiation with a widespread health and environmental impact, while a level of five is a limited release of radioactive material, with several deaths, according to the International Atomic Energy Agency (IAEA).

Several experts said the new rating exaggerated the severity of the crisis, adding the incident did not compare to the Chernobyl disaster in Ukraine a quarter of a century ago which spewed radiation over most of Europe.

“It’s nowhere near that level. Chernobyl was terrible — it blew and they had no containment, and they were stuck,” said nuclear industry specialist Murray Jennex, an associate professor at San Diego State University in California.

“Their [Japan’s] containment has been holding, the only thing that hasn’t is the fuel pool that caught fire.”

The increase in the severity level heightens the risk of diplomatic tension with Japan’s neighbours over radioactive fallout. China and South Korea have already been critical of the operator’s decision to pump radioactive water into the sea, a process it has now stopped.

“Raising the level to a seven has serious diplomatic implications. It is telling people that the accident has the potential to cause trouble to our neighbours,” said Kenji Sumita, a nuclear expert at Osaka University.

The month-long nuclear crisis that has gripped Japan following an earthquake and tsunami has claimed up to 28 000 lives and the estimated cost stands at $300-billion, making it the world’s most expensive disaster.

Nisa said the amount of radiation released into the atmosphere from the plant, 240km north of Tokyo, was about 10% that of Chernobyl.

However, plant operator Tokyo Electric Power Company (Tepco) warned the release could eventually exceed Chernobyl if leaks were not halted.

“Radiation released into the atmosphere peaked from March 15 to 16. Radiation is still being released, but the amount now has fallen considerably,” said Hidehiko Nishiyama, Nisa’s deputy director-general.

The country’s nuclear commission also released a preliminary calculation for the cumulative amount of external exposure to radiation, saying it had exceeded the yearly limit of one millisievert in areas extending more than 60km to the north-west of the plant and about 40km to the south-southwest, news agency Kyodo reported.

No closer resolution
Tepco had already pumped 10 400 tonnes of low-level radioactive water into the ocean to free up storage capacity for highly contaminated water from the reactors.

In a desperate move to cool the highly radioactive fuel rods, Tepco has pumped water on to reactors, some of which have experienced a partial meltdown.

But the strategy has hindered moves to restore the plant’s internal cooling system as engineers have had to focus on how to store 60 000 tonnes of contaminated water.

Engineers are also pumping nitrogen into reactors to counter a build-up of hydrogen and prevent another explosion sending more radiation into the air, but they say the risk of such a dramatic event has lowered significantly since the March 11 earthquake.

Because of accumulated radiation contamination, the government is encouraging people to leave certain areas beyond a 20km exclusion zone around the plant. Thousands of people could be affected by the move.

“We need to remind ourselves of the way Japan deals with problems … information dribble, dribble, dribble followed by admission and then knee jerk double-triple over-kill reactions,” said Michael Newman, head of sales at Macquarie Capital in Japan. – Reuters

Japan has a diversified economy not heavily reliant on tourism. But with domestic spending already weak, the hit from a cancellation could ripple through and further depress local purchasing.
Read more
Advertising
Continue to the category
Politics