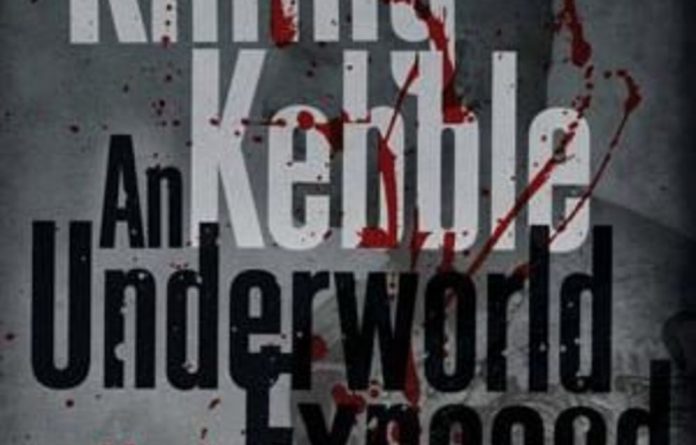 In Killing Kebble, award-winning radio journalist Mandy Wiener strives for the opposite, trying to keep controversial businessman Brett Kebble alive — and not only because his life makes a good story.

The demise of Kebble is more than a tale of a rich young man who played with fire and in the end set himself alight, it is also about how the worlds of money, politics and crime intersect in South Africa and how dreadfully little is done to unravel these complicated webs of power.

Journalists try — and Wiener acknowledges the work of Mail & Guardian reporters in this regard — but in Killing Kebble South Africans get a glimpse into the underworld where most ordinary citizens don’t live, yet are affected by it every day.

When their homes are broken into, their children’s schools infiltrated by drugs, or they can’t walk the streets of their suburbs at night, the underworld that seems so far removed comes into play.

Modern-day Barney Barnato
As a news reporter for Talk Radio 702 Wiener spent months sitting on the hard wooden benches of courtrooms around Gauteng, unwittingly collecting the pieces of a puzzle, which came together only a few years later, when the former national police commissioner, Jackie Selebi, was found guilty of ­corruption.

In her book Wiener tells the story of well-to-do and respected Houghton businessman Brett Kebble who fashioned himself into a modern-day Barney Barnato.

Like Barnato, Kebble made his money from others digging up gold in the Witwatersrand. Wiener quotes a newspaper report that compared Kebble, chief executive of JCI, one of the country’s most respected and prosperous mining companies, with Barnato.

The comparison was Kebble’s downfall, it seems, because he believed that he was destined, like Barnato, to become the king of the mining industry.

A few bad decisions and millions of rands later, Kebble realised his plan had failed. He opted for assisted ­suicide, hiring hitmen to make him look like the victim of a typical Johannesburg hijacking.

A generous benefactor
Even in his planning for the suicide, his ego grabbed centre stage — he wanted to die as the first influential white businessman who took a real interest in developing young black leaders. In a way it worked.

Today a few former leaders of the ANC Youth League remember Kebble as a generous benefactor, one of them Sports Minister Fikile Mbalula. They also remember the lavish parties in Kebble’s Bishopscourt and Atholl residences and how Kebble introduced them to elements of the good life — wine, women and song.

To tell Kebble’s story Wiener leveraged the extraordinary relationships she developed with all the role players during several court cases, including Nigel McGurk, Faizel ‘Kappie” Smith and Mickey Schultz.

With the insight developed from reporting and later tweeting from court, Wiener was able to portray these men as more than mere thugs who come from broken homes and saw killing for money as all in a day’s work. In doing this Wiener treads a fine line between sympathy and empathy, but she does so masterfully.

A reader certainly has more insight into what made these men who they are, but does not come away feeling sorry for them. Wiener makes it clear they knew what they were doing and they knew it was wrong. She does not attempt to hide that her relationship with the other accused, businessman Glenn Agliotti, was complicated because he was as charming and media-savvy as Max Clifford or Alastair Campbell. Agliotti’s charm did not work on the three murderers. To this day they still insist he owes them money for the ‘job” they did.

Too controversial
Back to Kebble. Wiener’s depiction of this enigma of a man will be valuable for years to come because ­Kebble was one of a new generation of political funders.

Although he probably gave money to the ANC (the book makes no mention of this), he aimed at propping up the youngsters in the ruling party. At a crucial point, however, he also learned how unreliable these ­relationships were.

His secretary, Laura Sham, told Wiener how, after Kebble funded an ANC Youth League conference, his young comrades asked him not to attend because he was too controversial at the time. Today Mbalula and the rest deny this, saying Kebble declined the invitation to attend.

Through numerous interviews with Kebble’s father Roger and brother Guy, the reader comes to know Brett as a misfit in his own family. Whereas Roger and Guy were rough alpha males, Brett was the one more interested in music and art. Roger and Guy said the youngest member of their family eventually shut them out, refusing to take their calls or cancelling visits at the last minute. They paint a picture of a highly successful and gifted man, but one who struggled with depression and handled failure badly. Roger told Wiener that since Brett was a teenager he had a habit of threatening suicide when the going got tough.

A major gap in the book is input from Kebble’s wife, Ingrid. Their relationship was difficult, according to Roger and Guy, but Ingrid’s last text messages to her husband did not lack affection and were signed off with numerous kisses.

Ingrid’s take on events would have provided the nuanced insight that would have given the reader a more complete picture of the man. But since the beginning of her late husband’s trouble Ingrid has kept to a strict no-interview policy and Wiener’s requests fell on deaf ears.

Killing Kebble is much more than a real-life skop, skiet en donner book set in the streets of Johannesburg. It permeates through the many layers of South African society and connects the dots in an accessible, highly entertaining manner. Kebble may be dead, but through this important book Wiener shows that the underworld in which he dabbled is still very much alive.

With corruption and fraud endemic in South Africa, whistleblowers have played a pivotal role in bringing wrongdoing to light. Despite their invaluable role to society, in most cases their own outcomes are harrowing and devastating. Mandy Weiner’s new book The Whistleblowers shares their stories. The following is an extract.
Read more
Friday