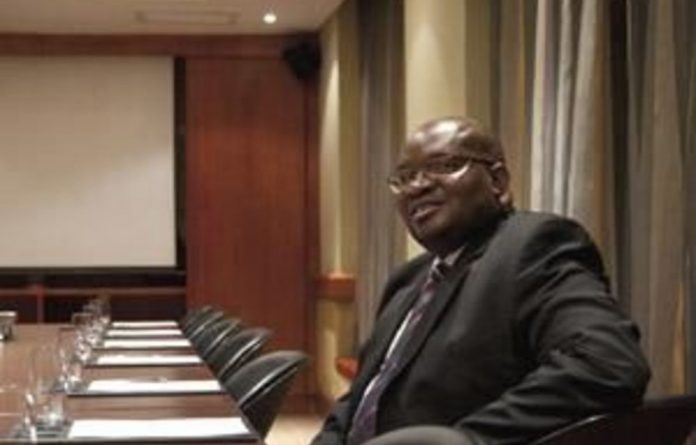 The Mail & Guardian‘s search for the elusive Ministerial Handbook — that get-out-of-jail-free card for officials caught with one or more hands in the state cookie jar — started with the Sunday Times exposé of the overspending of Co-operative Governance and Traditional Affairs Minister Sicelo Shiceka since he took office.

According to the weekend paper Shiceka spent more than R1-million on a trip to Switzerland to visit a girlfriend in jail, flew family members around the country, and paid for stays at the exclusive One & Only hotel at the V&A Waterfront.

Shiceka insisted that much of the Sunday Times story was fabricated, but did justify spending R55 793 on a one-night stay at the One & Only, where he also put up his wife and a “father figure”, claiming that “the Ministerial Handbook allows it”.

In recent years the Ministerial Handbook has been held up as putting an official stamp of approval on everything from excessive spending on pimped-out ministerial cars to long stays at five-star hotels by ministers who turn their noses up at their official residences.

To see whether the handbook really allows for “father figures” to be paid for at the taxpayers’ expense, the M&G approached the department of public service and administration for a copy.

This reporter was gobsmacked to be told that it was a “classified, confidential document” and that to see it we would have to jump through a series of bureaucratic hoops.

“If you’re sending us questions then we can answer your questions. But if you want to see the document, then you need to fill out a PAIA request,” departmental spokesperson Dumisani Nkwamba told us.

Promotion of Access to Information Act
PAIA refers to the Promotion of Access to Information Act, which enables citizens to access information that “may be required in order to exercise or protect their rights”. Undaunted, we sent the department a set of questions centred on the alleged classification of the Ministerial Handbook. Instead of receiving an emailed response we were invited to discuss the issues directly with Minister of Public Service and Administration Richard Baloyi.

Baloyi, however, would not be pinned down on whether the handbook is, indeed, a classified document accessible only through a PAIA application. He instructed us to ask his office for a copy.

He later said the issue was not whether it was classified, it was what was of media interest as far as the Ministerial Handbook was concerned. “Approach my office for it,” he said, “and let’s take the debate from there.”

On Wednesday morning, we made the call to his office as requested. This time, Nkwambe said the document was already in the public domain and that it was accessible “when you follow certain steps”.

“We need to ensure that the process is done correctly,” he said. “There are legalities that need to be dealt with.” We were told to expect a more detailed response later in the day.

Classified document
That afternoon the department responded to our request, saying that it could not supply us with a copy of the handbook at this time. The official reason — which had a tediously familiar ring was that “the ministerial handbook is a classified document”. However, we were told, it was accessible to the public in terms of the PAIA.

If at first you don’t succeed, try sources outside government. By asking around, the M&G managed to acquire a copy of the handbook from elsewhere. The 115-page document confirms that it provides “a guideline for benefits and privileges to which members and their families are entitled, in the execution of their duties”, covering everything from allocations for residences and motor transport to official travel abroad.

The handbook is marked “confidential”. However, constitutional law expert Pierre de Vos says that this does not mean that it is top secret and veiled from public scrutiny.

“There is absolutely no reason that it should be secret, especially as every minister caught splurging says it is allowed by the handbook,” he said.

De Vos, who recently blogged on the issue of the handbook, said he, too, had gone through a lengthy exercise to secure a copy of the document, including scouring online databases such as the legal database Lexus Nexus, the Government Gazette and the Government Communications and Information System. Eventually, he also acquired a copy from a political contact.

Murray Hunter, the national co-ordinator of the Right2Know campaign, a coalition that seeks to defend the constitutional right to information and freedom of expression, said that while PAIA is a good law it is often used as a gatekeeping mechanism.

“We find that it is used as a way of delaying access to information that it is your right to access. Sixty-five percent of PAIA requests receive no response, not even a ‘no’,” he said.

Bosasa to Maimane: ‘No record of R500k contract with Andile Ramphosa’