Jo’burg confident Pikitup strike will be over soon 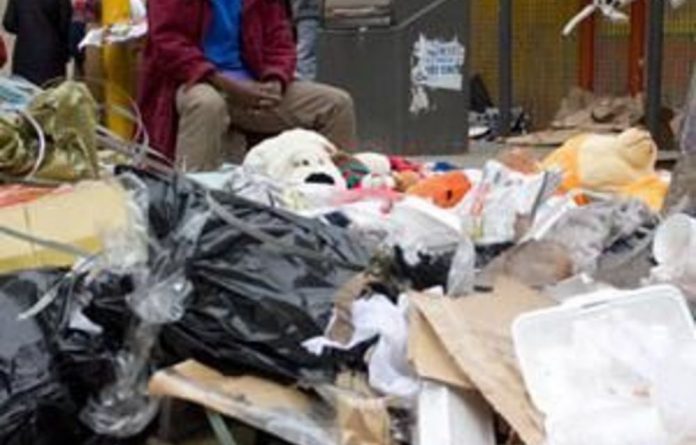 There is a “willingness” by both the City of Johannesburg and the South African Municipal Workers’ Union (Samwu) to bring the Pikitup strike to an end, a city spokesperson said on Tuesday.

“There were seven hours of cordial negotiations yesterday [Monday] from both sides and a willingness to bring the strike to an end,” said Gabu Tugwana.

“I have no doubt that on Wednesday we will be able to go to the CCMA [Commission for Conciliation, Mediation and Arbitration] and tell them the strike is over.”

He said they had agreed on the initial issues brought forward by Samwu, but that the union had presented new issues on Monday.

Subcommittees
The city had a number of subcommittees dealing with different issues affecting the strike.

Tugwana said the city had told Samwu it was unable to meet demands immediately as time and resources were needed.

He said the city had called on service providers on its database to help with the clean-up of waste in the interim.

Clean-up of the inner-city improvement districts had started, he said.

“As a service delivery organisation we can’t stand with our arms folded and ignore the increase of waste … we are continuing with efforts to reduce rubble. We are doing all that we can.”

“We will continue to get all hands on deck,” Tugwana said.

Primary concern
He said the city’s primary concern was to resume normal refuse-removal services to residents and businesses in Johannesburg at the earliest opportunity and to remove the backlog that had built up over the past two weeks.

On Tuesday, the Citizen reported that the uncollected rubbish littering the streets of the Johannesburg CBD had triggered a rat infestation that posed health risks in the area and a decline in business.

CBD spots popular with hawkers, such as Park Station in Plein Street and the Noord Street taxi rank, were most affected.

On Monday, the Labour Court dismissed the City of Johannesburg’s attempt to stop the Pikitup strike, which has left garbage uncollected in the city for at least three weeks.

About 80% of the 2 000 Samwu members within Pikitup first went on a “go-slow” before the strike, causing a severe refuse removal backlog in the city.

During the strike, Pikitup managing director Zami Nkosi, Pikitup board chairperson Phumla Radebe and several other board members resigned.

The strike appeared to be on the brink of ending last week, but a document containing proposals was not signed. — Sapa