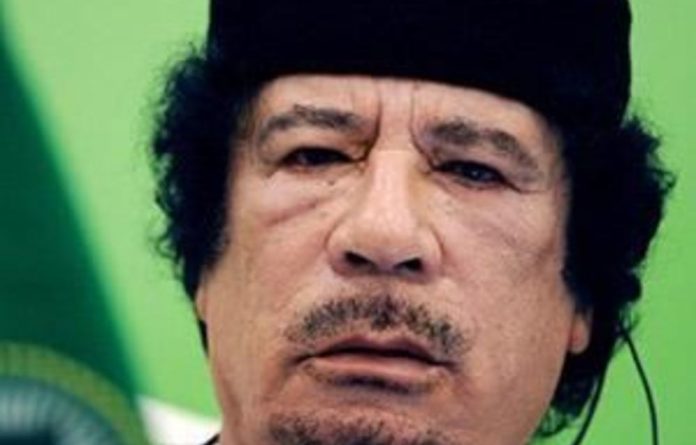 A senior official of the rebel council governing the besieged Libyan city of Misrata said on Tuesday it was formally asking for Western troops to intervene to protect them from loyalist forces.

Nuri Abdullah Abdullati told reporters that they were asking for a Nato or United Nations (UN) force — notably “French and British soldiers” — on the basis of “humanitarian” principles.

The rebels in Misrata have no direct contact with coalition forces. Abdullati said the request had been sent to the rebel Transitional National Council (TNC) in Benghazi in a letter last week, but there had been no immediate reply.

It was the first time rebel authorities in Libya have appealed for foreign ground forces. Previously, they rejected the idea.

“We did not accept any foreign soldiers in our country,” Abdullati said.

“But now, as we face these crimes of [strongman Muammar] Gaddafi, we are asking on the basis of humanitarian and Islamic principles for someone to come and stop the killing.”

He noted that the Qur’an stipulated that if help is not available from Muslims, it is acceptable from Christians.

“Before we were asking for no foreign interference, but that was before Gaddafi used Grad rockets and planes. Now it’s a life or death situation,” he said.

Ten a day
Abdullati, a judge before the conflict, is one of 17 members of Misrata’s judicial committee, the top tier of the city’s rebel governing council.

His plea came as Gaddafi and rebel forces exchanged fierce and heavy gunfire and rockets in the south-east of Misrata.

The din subsided only briefly when Nato planes were heard overhead, but picked up immediately afterwards.

Many in Misrata are asking what Nato is doing to help them, but the situation on the ground makes it difficult for the air alone intervention alone to make a difference, with many battles being fought street by street.

Tripoli has denied the use of cluster munitions — banned in most countries — but reporters, medics, residents and human rights groups have recovered debris from the bombs, giving the lie to that denial.

Around 10 people are dying and 30 are wounded every day in the fighting in Misrata, which began March 6.

‘The humanitarian priority’
The city, with a population of 500 000 including outlying villages, has been under siege for nearly two months, with energy, food, water, fuel and medicine all running out.

Lines of up to seven hours form in front of service stations in relatively safe areas, and electricity generation for the city is less than 20% of it was before the conflict, forcing hospitals to use generators.

Refugee charities have called the situation “the humanitarian priority” in Libya. Some fear a mass exodus by boat of Misrata residents, creating a refugee crisis for Europe.

France and Britain, which are leading the air strikes, are resisting the idea of sending in ground forces, saying it could violate the terms of a UN resolution barring a foreign “occupation” force.

But the Misrata rebels said they would view a foreign force as a “humanitarian” operation to militarily aid their struggling fighters.

Some estimates put the rebel force at 5 000 or less, and Gaddafi’s force besieging the city at more than 20 000 — equipped with tanks and heavy artillery. — AFP