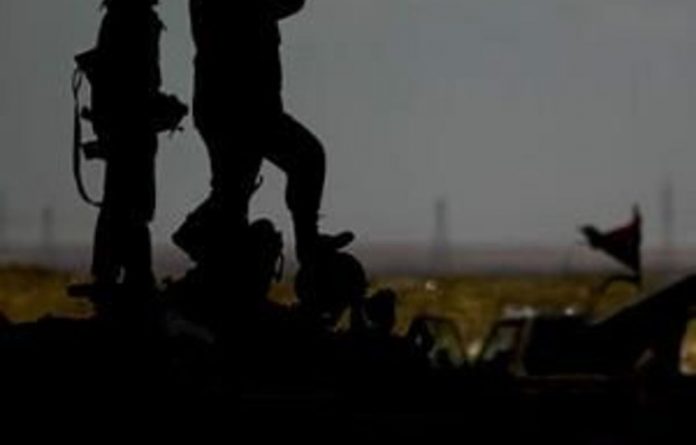 A ferry rescued almost 1 000 people from Misrata on Monday and Britain said it plans to pick up 5 000 more, as UN officials said Muammar Gaddafi’s government has guaranteed “safe passage” for foreign aid workers and to let a UN mission into the besieged port city.

The safe passage was part of an accord on humanitarian access to the capital and other Libyan cities secured in Tripoli on Sunday by UN humanitarian chief Valerie Amos, said deputy UN spokesperson Farhan Haq.

“We want to assess the situation and determine the needs with our own eyes,” Bunker told Agence France-Presse (AFP).

But the head of the Red Crescent in Misrata was sceptical the regime would deliver on its promise, as snipers, cluster bombs and intense shelling spread panic in the city.

“Gaddafi says a lot of nonsense,” Omar Abu Zaid told AFP. “We would like anything to help the people of Misrata. But we don’t trust Gaddafi.”

Two large blasts were heard late on Monday, thought to have been from rockets targeting the port area where plumes of smoke billowed into the night sky.

A doctor reported 1 000 people killed in six weeks of fighting in Misrata, as the International Organisation for Migration warned that the vast numbers wanting to flee were threatening to overwhelm the international rescue.

The IOM said nearly 1 000 stranded people had been taken out on Monday but that thousands more were awaiting rescue.

Britain said it will charter ships to rescue 5 000 migrant workers trapped in the port city, about 215km east of Tripoli.

A British spokesperson at the United Nations said the plan was discussed by Britain’s International Development Secretary Andrew Mitchell with top UN officials in New York.

“Current planning is to get 5 000 out of Misrata and it is likely to be one ship,” spokesperson Daniel Shepherd told AFP.

Caught on quayside
“The position in Misrata, which has sharply deteriorated in the last few days, means that there are 5 000 poor migrant workers caught out on the quayside with munitions exploding some 300m from where they are,” Mitchell told the BBC.

He said the IOM-organised operation would take the workers to Egypt.

Mitchell also said Britain would fund aid to other towns in western Libya.

It would be channelled through the International Medical Corps, a non-government group, which will send in five-person medical teams to treat the wounded and sick, a British statement said.

In Geneva, the IOM said a chartered ferry had evacuated 971 stranded people on Monday, mostly Ghanaians.

An AFP reporter in Benghazi said the ship reached the rebel stronghold in the east late on Monday. About 30 wounded on board were taken to hospital in the city.

The International Committee of the Red Cross also said it helped 618 migrants leave Misrata on Monday.

Thousands of Africans worked in Misrata, Libya’s third city, and many had been stranded for weeks without proper shelter or sanitation.

“The rebels say that Gaddafi is using black people to fight against them so won’t allow us to leave the city,” said evacuee Massud Idris (29) from Ghana, in Benghazi.

“If we leave the city to Tripoli, they thought Gaddafi will use us against them. So we were there for about two months” near Misrata’s port, he said.

Hussein al-Fortia, a former headmaster who became one of the leading figures of the revolution in the city, said on Monday: “Everybody in Misrata is on the frontline.”

Fortia, whose father and a brother died in prison in the early 1990s, said opposition to Gaddafi had long been building.

Now there were “maybe 3 000, maybe 5 000 fighters — no one knows,” holding off in Misrata against the better-armed Libyan military, he said.

In the city centre, the main Tripoli Street once lined with shops and upmarket apartments is now a jagged landscape of burnt-out vehicles, including tanks.

At least 1 000 dead
One 30-year-old rebel, Alaadin Kheshem, said they were surrounding a group of abandoned pro-regime snipers who were looting shops at night so they could eat.

The administrator of the main hospital in Misrata, Dr Khaled Abu Falgha, said that in all, 1 000 people are estimated to have been killed in the fighting that broke out in Misrata nearly six weeks ago, while another 3 000 people have been wounded.

“Eighty percent of the deaths are civilians,” he said.

Medics at the hospital said two people were killed and 30 people were wounded on Monday, fewer than in previous days.

There was sustained shelling during the afternoon, but this scaled back when Nato warplanes were heard overhead, an AFP correspondent said.

On Monday evening, loud blasts were heard, but it was impossible to determine if these were rocket fire or air strikes.

Human Rights Watch quoted doctors as saying more than 267 bodies had been taken to Misrata morgues as of April 15, mostly civilians, but that the actual toll was higher because some dead had not been retrieved.

“We didn’t commit any crime against our people,” he said in Sunday’s Washington Post.

“I am not going to accept it, that the Libyan army killed civilians. This didn’t happen. It will never happen.”

Nato is currently enforcing a UN-mandated no-fly zone designed to protect civilians, and Western allies have called for the end of Gaddafi’s four-decade rule.

In Paris, the influential chairperson of Parliament’s foreign affairs committee urged France to send special forces to Libya to guide in air strikes.

Axel Poniatowski warned that the Nato campaign could become bogged down because, from the air, pilots find it hard to differentiate between Gaddafi forces and the rebels, who use similar weapons and pick-ups.

“Without information from the ground, coalition planes are flying blind and increasing the risk of friendly fire incidents,” he said.

Renewed fighting was reported on Monday in Nalut near the border with Tunisia, and in the strategic rebel-held eastern crossroads town of Ajdabiya, and Nato air strikes on the town of Al-Aziziyah, south of Tripoli.

More than 100 people were killed in 24 hours in the rebel-held Al-Jabal Al-Gharbi district west of Tripoli after it was bombarded by Kadhafi forces, residents said.

“Kadhafi battalions have not stopped pounding the region, particularly Yafran and Nalut, with Grad rockets,” one Yafran resident said. “There have been 110 dead [since Sunday], civilians and rebels, in both cities.” – AFP