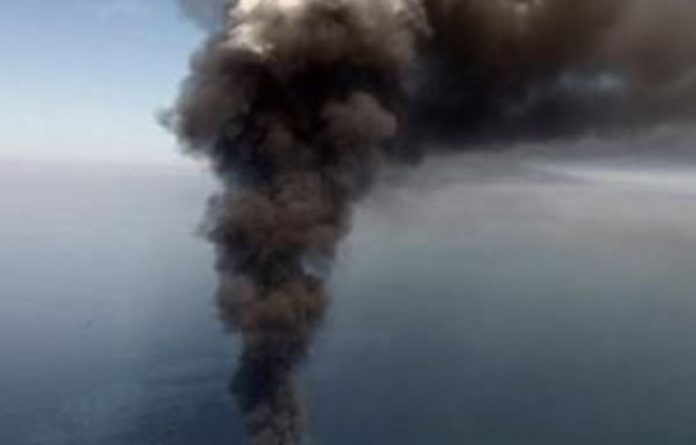 United States President Barack Obama on Wednesday vowed to do “whatever is necessary” to restore the Gulf Coast on the anniversary of the BP rig explosion, which caused the worst maritime oil spill in US history.

“The events that unfolded on April 20 2010 and the oil spill that followed underscores the critical link between the environment and economic health of the Gulf,” Obama said in a statement. “My administration is committed to doing whatever is necessary to protect and restore the Gulf Coast.”

One year ago an explosion and fire on the BP-leased Deepwater Horizon oil rig killed 11 workers and destroyed the platform, eventually causing about 4,9-million barrels of oil to gush into the Gulf of Mexico.

The oil spewed into the ocean for three months before the well was capped and had a devastating impact on Gulf Coast residents, the local ecosystem and the region’s vital tourism and fishing industries.

Obama vowed to “hold BP and other responsible parties fully accountable for the damage they’ve done and the painful losses that they’ve caused”.

“From the beginning, my administration brought every available resource to bear, amassing the largest oil-spill response in our nation’s history.

“At the height of the response, approximately 48 000 men and women worked tirelessly to mitigate the worst impacts of the spill. While we’ve made significant progress, the job isn’t done.”

The spill was 19 times larger than that caused by the 1989 Exxon Valdez tanker disaster, and is surpassed only by a 1910 gusher in California and deliberate releases by Iraqi troops during the 1991 Gulf War.

It has set up a $20-billion trust fund to cover compensation claims from fishermen and others affected by the spill, but said in its annual report that it cannot estimate how much it will eventually have to pay out.

BP hopes to recover a significant portion of the cost from its well ownership partners and from subcontractors Transocean, which ran the drilling rig, and Halliburton, which was responsible for the well’s flawed cement job.

Local residents have, meanwhile, complained about the slow pace of compensation from the disaster, which saw a third of the Gulf’s rich waters closed to fishing and scared off tourists.

They also fear that the spill — and the nearly two million gallons of chemical dispersants used to keep the oil from reaching shore — will cause long-term damage to the balance of life in the Gulf.

They point to the aftermath of the Exxon Valdez spill, when Alaska’s herring fisheries appeared healthy for the first few years, then collapsed from disease and still have not recovered. — AFP