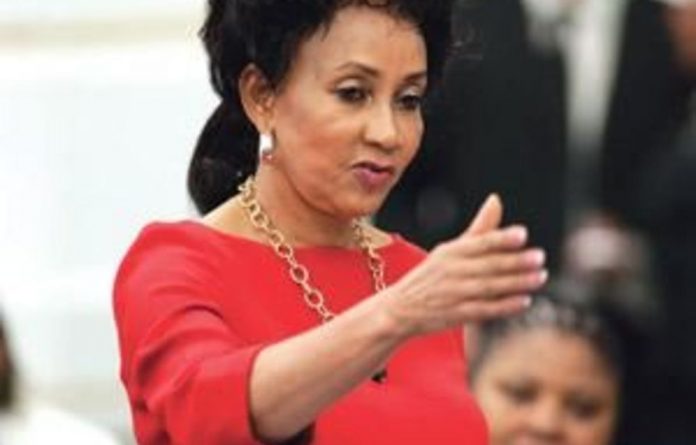 These include providing contract services to government departments and municipalities and helping municipalities with infrastructure development and repairs at a cost.

“It became quite clear to us that, in the short term, very little would change in the budget allocations of the defence force,” Sisulu told the M&G.
The defence budget has steadily diminished since 1994.

In the week Sisulu delivered her budget vote speech in Parliament, she said this financial year’s budget of R34,5-billion is “woefully inadequate”.

SANDF land includes endowment property given to the military when Britain withdrew from South Africa as the colonial power, as well as property that is managed by the department of public works.

“The British gave us that land on condition that it is used only for the betterment of the defence force. We may not sell it,” Sisulu said.

Partnership
The endowment property consists of 430 000 hectares, 35 000 buildings and 12-million square metres of surface area within buildings. But the SANDF is still in the dark about the properties it owns that are managed by the department of public works.

The proposed Defence Estate Management, an estate agency within the military, will manage the defence force’s land and ensure that accommodation is built and properly managed. A partnership with the private sector to develop SANDF land is on the cards, Sisulu said.

“We could have megaprojects on the building of accommodation for our soldiers. It benefits us because soldiers will have decent accommodation and also because we can create jobs.”

Moving the management and maintenance of the defence force’s buildings from the public works department will save the military the money it now pays for this service.

More than 35% of military barracks is unfit for human occupation, a 2007 report found. Sisulu blamed the public works department for its slow response to maintenance requirements. “We sit and wait for public works to repair the most basic infrastructure, which we are capable of doing,” she said.

“We have had to wait for years for some of the run-down barracks to be repaired because they [the department] do not have the capacity.” The defence budget is far below the 2% of the gross domestic product that the military needs, Sisulu said. But she added that “this money we are generating is for the benefit of the soldiers, not to supplement the bigger budget.

“We still want to make sure that we have our proper allocation from treasury.” The defence force still needlessly pays rent, Sisulu said. “Some of the buildings that we’re renting can be given up in favour of buildings that we own.”

Maritime industry experts have proposed that the SANDF open the naval dockyard in Cape Town to the private sector. Sisulu said the defence force is considering this as part of the proposed repositioning strategy of the defence industry.

“We have a draft proposal and we’re in discussions with Armscor and Denel over this.” Sisulu said soldiers will now use skills acquired as part of their military training to make money for the SANDF by helping other government departments, particularly at municipal level.

She said the income-generation route the SANDF is now taking has proved successful in other countries such as Malaysia, which the SANDF has consulted, as well as in China and Russia.