The silence of sounds 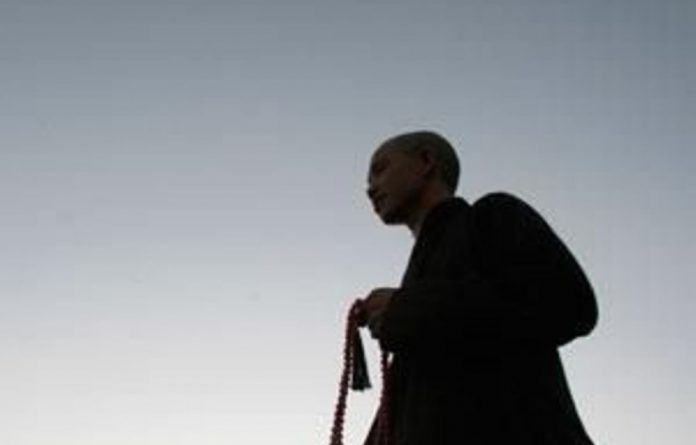 One day Buddha’s disciple Subhuti, in a mood of sublime emptiness, was sitting under a tree. Flowers began to fall on him.

Such enigmatic parables, from the 13th-century Zen Buddhist text Shaseki-shu (Collection of Stone and Sand) and later writings, have long fascinated the non-Buddhist world.

The Dharma Bums of Jack Kerouac found in them spiritual sustenance that Western creeds could not provide. Others have seen affinities between Zen and Dadaism/surrealism, as a systematic assault on rational thought and a raid on the subconscious mind.

The serenity and detachment of the Japanese and Chinese Zen masters resonated with the Beat generation’s cult of “cool”, but the 1950s counter-culture was also drawn to Zen’s freedom from the deadening clutter of doctrine, scripture and ritual.

It is an open question whether it is a religion at all, as opposed to an arduous spiritual regime the goal of which is the avoidance of suffering.

The divine realm is either absent or powerless to help suffering humanity — in the fable of Subhuti and the flowers, the gods are themselves shown as subject to the same iron laws as human beings and as grateful for the Buddha’s dharma (truth, method).

Zen has no church or priesthood; no prayers, sacrifices or propitiatory rites; no hygiene laws or religious regulation of women; and no exclusive and self-exalting community of believers, with its impulse towards intolerance, forced conversion and holy war.

As the individual makes his or her own spiritual destiny, there is no place for external agencies such as grace, a saviour/intercessor or Judge Eternal. Theological notions — including that of the Great Ladder of Being, which all life climbs or descends in successive incarnations ­- are irrelevant unless rooted in direct personal experience:
One day a 50-year-old student said to Shinkan: “I have studied the Tendai school of enlightenment since I was a little boy but one thing I cannot understand: Tendai claims that even the grass and trees will become enlightened. To me this seems very strange.”
“Of what use is it to discuss how grass and trees become enlightened?” asked Shinkan. “The question is how you yourself can become so!”

Zen (Cha’an in Mandarin Chinese) means “meditation”, the foundation of all practice. But it is bolstered by interviews between master and disciple that are robust, even brutal affairs, with the master employing verbal shock treatment, scolding “like a thunderstorm” and even cuffing his charges.

Bodhidharma, the Indian sage, is said to have introduced Zen Buddhism to China in 520BCE.

In Japan’s Rinzai school, conundrums, brief commentaries or fragmentary tales called koans lie at the heart of the method. Incapable of rational resolution, they are designed to stem “mind-wandering” and jolt students into new states of consciousness.

The Shaseki-shu tells of a disciple, Toyo, who was asked by the Zen master Mokurai to demonstrate the sound of one hand clapping. Toyo suggested the music of the geishas, dripping water, the cry of an owl and the sighing of the wind:
More than 10 times he visited Mokurai with different sounds. All were wrong. For almost a year he pondered what the sound of one hand might be.
At last little Toyo entered true meditation and transcended all sounds. “I could collect no more,” he explained later, “so I reached the soundless sound.”

The object of this joint travail is enlightenment, a blissful condition “seen once and forever”, where there is “neither earth nor water, light nor air” and which is variously described in Buddhist writings as the apprehension of No-thing, the island, the harbour, the refuge and the beyond.

In Zen it is seen as attainable in this life, without passing through endless rebirths. And it is a prize warranting any worldly sacrifice. Thus, a servant of the Japanese empress, rejected as a disciple by two masters because of her great beauty, was finally accepted after “she obtained a hot iron and placed it against her face. In a few moments her beauty had vanished for ever.”

There are parallels with the “infused contemplation” of Christian mystics, but enlightenment is not conceived as an ecstatic vision of the divine. It is seen, rather, as a treasure house within the psyche that can be unlocked by anyone who walks the hard “path of no coming and going”.

Centrally, it involves the transcendence of fear, greed, ambition and other sources of suffering rooted in the hierarchical dynamics of interpersonal behaviour. Zen often represents it as a release or unburdening, as in the tale of the nun Chiyono who could not “attain the fruits of meditation” over many years:
At last, one moonlit night she was carrying water in an old pail bound with bamboo. The bamboo broke and the bottom fell out of the pail and at that moment Chiyono was set free!
In commemoration she wrote a poem:
In this way and that I tried to save the old pail
Since the bamboo strip was weakening and about to break
Until at last the bottom fell out,
No more water in the pail!
No more moon in the water!

The paradox of Zen is that the sovereign detachment of enlightenment is not the same as indifference. In all Buddhist schools compassion for the groaning Creation is more than an ethical imperative — it is pivotal to breaking down the “unskilful” fallacy of the individual ego.

It is here, in the requirement of loving kindness and the notion that self-discovery must come through self-surrender, that Zen most closely approaches the mystical traditions of the monotheistic faiths.

There are echoes of Christ’s commandment: “Do good to those who hate you” in the tale of the monk Ryokan, who finds a thief in his bare hut where there is nothing to steal:
“You may have come a long way to visit me,” he told the prowler, “and you should not return empty-handed. Please take my clothes as a gift.”
The thief was bewildered. He took the clothes and slunk away.
Ryokan sat naked in the moonlight. “Poor fellow,” he mused. “I wish I could give him this beautiful moon.”

On first hearing the New Testament text, “Ask and it shall be given you, seek and ye shall find”, the Japanese master Gasan is said to have remarked: “That is excellent! Whoever said that is not far from Buddhahood!”

But Zen is more than a solitary spiritual pursuit – once described as “the inner art and vision of the Orient”, it has had a pervasive influence on the art, social mores and philosophical outlook of China and Japan.

It has been suggested, for example, that the Japanese may more readily come to terms with the horrors of the recent earthquake because of the widespread Zen-influenced practice of daily meditation on the worst misfortunes that could occur.

Similarly, Eastern ideas of mortality have been shaped by the stoical submission of Zen monks, who are repeatedly shown in the Shaseki-shu as calmly predicting the hour of their death.
In one moving anecdote the Chinese master Hoshin forecasts his end in seven days, and when the time comes calls his disciples to transcribe his farewell poem:
Then Hoshin dictated:

I came from brilliancy
And return to brilliancy.
What is this?

The poem was one line short of the customary four, so the disciple said: “Master, we are one line short.”
Hoshin, with the roar of a conquering lion, shouted “Kaa!” and was gone.

Soyen Shaku, the first Zen teacher to go to the United States, said “my heart burns like fire but my eyes are as cold as dead ashes”, underscoring the Zen ideal of the disciplined life that glows with inner intensity. Among his rules of daily observance were:
Receive a guest with the same attitude you have when alone. When alone, maintain the same attitude you have to receiving guests.
Watch what you say, and whatever you say, practise it.
Do not regret the past. Look to the future.
Upon retiring, sleep as if you had entered your last sleep. Upon awakening, leave your bed behind you instantly as if you had cast away a pair of old shoes.
Have the fearless attitude of a hero and the loving heart of a child.