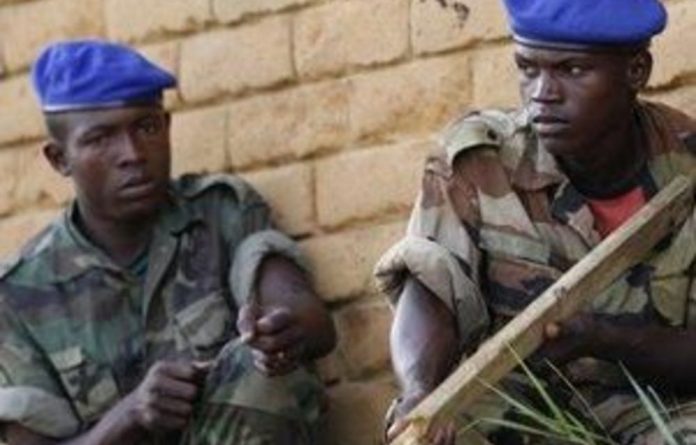 Fresh fighting and splits in the coalition that brought Alassane Ouattara to power could derail Côte d’Ivoire’s recovery.

Gunfire and explosions returned to Abidjan this week as Ouattara’s army takes on two separate militias resisting his control in the country’s commercial capital.

Reports of infighting in the port city of San Pedro, a polio outbreak and humanitarian emergency in the west indicate that the West African country’s return to normality will be far from smooth.

The violence in Abidjan, the worst since defeated president Laurent Gbagbo was toppled last week, is concentrated in two pockets: the northern suburb of Abobo and the western district of Yopougon.

Abobo is dominated by the “Invisible Commando”, a 5 000-strong force that took up arms against Gbagbo during the political stalemate.

But now the militia’s renegade leader, Ibrahim “IB” Coulibaly, is demanding recognition of his role in overthrowing Gbagbo. His forces, seen during the conflict as men in balaclavas policing makeshift checkpoints, are accused of widespread looting of vehicles and from businesses during the past week – and of ignoring a deadline to join the Republican Forces, Ouattara’s national army.

In response the national army has turned its guns on the former ally. Residents said Abobo shook with the sound of heavy machine-gun fire on Wednesday near Coulibaly’s headquarters. People scattered and ran to lock themselves into their homes.

“The fighting continues and we can hear vehicles moving through the streets, but we can’t go outside to find out what’s going on,” Amara Touré told Reuters.

Military sources said the Republican Forces’ attack on Coulibaly’s headquarters was met with resistance that lasted more than an hour. A fighter in Coulibaly’s militia, known as Capt Meyo Aka, told Associated Press that they drove government troops back and they left.

Coulibaly had pledged allegiance on Sunday to Ouattara, saying he regards the former prime minister as a father. Coulibaly protected Ouattara’s wife from 1990 to 1993 when he was head of her bodyguard corps.

The Invisible Commando and the northern New Forces, which were incorporated into the Republican Forces, have little in common beside their hatred of Gbagbo; disagreements between them have at times been violent.

Factionalism exposed
Coulibaly, who led a failed coup against Gbagbo in 2002, is a longtime rival of Ouattara’s prime minister and military commander, Guillaume Soro. Without an enemy to unite against, factionalism in the Ouattara camp is being exposed.

“The other day he said he was at the disposal of Mr Ouattara, but no one trusts him and that’s the problem. There’s a lack of confidence and I don’t know what is going to be done. It may need a military action again if they fail to solve it by negotiation.”

Meanwhile, across the city in Yopougon, where the UN mission maintains 24-hour patrols, fighting also continues in an offensive to “mop up” pro-Gbagbo loyalists.

Yapi added: “In Yopougon the militiamen and mercenaries loyal to Gbagbo are still operating. Three high-ranking pro-Gbagbo soldiers are still at large. We don’t know if they are planning anything.”

He warned: “Militiamen loyal to Gbagbo had confided they could create a rebel group if Gbagbo was to be captured, but there are some measures being taken to prevent such a group being organised.”

Infighting among Ouattara’s forces erupted in the south-western cocoa port of San Pedro on Wednesday. One source said the shooting started when one group of soldiers tried to stop another from looting. UN peacekeepers intervened after Ivorian fighters started launching mortars and rockets downtown.

The continued fighting has set back hopes of quickly restoring security and reviving the economy; the post-election struggle dragged on for more than four months.

Richard Moncrieff, at the South African Institute for International Affairs, said Ouattara does not have command and control over troops who entered Abidjan to oust Gbagbo. “This could have serious repercussions for what is to come,” he told AP.

A million people have fled Abidjan and another million are displaced in the country or have fled to neighbours. Thousands have been killed and wounded.

The World Health Organisation said on Thursday that polio has broken out, with three cases confirmed in children. The UN agency warned that it may spread within Côte d’Ivoire, where disease surveillance is poor, and to other parts of west Africa.

“The outbreak response may be constrained by the current security situation in Côte d’Ivoire,” the WHO said.

Médecins Sans Frontières has reported a “dire” situation in the west of the country, where divisions between communities are the deepest and some of the worst atrocities have taken place. – guardian.co.uk