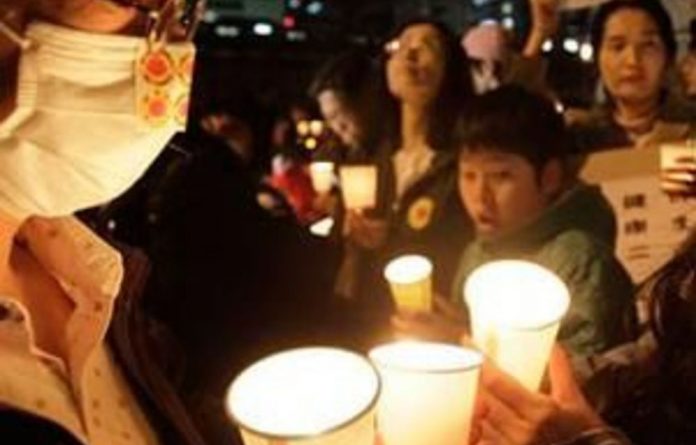 The reconstruction of Japanese towns and cities devastated by a deadly earthquake and tsunami last month could take a decade, an advisory panel to the government tasked with coming up with a blueprint for rebuilding said on Tuesday.

The March 11 earthquake and tsunami, which left a large swathe of Japan’s north-east in ruins, killed at least 13 000 people, forced about 130 000 into shelters and is estimated to have caused $300-billion-worth of damage.

“The first three years would be needed for tasks like rebuilding roads and constructing temporary housing,” said Jun Iio of Japan’s Reconstruction Design Council, formed after the quake to advise the government’s rebuilding efforts.

Iio, a political science professor, told a news conference that another four years may be necessary to rebuild towns, and it could take even longer to achieve full recovery.

“We have to bear in mind that the area afflicted by the disaster is much larger than Kobe,” Iio said, referring to the Japanese city ravaged by a powerful earthquake in 1995.

The council, comprising scholars, local governors, business executives and even a Buddhist priest, have also said the challenges of rebuilding after the March disaster have been made greater by a crisis at a tsunami-stricken nuclear power plant.

Tens of thousands of residents around the Fukushima Daiichi plant have been ordered to evacuate after the tsunami knocked out the plant’s cooling functions, leading to leaks in radiation in the world’s biggest nuclear disaster since Chernobyl in 1986.

Ratings down
The government’s ratings are down as evacuees complain about the slow pace of temporary housing availability, while farmers and fishermen affected by radiation leaks from the Fukushima plant are clamouring for a compensation plan from the government and the plant’s operator, Tokyo Electric Power Company (Tepco).

Hundreds of farmers, wearing green scarves and accompanied by two cows, protested at the headquarters of Tepco on Tuesday, waving lettuces and cabbages into the air and shouting “Pay compensation!” and “Give us back our homeland!”

“Just from spinach, we’ve had a loss of 22-million yen [$268 800],” said a farmer from Ibaraki prefecture, standing next to crates stuffed with spinach. The government has banned shipments of spinach from some areas of Ibaraki, south of Fukushima, after radiation checks.

The government has said it would compensate farmers and fishermen affected by shipment restrictions, but it has not said by how much, while those whose goods have not been restricted are also demanding compensation after a plunge in sales.

About 100 anti-nuclear protesters later gathered separately in front of the Tepco office to mark the 25th anniversary of the Chernobyl disaster.

“We don’t need another Chernobyl and we don’t need the Fukushima plant,” said Ryota Souno (29), a part-time worker, as protesters made speeches to the sound of drums and guitars.

Beyond politics
Members of the reconstruction council called for greater regional autonomy to deal more smoothly with rebuilding and also said the huge work ahead had to transcend political divisions in a country, where a fragile political truce inspired by the disaster has collapsed.

“Reconstruction efforts go beyond political issues. We can invite opinion from opposition parties as well as the ruling party,” said Makoto Iokibe, the council’s head and president of Japan’s National Defence Academy.

The next packages are likely to involve a mix of taxes as well as borrowing in the bond market, which could strain Japan’s debt-laden economy.

Opposition parties, who can block legislation in Japan’s divided Parliament, have shown little sign of cooperating with Prime Minister Naoto Kan, while lawmakers in Kan’s own party are adding pressure on him to resign, although he is unlikely to step down any time soon. — Reuters