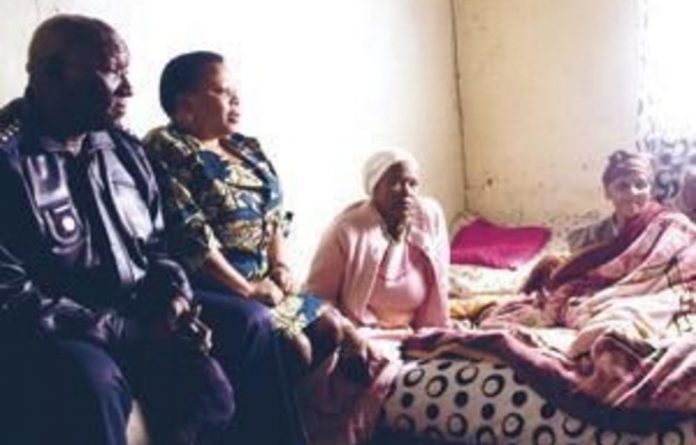 ‘The management took a decision in Kimberley last week to give them a refresher course on how to handle protests,” he said while on a walkabout on a local beach.

The decision followed several recent incidents of police brutality that were reported to police watchdog, the Independent Complaints Directorate. The most widely publicised one was the death of protester Andries Tatane, allegedly at the hands of eight police officers, during a service delivery protest in Ficksburg in the Free State on April 13.

‘Protests should be handled properly. There should be no one who gets hurt. Protesters who become violent should be arrested,” Cele said.

The 8 500 officers to be sent on the course worked on crowd control during the 2010 soccer world cup.

‘They wont go for training all at once because there are too many.”

On Tatane’s death, Cele said: ‘The ICD is dealing with the issue. I believe there is progress.”

The training would also remind officers how to use rubber bullets.

‘There is a proper way of using rubber bullets. There has to be a certain distance [between the officer and the person being shot at],” he said.

There had been speculation that Tatane could have been killed by rubber bullets fired into his chest at close range.

Two more Bloemfontein public order policing unit officers, a lieutenant-colonel and sergeant, would appear alongside them later after being arrested last Wednesday. — Sapa

The ideological aims of the criminal justice system in dysfunctional societies, like South Africa, is to indirectly legitimise the inequitable economic system
Read more
Politics

Persistent rumours of a cabinet reshuffle may be jumping the gun, but they do reflect the political realignment taking place within the ANC
Read more
Politics

The department is fighting with a small Free State town, which it accuses of continuing to employ an illegal immigrant
Read more
Cartoons

It appears that those tasked with enforcing the law don't know it.
Read more
Opinion