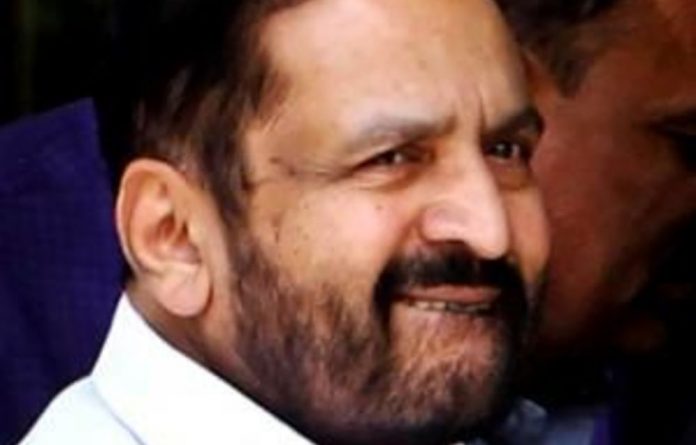 A furious critic threw a slipper at the organiser of India’s Commonwealth Games and others ransacked his office after his arrest on a corruption charge unleashed a new wave of anger over widespread graft and its effect on the country’s reputation.

Suresh Kalmadi — who had promised the New Delhi games would be a spectacle to rival the 2008 Beijing Olympics — has become the focus of anger over India’s humiliation by allegations of graft, construction delays and massive cost overruns in the October staging of the sporting event.

He was arrested on Monday and charged with conspiracy in connection with an allegedly overly sweet contract for timing and scoring equipment from a Swiss company — one of many deals being questioned in the ongoing probe. Investigators also arrested two others on Kalmadi’s organising committee and said more suspects would be taken into custody in coming days.

At a hearing Tuesday, a judge ordered Kalmadi be detained for eight days for further questioning. Federal investigators had asked for even more time, saying he and others arrested in the case were being uncooperative and evasive.

“They are not revealing the true facts and circumstances of the criminal conspiracy,” the Central Bureau of Investigation said, according to the Press Trust of India.

Over budget
The Games’ final $15-billion price tag — several times the initial $412-million estimate — had shocked the country and dented the reputation of Prime Minister Manmohan Singh’s government, which along with the Commonwealth Games Federation had selected Kalmadi, a longtime sporting official, to head India’s event committee.

The governing Congress Party, meanwhile, fired Kalmadi as its parliamentary secretary in November, and on Monday suspended him from the party itself. The sports minister demanded Kalmadi be replaced on the country’s Olympic association after about 15 years as its president.

Following Kalmadi’s arrest, party activists ransacked his office and tore down his photo at the Congress building in Pune, the western city outside Mumbai that Kalmadi represents as a lawmaker in Parliament.

Slipper hurled
One man hurled a slipper at Kalmadi on Tuesday as he arrived at court in New Delhi. Police immediately grabbed the man and subdued him in a headlock.

Delhi’s chief minister, also under fire for the pricey staging of the Games, said Tuesday there was likely a justification for Kalmadi’s arrest.

“Nothing is done without any basis,” Sheila Dikshit said. She has insisted city officials committed no wrongdoing, and always pointed to Kalmadi’s organising committee as the source of any corruption.

Despite years of preparations, the last days before the October 3 opening ceremony were fraught with chaotic efforts to finish construction, clean filthy athletes’ quarters and assuage security concerns that had some teams threatening to skip the two-week event altogether.

Kalmadi saw his control slip just weeks before the start when the government assigned several ministers to his organising committee after an audit body identified concerns over bidding procedures and inflated costs.

In the end, the event was staged on time and deemed a success.

Kalmadi is the highest highest-ranking member arrested in the probe.

The investigating bureau said that, on his watch, the government was bilked out of about $31-million, paid to Swiss Timing for equipment available from a Spanish company for less. It said competition for the contract had been wrongfully restricted, with no clear criteria for selecting the winning bids and alleged coercion and threats against those making the final decision.

Swiss Timing — a subsidiary of watchmaking giant Swatch Group that provides timekeeping services at the Olympic Games and other sporting events — denied any allegation of wrongdoing or irregularities on its part, and said Tuesday it had not been contacted by Indian investigators.

The International Olympic Committee (IOC) declined to discuss the case. “Since a criminal investigation is under way in India it would not be appropriate for the IOC to comment at the present time,” spokesperson Mark Adams said.

The Swiss Timing deal is just one of many being scrutinised by investigators, who filed their first lawsuits in November against two London-based companies involved in the Queen’s Baton Relay ceremony held a year before the Delhi Games.

Allegations of funding irregularities for that event led to the arrest of committee members TS Darbari and Sanjay Mahendroo and a warrant for the companies’ director that accused him of cheating and colluding with Games officials to provide service at exorbitant rates justified through forged documents or false price quotes. — Sapa-AP