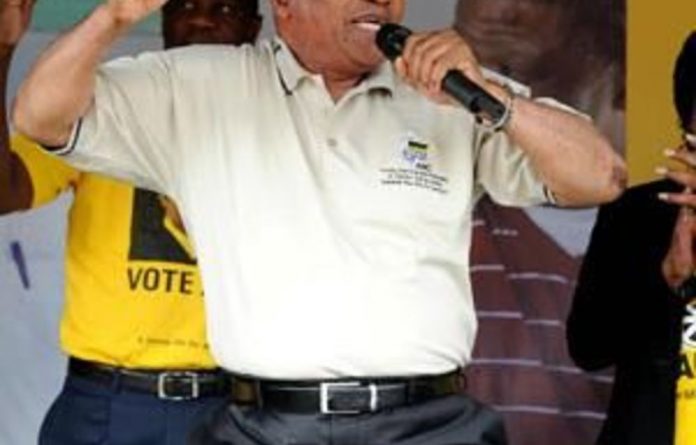 “We have to ensure the appointment of qualified and experienced personnel, the transparency of tender and procurement systems, and also improve the levels of financial management and accountability,” Zuma said at Freedom Day celebrations at the Union Buildings in Pretoria.

He said a number of issues would be attended to after the elections to implement a local government turnaround strategy that was adopted by Cabinet.

Municipalities in distress needed to be provided with more effective and direct support, in line with the needs of each municipality.

“The ‘one-size-fits-all’ approach does not work,” he said.

There was also a need to find better ways of managing the relations between councillors and municipal officials, he added.

‘Substantial progress’
But despite some problems with municipalities, Zuma said he was proud of the “substantial progress” South Africa had made since 1994, in comparison with other countries that had deteriorated after liberation.

“We have done exceptionally well against all odds, in only 17 years,” he said.

He spoke of the importance of Chapter 9 institutions like the office of the Public Protector and the South African Human Rights Commission, which formed part of available mechanisms to ensure that apartheid never recurred.

He urged South Africans not allow anyone or any grouping in society to reverse the gains of the country’s hard-won democracy.

This day, he said, marked the celebration of a freedom and democracy obtained through the blood, sweat, tears, and sacrifices of scores of freedom fighters and ordinary South Africans.

“We must therefore commit ourselves to not allow anyone or any grouping or structure in our society to trivialise our freedom or to reverse the gains of our hard-won democracy.”

Heckling
He also spoke of the pain caused by the legacy of apartheid that stripped away the dignity of millions of South Africans.

Referring to the Group Areas Act of 1950, which designated residential areas according to race, Zuma said the scars caused by forced removals remain to this day.

The government was attempting to reverse the effect, he said.

“Thousands more still bear the psychological scars of being bundled into Bantustans or so-called homelands.”

People climbed into trees to get a glimpse of Zuma and the parade.

The national anthem was played in the background by a military band shortly after Zuma arrived amid tight security.

The crowds at some stage had to be called to order by Mashatile, after they heckled Democratic Alliance and Inkatha Freedom Party officials.

Freedom Day marks 17 years since the first democratic elections in South Africa on April 27 1994, which voted the African National Congress and its then-leader, Nelson Mandela, into power.

South Africans will go to the polls again on May 18 this year for local government elections. — Sapa