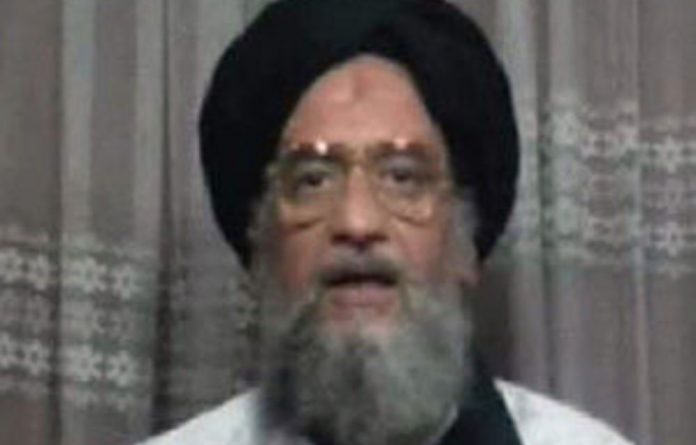 But it was the strategic thinking and the organisational skills of his Egyptian right-hand man that kept the terror network together after the United States invaded Afghanistan in 2001 and pushed al-Qaeda out.

It’s too early to tell how exactly al-Qaeda would change with its founder and supreme mentor gone, but the group under al-Zawahri would likely be further radicalised, unleashing a new wave of attacks to avenge Bin Laden’s killing by US troops in Pakistan on Monday to send a message that it’s business as usual.

Al-Zawahri’s extremist views and his readiness to use deadly violence are beyond doubt.

In a 2001 treatise, Knights Under the Prophet’s Banner, he set down the long-term strategy for the jihadi movement — to inflict “as many casualties as possible” on the Americans, while trying to establish control in a nation as a base “to launch the battle to restore the holy caliphate” of Islamic rule across the Muslim world.

Unlike Bin Laden who found his Jihadist calling as an adult, al-Zawahri’s activism began when he was in his mid-teens, establishing his first secret cell of high school students to oppose the Egyptian government of then president Anwar Sadat he viewed as infidel for not following the rule of God.

The doors of jihad opened for him when, as a young doctor, a visitor came to him with an offer to travel to Afghanistan to treat Islamic fighters battling Soviet forces. His 1980 trip to the Afghan war zone — only a few months long but the first of many — opened his eyes to a whole new world of possibilities.

‘Training course’
What he saw there, he was to write 20 years later, was “the training course preparing Muslim mujahideen youth to launch their upcoming battle with the great power that would rule the world: America”.

The bond between al-Zawahri and Bin Laden began in the late 1980s, when al-Zawahri reportedly treated the Saudi millionaire-turned-jihadist in the caves of Afghanistan as Soviet bombardment shook the mountains around them. The friendship laid the foundation for the al-Qaeda terror network, which carried out the September 11 2001 suicide airplane hijackings that sparked the US invasion of Afghanistan later that year.

The attacks on the World Trade Centre and Pentagon made Bin Laden enemy number one to the United States. But he likely could never have carried it out without al-Zawahri. Bin Laden provided al-Qaeda with the charisma and money, but al-Zawahri brought the ideological fire, tactics and organisational skills needed to forge disparate militants into a network of cells in countries around the world.

While Bin Laden came from a privileged background in a prominent Saudi family of Yemeni descent, al-Zawahri had the experience of a revolutionary in the trenches. “He spent time in an Egyptian prison, he was tortured. He was a jihadi from the time he was a teenager, he has been fighting his whole life and that has shaped his world view,” Hoffman says.

Perhaps even more significant than al-Zawahri’s role before the 9/11 attacks was his task afterward, when the 2001 US invasion of Afghanistan demolished al-Qaeda’s safe haven and scattered, killed and captured its fighters and leaders. The blow was personal as well — al-Zawahri’s wife and at least two of their six children were killed in a US airstrike in the southern Afghan city of Kandahar.

Al-Zawahri ensured al-Qaeda’s survival, rebuilding al-Qaeda’s leadership in the Afghan-Pakistan border region and installing his allies as new lieutenants in key positions. Since then, the network inspired or had a direct hand in attacks in North Africa, Saudi Arabia, Yemen, Pakistan, the 2004 train bombings in Madrid and the 2005 transit bombings in London.

Meanwhile, al-Zawahri — with his thick beard, heavy-rimmed glasses and the prominent mark on his forehead from prostration in prayer – became the new face of al-Qaeda, churning out web videos and audiotapes while Bin Laden faded from public view for long stretches.

‘Do you know where I am’
In his videos, he lay down strategy, mocked the failures of former president George Bush and urged unity among jihadi ranks — wagging his finger to make his points, often with an automatic rifle visible by his side, the ideologue and the fighter at the same time.

“Bush, do you know where I am?” he sneered in a January 2006 video weeks after a US airstrike in Pakistan that targeted him but missed. “I am among the Muslim masses … and I’m participating in their jihad until we defeat you.” A similar strike in October that year would also miss him.

It was the 2008 election of Obama to the US presidency, however, that would present al-Zawahri with his greatest propaganda challenge as he sought to maintain Muslim anger against a US leader of African origins with “Hussein” as middle name.

In one of his most infamous video messages issued two weeks after the election, al-Zawahri described Obama as “house negro,” a slur for blacks subservient to whites — even Bin Laden was more sparing of Obama in his criticism of the new US president.

But before al-Qaeda — and before al-Zawahri focused his wrath on the “far enemy,” United States — his goal was to bring down the “near enemy”, the US-allied government of then president Hosni Mubarak in his native Egypt.

He was born June 19 1951, the son of an upper middle class family of doctors and scholars in the Cairo suburb of Maadi. His father was a pharmacology professor at Cairo University’s medical school and his grandfather, Rabia al-Zawahri, was the grand imam of Al-Azhar University, a premier centre of religious study.

From an early age, al-Zawahri was enflamed by the radical writings of Egyptian Islamist Sayed Qutb, who taught that Arab regimes were “infidel” and should be replaced by Islamic rule.

In the 1970s, even as he earned his medical degree as a surgeon, he was active in militant circles. He merged his own militant cell with others to form Islamic Jihad and began trying to infiltrate the military — at one point even storing weapons in his private medical clinic.

Then came the 1981 assassination of Sadat by militants from Islamic Jihad. The slaying was carried out by a different cell in the group — and al-Zawahri has written that he learned of the plot only hours before the assassination took place.

But he was arrested along with hundreds of other militants and served three years in prison. During his imprisonment, he was reportedly tortured heavily — one factor some have cited as pushing him into a more violent radicalism.

After his release in 1984, al-Zawahri returned to Afghanistan and joined the Arab militants from around the Middle East who were fighting alongside the Afghans against the Soviets. He began courting Bin Laden, who was becoming a heroic figure among radicals for his financial support of the mujahideen, as well as fighting alongside them.

At the same time, al-Zawahri began reassembling Islamic Jihad and surrounded Bin Laden with Egyptian members of Jihad such as Mohammed Atef and Saif al-Adel, who would one day play key roles in putting together the September 11 attacks.

The alliance established al-Zawahri as Bin Laden’s deputy and soon after came the bombings of the US embassies in Africa, followed by the 2000 suicide bombing of the USS Cole off the coast of Yemen, an attack al-Zawahri is believed to have helped organise. – Sapa-AP

Identity politics is about our quest for recognition

The "Bin Laden report" is the result of an investigation by a commission appointed by the Pakistan government into the slaying of Osama bin Laden.
Read more
Africa

Egypt's President Mohammed Morsi has given himself high grades, spending much of a nearly two-hour speech talking about fuel, trash and bread.
Read more
World

The former cook of slain al-Qaeda founder Osama bin Laden has returned to his native Sudan after his release from Guantanamo Bay in Cuba.
Read more
Advertising
Continue to the category
National