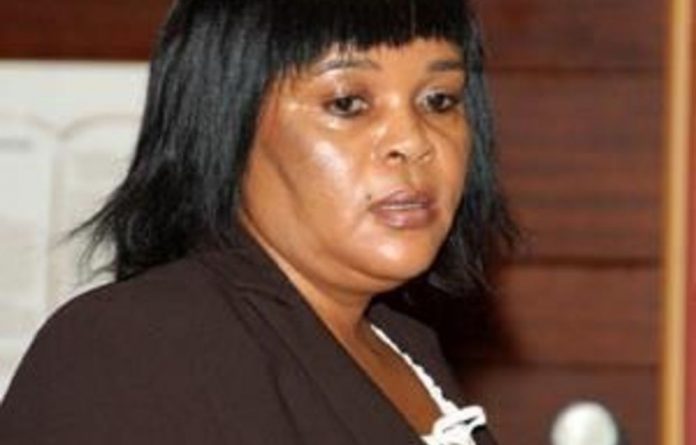 Judgement in the Sheryl Cwele drug trafficking trial was postponed on Wednesday after the state submitted an urgent application to have the case reopened.

The Mail & Guardian understands the prosecution was looking to refute the defence’s earlier attacks on the veracity of telephone and SMS transcripts between Cwele, her co-accused Frank Nabolisa and the women they are accused of attempting to recruit as drug mules: Tessa Beetge and Charmaine Moss.

State prosecutor advocate Johan du Toit is likely to introduce two expert witnesses to testify on both the efficacy of the phone taps and the reliability of the intercepted messages.

Both Cwele and Nabolisa’s lawyers have opposed the application and arguments are scheduled to be heard on Thursday before Judge Piet Koen in the Pietermaritzburg High Court.

Cwele, the wife of intelligence minister Siyabonga Cwele, is facing charges of drug trafficking and conspiring to recruit drug mules. Beetge, one of the woman the state alleges Cwele recruited, is currently serving time in a Brazilian prison after being convicted of drug-trafficking. She was found with 10kg of cocaine in her luggage at a São Paulo airport en-route to South Africa in 2008.