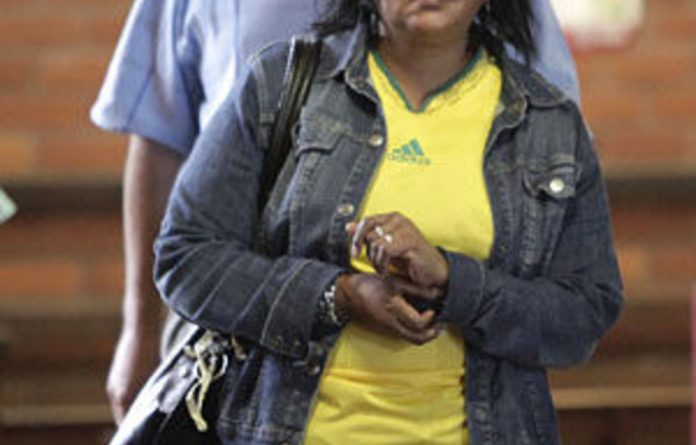 Sheryl Cwele, the wife of State Security Minister Siyabonga Cwele, was on Thursday found not guilty on two of the charges she faced related to drug trafficking.

Justice Piet Koen is still handing down judgment in the trial in the Pietermaritzburg High Court.

Cwele, together with co-accused Frank Nabolisa, a Nigerian national, is charged with one count of dealing in dangerous dependence-creating drugs or conspiring to do so, and two counts of incitement to dealing in dangerous dependence-creating drugs. The latter related to allegedly recruiting Tessa Beetge, who is serving an almost eight-year prison sentence in Brazil, and Charmaine Moss, another state witness, to traffic cocaine.

Judge Koen found the two accused not guilty on the two charges of incitement as the state had not sufficiently proved the allegations.

The contents of the intercepted calls and text messages were, according to Koen “one of the main controversial issues of the trial”.

The defences for both accused had separately attacked the veracity of the transcripts during the trial, suggesting, especially, that the procedures and functionality of the equipment used to record and transcribe the communications could not be authenticated — a contention that led to a remarkable attempt by the state to this week have the case reopened so that expert witnesses could testify on these issues.

The state’s urgent application was dismissed by Koen, who concurred with the defence’s objection that it was “obstinate”.

Koen in a ruling critical of the state’s ineptitude, said: “There is no indication that the two witnesses [which the prosecution sought to introduce] were not available at the time when the evidence was being advanced in court. There is no satisfactory explanation advanced as to why they were not called at the time.”